You are here: Home / Blog / Quilting / Red and White and Documentation

There’s an online/virtual show of Red and White quilts going on right now, and I thought I’d participate. I started looking through my photographs and came to the realization that I have never actually made a red and white quilt.

I was sure I had made SOMETHING, but as I thought about it, I realized that whenever I make a quilt with red and white in it, there is always another color — blue, black, green….

I had decided I was going to write a post showing off all of my almost red and white quilts, and started to look through photos with an eye towards that goal.

And then something even more shocking happened: I found pictures of a quilt that I had made, that I hadn’t remembered making, until I saw the pictures. Now that I’ve stared at these pictures long enough, I do remember this one, but I have no idea where it went. I’m thinking I probably gave it away as a baby gift. Maybe? As far as the design itself, I think it was probably something I made up on my own, probably after seeing something like it on the Internet somewhere. The pictures were taken in December 2006, so I’m assuming a late 2006 creation timeframe. 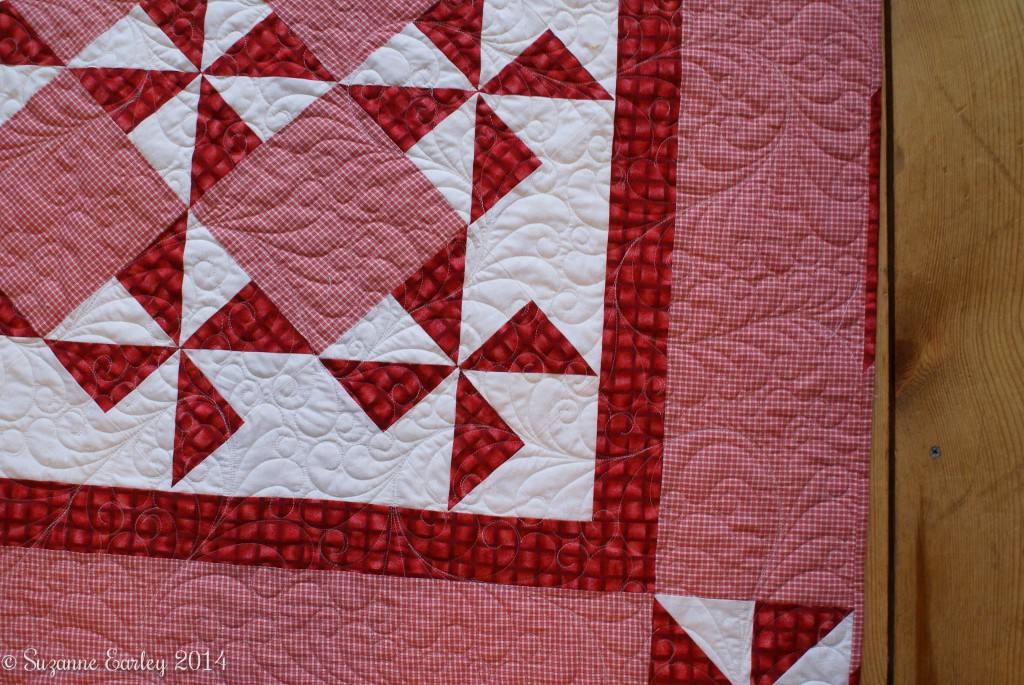 Unfortunately, none of the pictures I have of it are actually very good. It was quilted using my Meandering Magic technique, using the swirly feather variation. It’s really pretty cute! 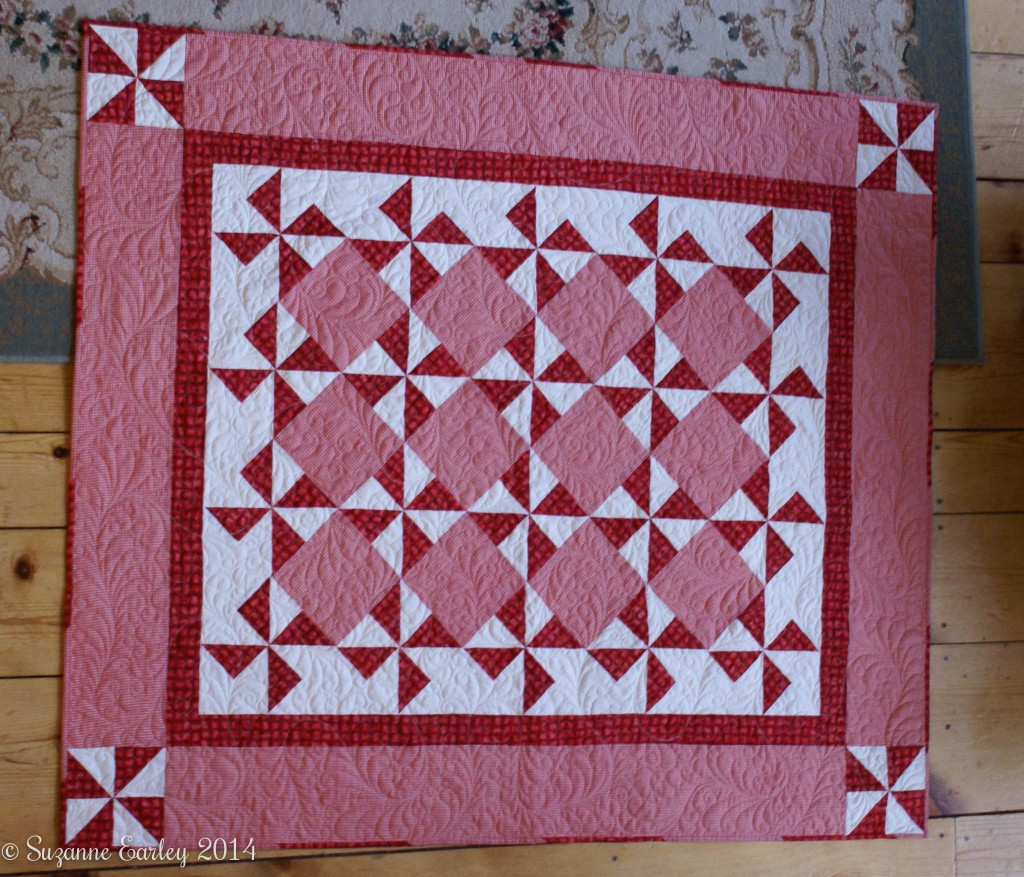 So, there’s my one red and white quilt. As mentioned in a previous post, I’m thinking about a Radiant Star quilt, in red and white, and even if I don’t do that, I’ll definitely be making SOMETHING that is just red and white!

This has led me to another realization though: I need to do better about documenting the quilts I make. I have started a notebook in Evernote, and made a template note that has headers for the different kinds of things I would want to keep track of for the quilts I make.

A lot of things are probably buried here in the blog, or on MQResource, and I’m going to take a wild guess that this red and white quilt was probably documented on Longarmchat.com, but that site’s archives are long gone. I’m going to start trying to put existing quilts into my journal in Evernote, and while a lot of it will say “unknown,” it will be something. After I get some time and experience under my belt with a system, I’ll share more about using Evernote for this.

I did poke around to see if there’s some software for quilt journalling, but I didn’t find much. I think using Evernote will work pretty well for me, but we’ll see. I’ll be going through blog archives, too. Even though the information might be HERE, on the blog, it’s buried in with everything else, and I think I like the idea of using a single repository in Evernote, so I can see ALL of the quilts I’ve made. It’ll be interesting to eventually figure out how many that actually is.

Question for other quilters: do you do something to document the quilts you make?

Call to action: go visit the linky page for the Red and White quilt show, sponsored by SewCalGal. And think about participating, too! You have until the end of the day tomorrow to share your red and white quilts!