Oh, Iowa Weather. You are so ridiculous. 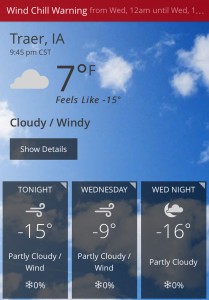 We’ve been on winter break since December 24th, scheduled to go back to school today, and…it snowed last night. And is going to be bitterly cold tomorrow, so…a two day extension on the winter break. Again. I know I posted yesterday about planning a red and white quilt, but I decided not to let myself go off on any wild tangents with new projects. I have plenty in progress, and after spending some time on a knitting project: 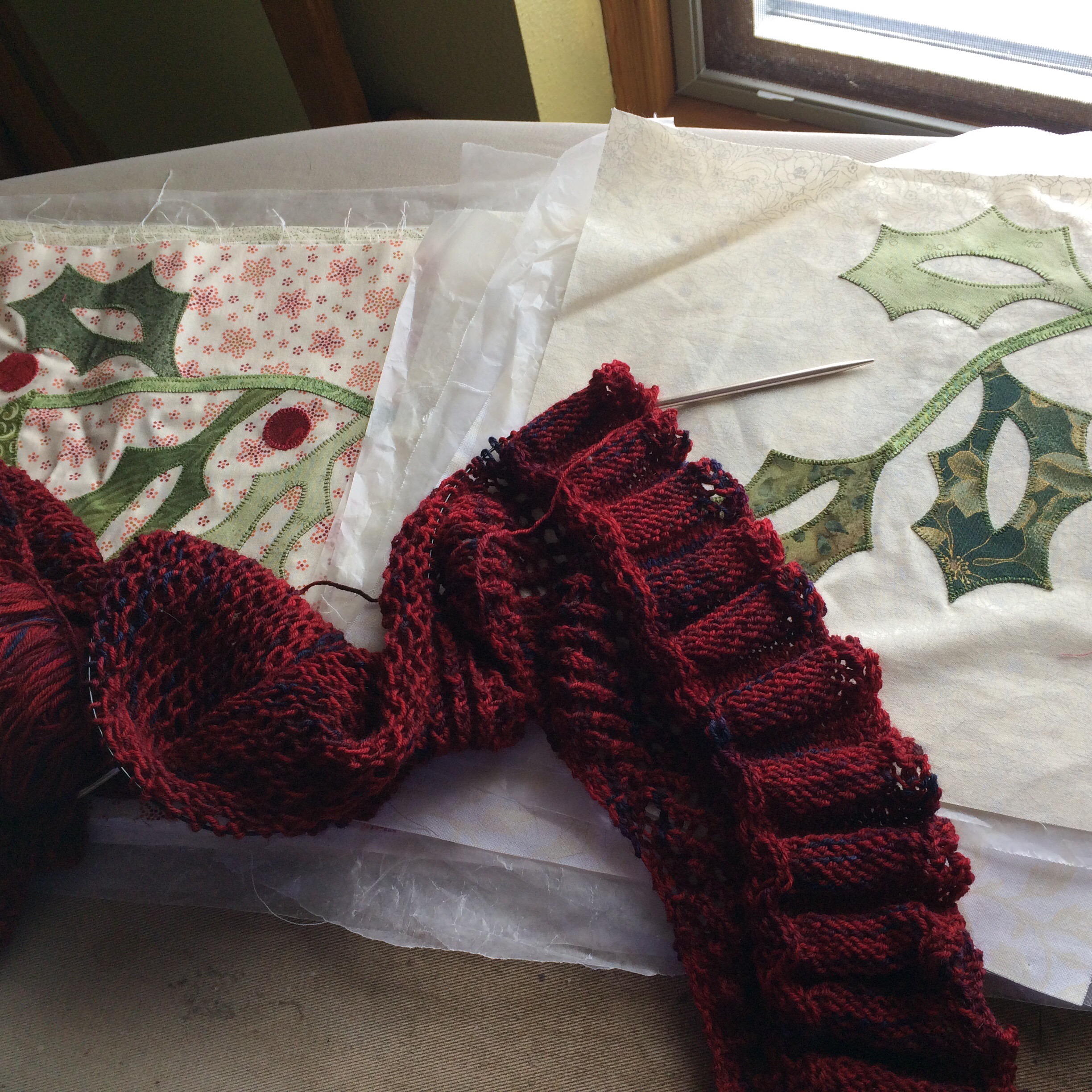 I spent some time working on an existing applique project. And in between bouts of working on the applique (of the border pieces, the body of the quilt is done, and HAS been done for some time), I worked on cleaning up my studio.

Evidence of which can be seen in the laundry baskets in the photo, but no other pictures of my progress, yet. I took a bunch of before pictures, and I am not going to show my shame until I can also post after pictures. The really annoying thing is that I actually made a ton of progress today, and it didn’t take nearly as long as I suspected it would. Why do I have to keep learning that lesson? I’m generally fairly clever, but sometimes I can be awfully stupid.

With another day off tomorrow, I guess I’ll have lots more time to work on both the clean up and the applique. With any luck, the applique will actually get finished tomorrow! I’ve only been working on this quilt since January 2010. I have others that have been marinating even longer. Maybe by the time I finish them, they’ll be back in style again.