You are here: Home / Blog / Photography / What I did on my day off

I had a whole bunch of things I should have been doing yesterday, but mostly I worked on this: 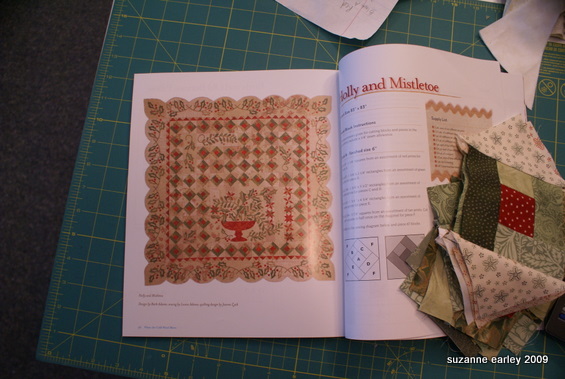 A few week’s ago, someone posted on their blog that they were going to be starting this quilt (and I wish I could remember who it was, so I knew who to blame…) and just had to have it.  The book is from Blackbird Designs, it’s called When the Cold Wind Blows.

I started doing some of this as soon as I got the book, but spent yesterday finishing the cutting, and working on piecing. 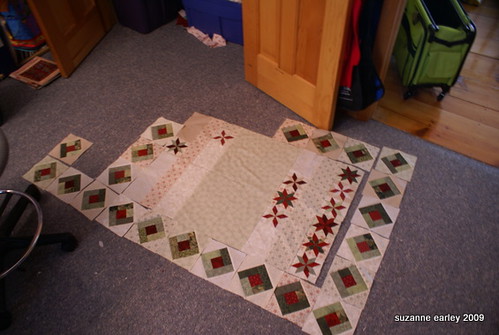 That large applique panel with the stars was already pieced, I worked the square in a square blocks yesterday.

I’m still debating about the applique.  The debate is hand vs. machine applique.  It’s a question of which lifetime I want to have this finished in.  This one?  Then it had better be machine.  THe next one?  Yeah, the hand applique would be awesome but I’m notoriously slow at all.  I love doing it, but it requires sitting in one place, and I don’t seem to be able to do that lately.  Although, that’s really dumb, because I spend plenty of tiem sitting at the sewing machine, so…I’m not really sure what the problem with getting handwork done is.

I do really like the quilt, although I have to say that the Blackbird Designs style of pattern writing is not necessarily for the faint of heart, or for the type that needs to be told exactly what to do.  That doesn’t sound right:  the instructions are complete, but could be confusing.  The way they list the yardage and then how they tell you to cut isn’t quite as…I don’t know.  Obvious? Specific?  Something.  I’ll try to be more coherent tomorrow.  I’m pushing my luck on my ability to type straight as it is.

Anyway.  That’s what I was doing yesterday.

I also had to make supper for Mark’s birthday, and I had to make him a card.  (It was his last-birthday-of-his-30s yesterday.  He’s so much older than me, you know.  OK, 18 months older, but from now until June, I get to pretend that he’s TWO WHOLE years older than me.  Which is way older.  And if you can unravel all of that, you can figure out how old (young?) I am, too.)

Happy Birthday to You

Happy Birthday to You

You live with some monkeys 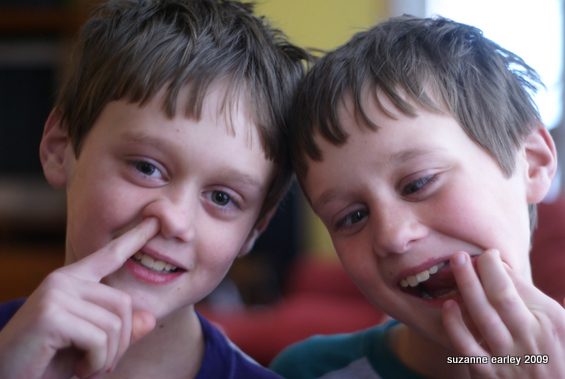 They escaped from the zoo.

The light was horrible.  I tried to get a good “serious” picture of them as well, this was the best of what I took.  It looks better here small than the full-res version does: 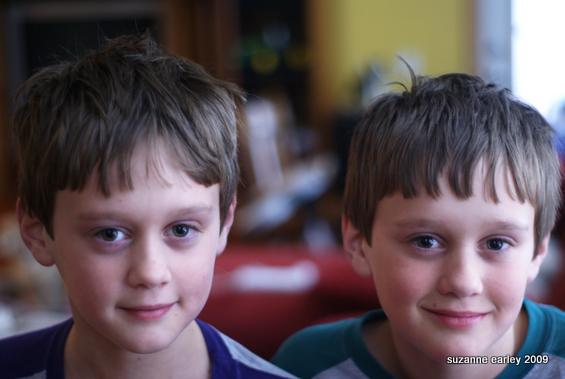 As I said, we had lighting issues, but it also didn’t help that they are not very willing subjects.

Cute, though, aren’t they?