You are here: Home / Blog / Quilting / Just like riding a bike 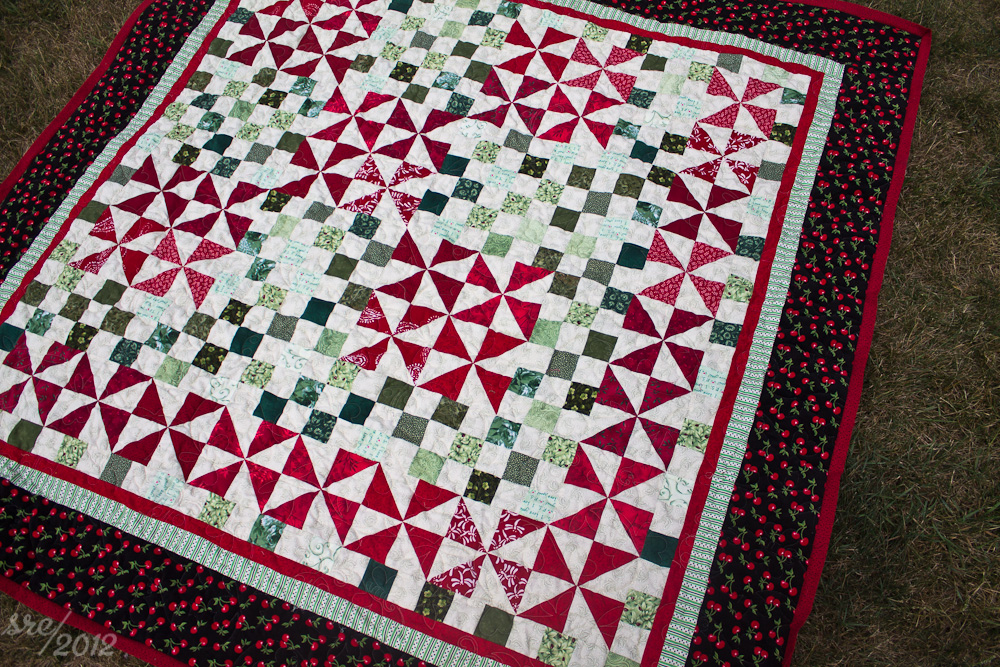 In theory, working at school meant I was going to have quite a bit of the summer off.

But then, the principal got another job, and while he didn’t totally leave me in the lurch, he left with me a lot more to do and figure out on my own than I would have to do if he’d been sticking around. Plus, it turns out that there was at least 2 days of scheduling prep work that I could have done during the school year.

I’m not really complaining: I had plenty of time to go to baseball games, and frankly, I don’t get paid if I don’t work, and I’m not going to turn up my nose at a paycheck.

Plus, it’s nice and quiet at school.

The other sticking point has been the fact that I am going on vacation for two weeks and the day after I get back is registration: so everything that I need for registration has to be done before I leave…I was feeling a little panicky this past week, but then I crossed over an invisible line of done-ness and realized that I was actually in pretty good shape. Enough that I’ll be able to just work two days this week, which is good, since I need to pack before we leave.

And it’s not that I had that much I planned to do at home, expect, you know, QUILT. And maybe clean up some of my messes. But mostly quilt.

Two for other people, and today, I put the borders on the quilt for my newest niece who is, what, 6 months old? It’s high time she had a quilt from Aunt Suzy. The quilt was supposed to have a yellow ladybug print as the border, but when I got it all together, and auditioned the yellow ladybugs, they looked terrible.

The fabric I ended up using is actually a fine corduroy, the texture it adds is kind of fun. Plus, it hopefully takes away the “CHristmas” vibe this quilt had before border…

I quilted it with a pantograph on my Intelliquilter, a design by Anne Bright called Bugs Love. 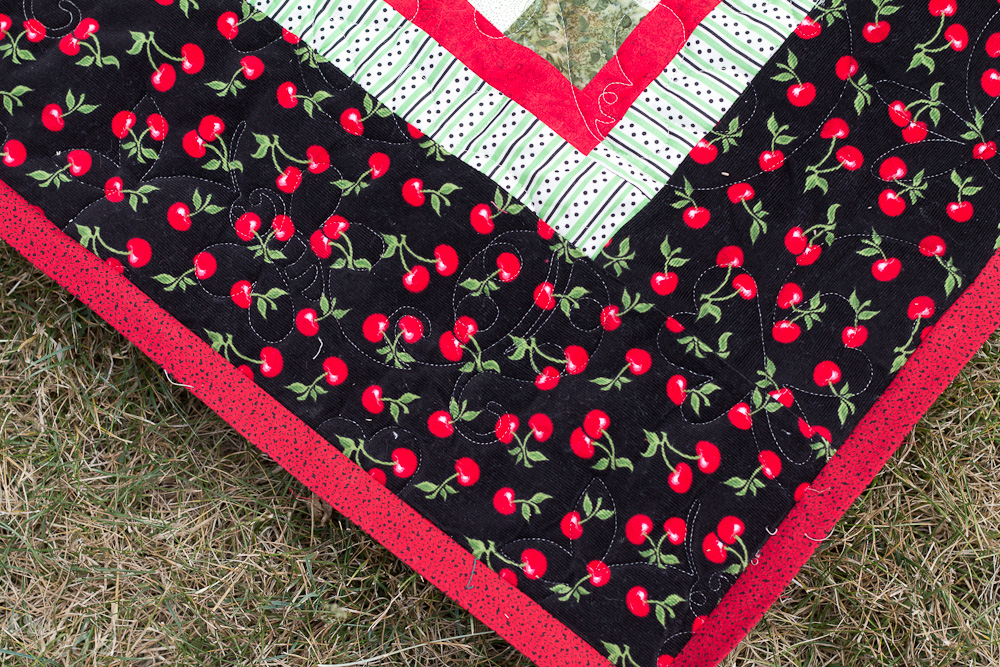 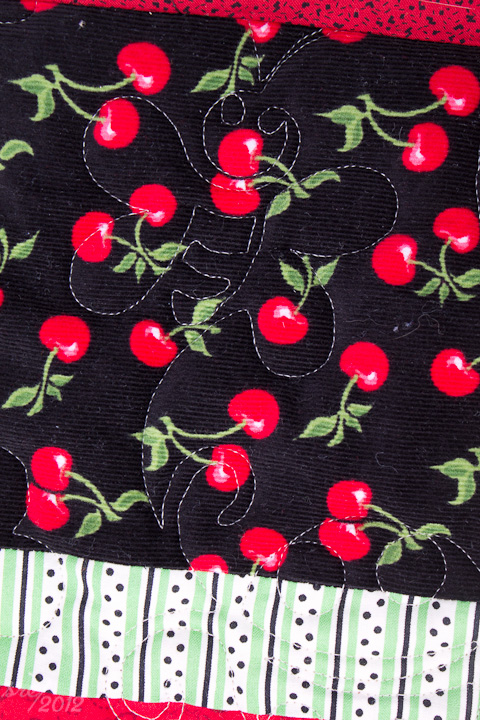 The bumblebee and ladybug are the most recognizable, but there’s something that’s vaguely a dragonfly, and a critter that I think is supposed to be a fly. He is smiling.

So, in between naps in the cool basement (too many days of 100 degrees around here…), that’s what I’ve been up to. A tablerunner is calling my name, so I’d better go chain myself back to the quilting machine.