Mark and I made a short trip to Minnesota over the weekend to celebrate my birthday. Also, we desperately need an entertainment center, and haven’t been able to find anything  around here. And by “desperately,” I mean we’ve needed it for 18 months.

We did find a cabinet at IKEA, and did some other shopping at the Mall of America. Walking the Mall goes a lot faster when you aren’t dragging boys and having to stop at every GameStop in the place. Getting out of the hotel in the morning was a lot less annoying too. When we were ready, we could just leave, no waiting for slow pokes!

On the way home, we hit some outlet malls and then stopped at Cabelas. The boys think they need to turn 13 this weekend, so we had some shopping to do on their account. I might have been a mean mom and texted the boys something to the effect of “We are at Cabela’s. Are you jealous?”

After our shopping was finished and we were back in the car, I texted again, “We’re on our way, GPS says we’ll be home about 8.”

Will and I then had the following “conversation”: 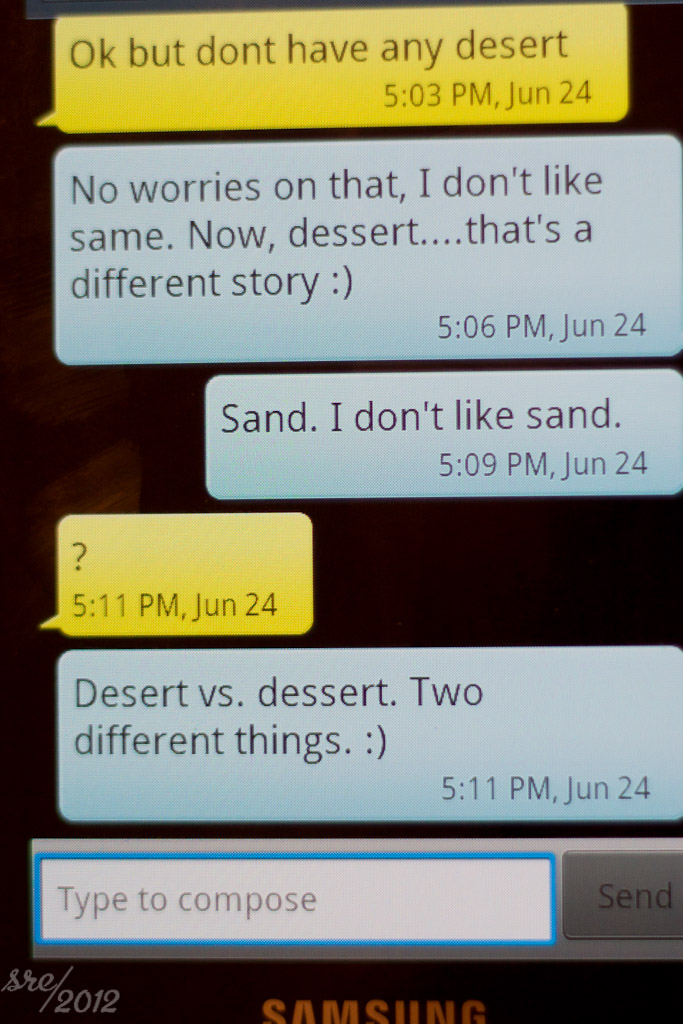 Jokes get less funny as you explain them.

(I swear, I tried to do a screen capture, but my stupid phone is stupid.)
Will: OK, but don’t have desert.
Me: No worries on that, I don’t like same. Now, dessert….that’s different story. 🙂
Me: Sand. I don’t like sand.
Will: ?
Me: Desert vs. dessert. Two different things. 🙂

I suspected baked goods, and was so tickled to arrive home and find that: 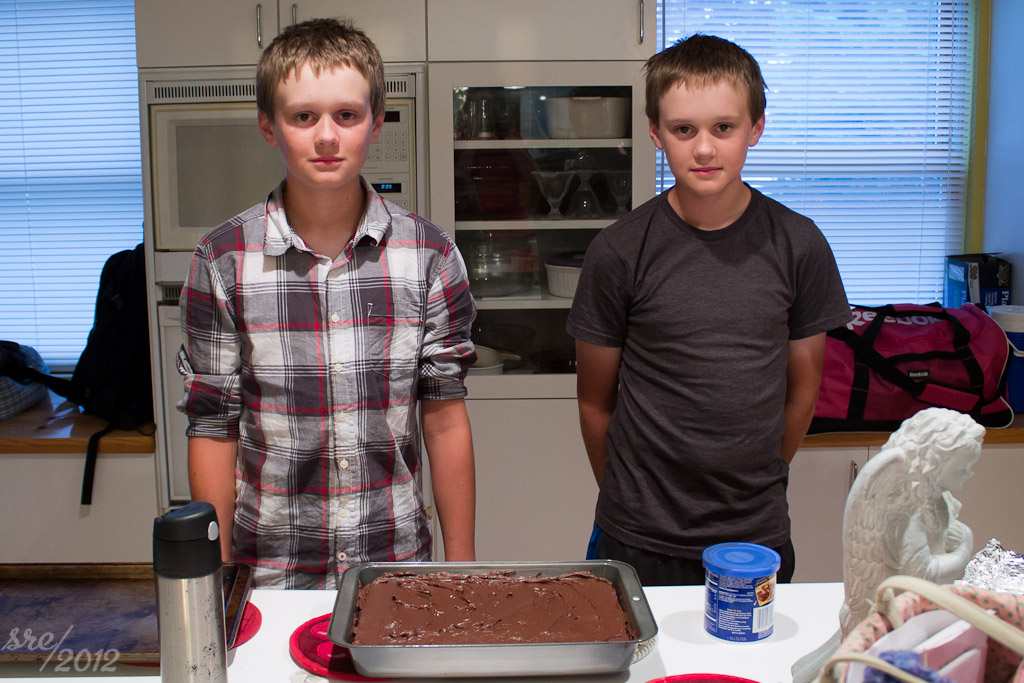 Most importantly: the brownies definitely did not taste anything like sand.

(The Write on Edge prompt this week was to write about something SAND related. I was going to write a short piece of fiction, but then I remembered the text conversation that Will and I had, and decided to document it.)