So, around here, it’s been redonkulously busy.  People everywhere, baseball all the dang time…(only 2 more days!)  Birthdays left and right…

It’s hard to know if I’m coming or going.  Or what my name is.

This picture is actually from two weeks ago, at a tournament that was held here in town.  They played 3 games, and luckily it was a gorgeous day for us spectators to enjoy.  Don’t they look thrilled? 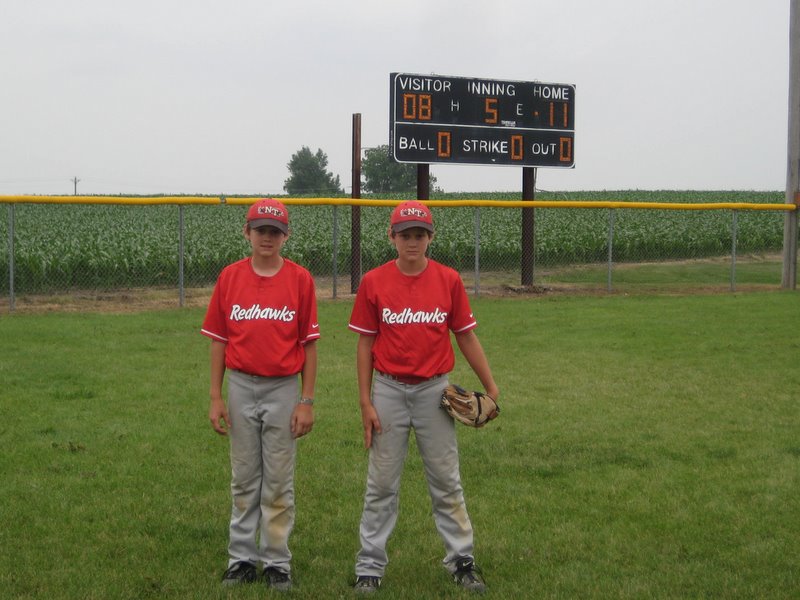 And dirty.  I swear, half the baseball diamond comes home with them on their pants and in their shoes.

They actually were thrilled:  they had just won the tournament and in this last game, they had back to back huge hits that hit the left field fence…oh…just about directly behind where they are standing.

Tomorrow is day 1 of their league tournament.  They’ll be done on Thursday.   It’ll be nice to have our lives back from baseball, but on the other hand:  they won’t be gone to baseball practice nearly every day for two hours.  I’m going to have to find jobs for them…

My mom has been living with us since her house sold in May.  We finally closed on her new house two weeks ago (which is 3.5 weeks LATER than we were supposed to…and it wasn’t our fault, and I still get angry when I think about it…) and are trying to get it ready for her (it needed painting and flooring), but we got a little sidetracked by the visit of my sister and her family.

Sidetracked in a good way, mind you.  We had a ton of fun, but they had to go back to their real life, and I guess we do too.

My guys turned TWELVE.  I have a harder time with that than the fact that I turned 39.  TWELVE.   I think it’s partly because they are around all the time, but I’m noticing their gangliness more in the last few weeks.  Their big growth spurt is just around the bend, I’m going to be looking them in the eye (and then looking up!) sooner than later…

And talk about growth spurts, Miles is a whopping 4 pounds now: 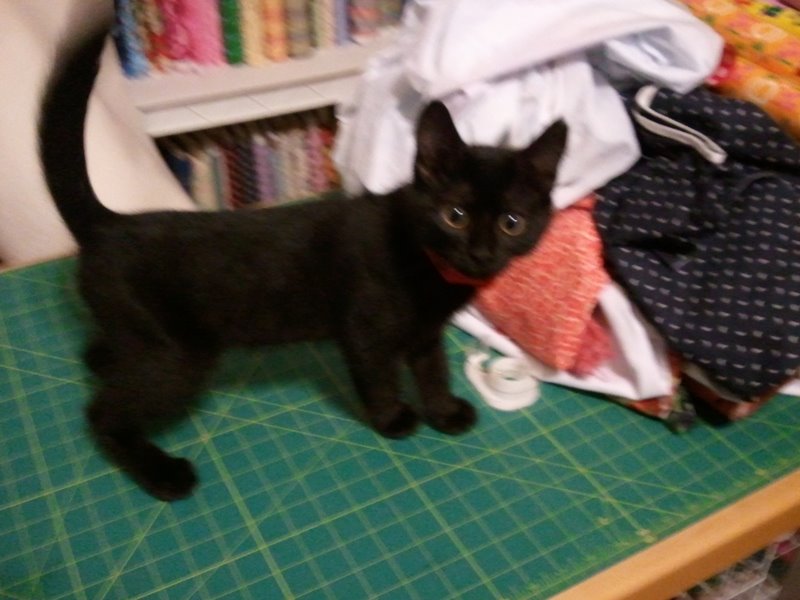 (It’s really too dark, and he’s too busy for me to get a decent picture.)  He is FEARLESS.  And a pest.  He tore open the new bag of kitten food, luckily I found him before he’d starting chowing down or getting it all over the place.

Katie doesn’t want to admit it, but  I think she likes having him around, they chase each other around the loop on our main floor and it’s pretty funny to watch.

I’m going to leave you with a link to a super funny blog post that I read today.  You might want to visit the bathroom first, and make sure you don’t have any liquid in your mouth when you start reading.  The Bloggess writes about picking your battles.