Continuing on from yesterday, July 4th was pretty much just a travel day.  We had to drive across Nebraska, and I hate to say this…Nebraska, you are really boring.  You are home to a lot of really nice people, but the drive on I-80 is just…boring.

We did finally hit the next state on our travels: 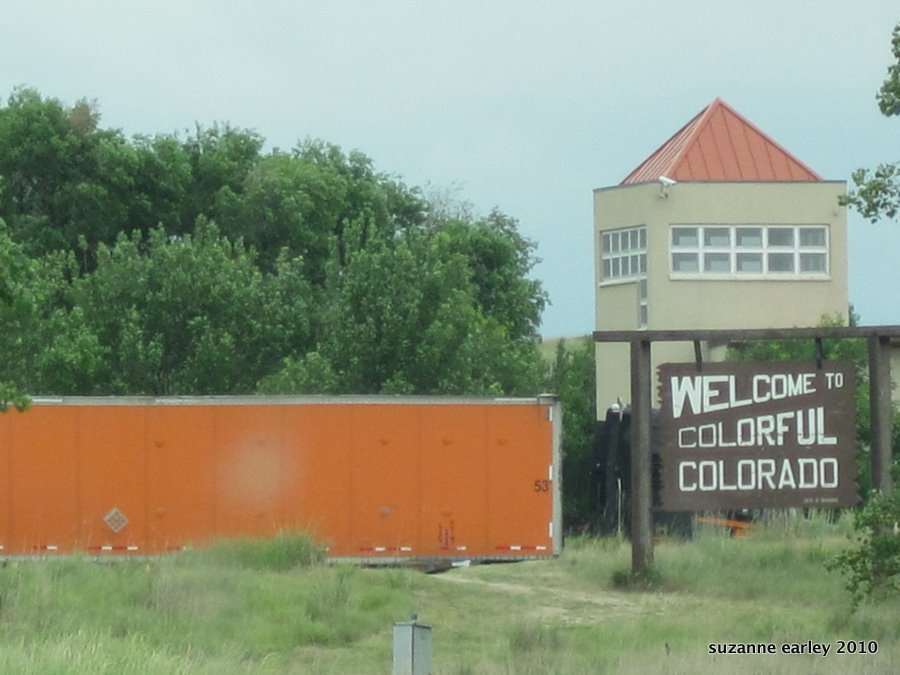 And you can be sure that we commented on the irony of a brown and white sign that proclaimed “Welcome to COLORFUL Colorado.”

Mark wanted to see MOUNTAINS in the worst way, and from the second we crossed into Colorado, he started asking:

No, that’s also just a hill. 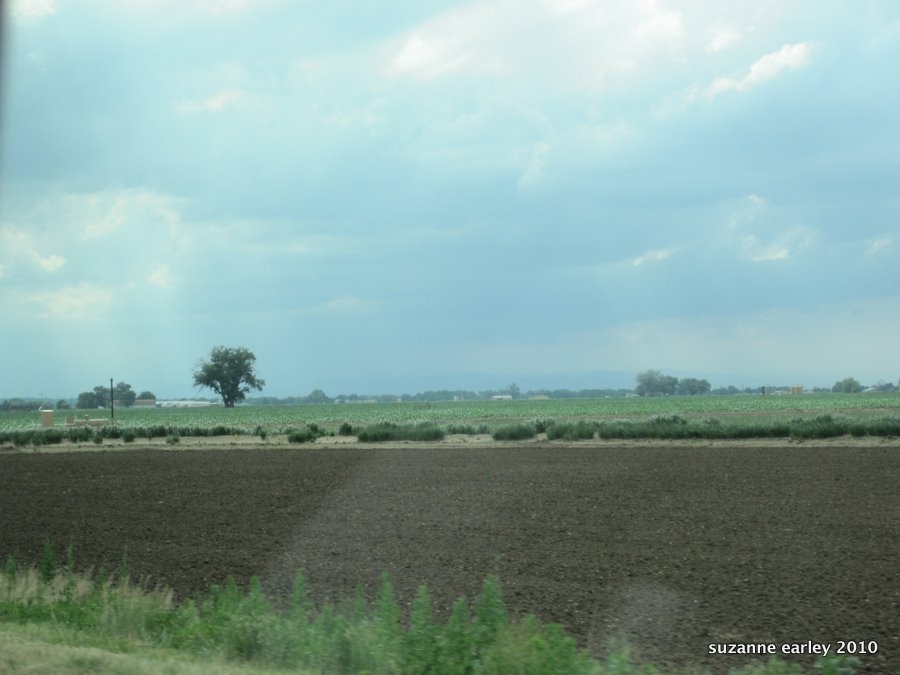 Yes, that was finally a mountain.  Waaaaaaay off there in the distance, above the treeline at the horizon, those are mountains.  I know.  It just looks like clouds, but it really was mountains.  Or foothills, anyway.  Something that was taller than the stuff around here.

What, you can’t see it?  How about a different view. 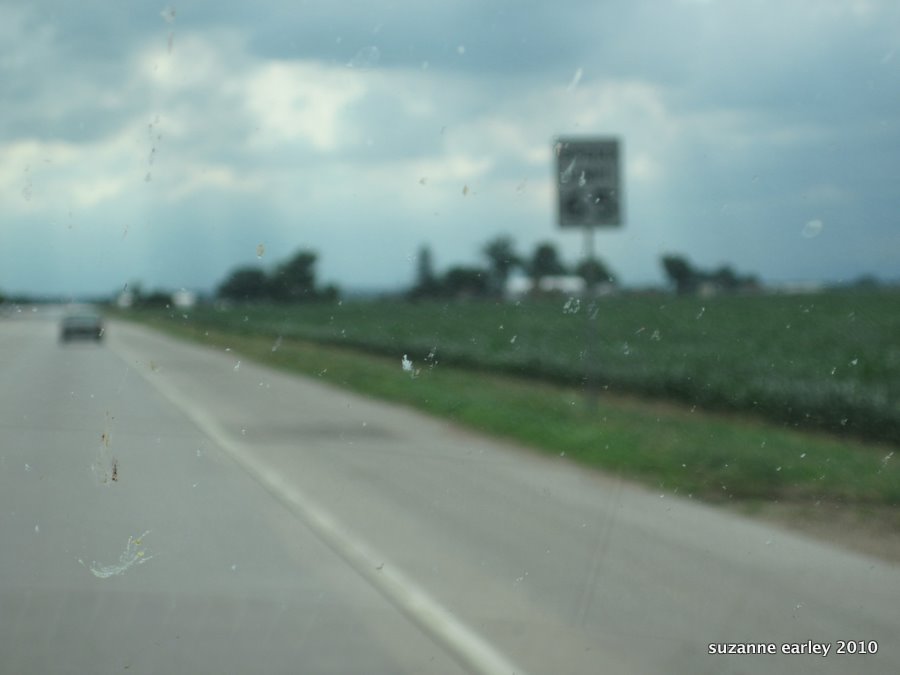 Oops.  Stupid camera.  Focused on the bug guts instead. 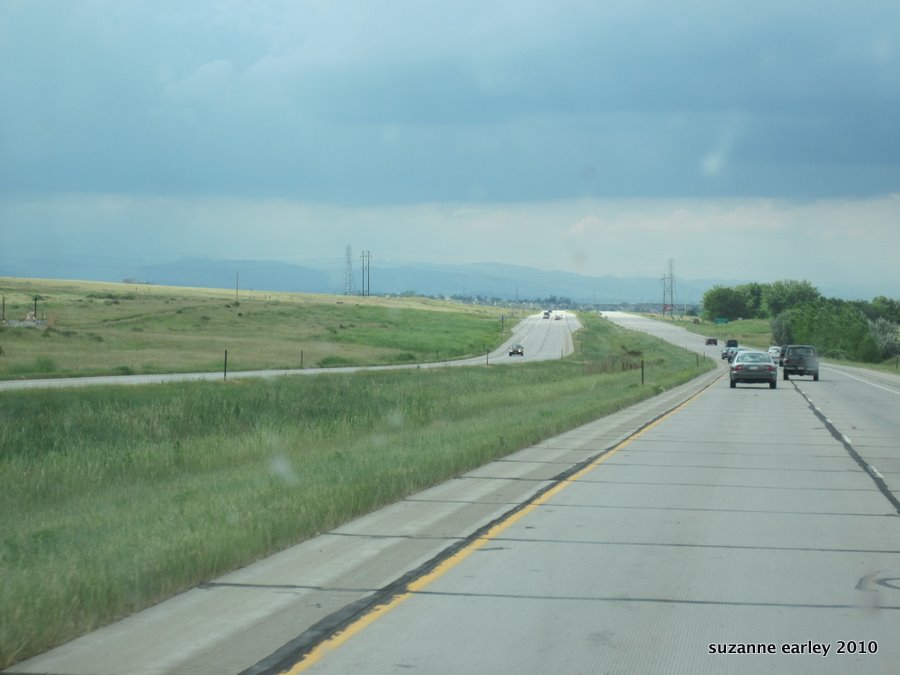 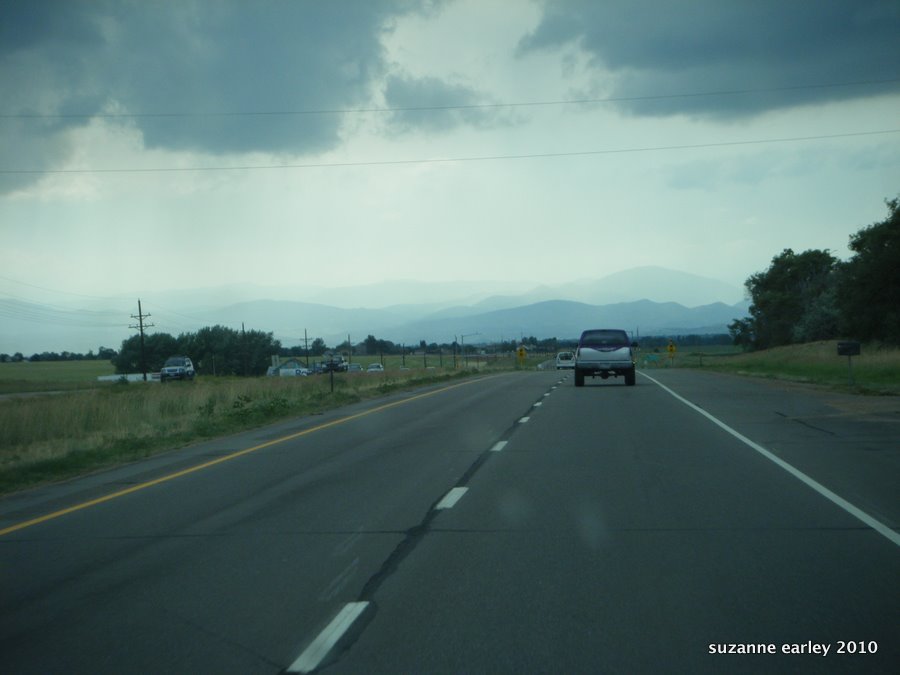 We stayed in Loveland, the hotels in Estes Park (30 miles closer) were either full or awfully expensive.  We were in a Fairfield Inn, which was perfectly adequate — exactly what you’d expect for that kind of hotel.

We had supper at IHOP — kids eat free, so we ordered 2 kids meals, and us adults ordered larger meals, with the plan that we’d share our extras.  I know I said “They’d both like the Silver 5.”  She brought one.  And when she asked if there was anything else, I said “Well, how about HIS meal,” and I pointed at Will.

“Oh, I thought you only wanted one.”

Uh.  Yeah.  They may be twins, but they aren’t Siamese and they don’t share a stomach.

Luckily, it didn’t take long and Will had his half of my pancakes to tide him over.

The next excitement was back at the hotel.  Mark went to exercise, and I started to get the boys ready to go to the pool…only…we couldn’t find their swimming trunks in their suitcases.  I trotted out (in the pouring rain…) to the truck to check if they were magically in one of the Rubbermaid totes.  Nope.  The boys apparently PUT THEM AWAY instead of packing them in their suitcases.

That got a major eyeroll from Mom.  The only time they put their laundry away is when they aren’t supposed to???

Luckily, there was a Target just around the corner, and they found some cheap trunks.  I let Mark handle that excursion.  I went and Ellipticized.  Don’t be too impressed, it was the only time I officially exercised the whole trip.  But that’s partly because a lot of our trip was spent hiking…