You are here: Home / Blog / Family / Quilting and other endeavors

Saturday was our library brunch, it’s a fun fundraising event for the Friends of the Library.  Mom and I have decorated tables at almost all of them, except maybe for the first year or 2, when we were new to town.  It’s not a competition, but I’m pretty sure we “win” best table every year.  Of course, all of the other tables are very pretty or cute or clever, but ours is the only one with a quilt on it.  Most years I actually make a special quilt, but we just couldn’t manage that this year.  Luckily, I had the perfect quilt already made — and oddly, we’d never done a Christmas theme before.  (Two years ago we did a snack table) 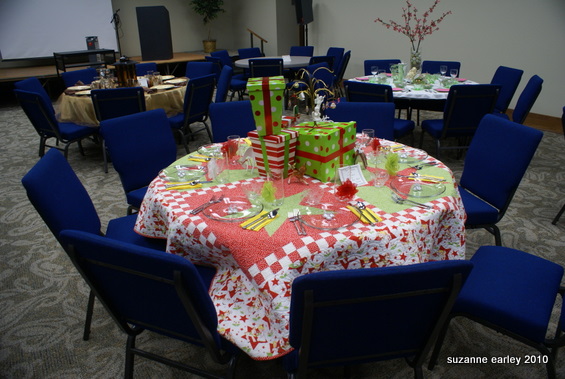 All of the ornaments are either reindeer or angels, to go with the Angel Baby and Reindeer in the fabric of the quilt.  The bows on the glasses were my idea.  Mom wasn’t so sure, and had told me not to put them on, she was worried it would be too much, but she relented at the last minute, and frankly, we thought they ended up being the exactly perfect icing on the cake.

In other news, I’ve had the IQ working hard while I’ve been messing around with other stuff: 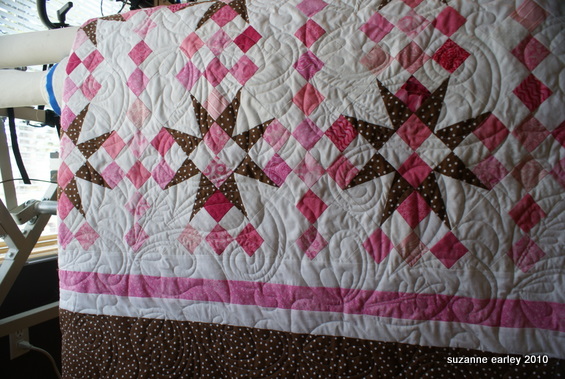 I debated about custom quilting this one, with borders and blocks and fancy-schmancy, but it’s a biggie (114 by 114), and I ended up deciding that an edge to edge design done by IQ would be just as beautiful and about 3 months faster.   I used a silk batting in it, I’ll report back after I sleep under it and also after it gets washed.

OK, fine.  Just as soon as I pulled it off the frame on Sunday, I took it upstairs and I took a nap underneath it.  And slept for about 2 hours, so that was a pretty good test.  But I’ll report back on a full night’s sleep. 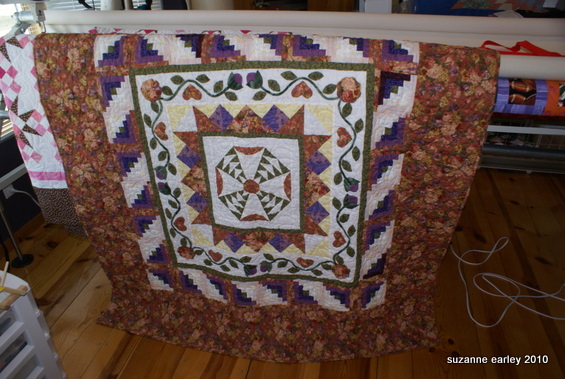 This quilt is a Round Robin that I made (well, I made the center adn put on the outer borders), hmmm.  6? 7? years ago?  It’s been awhile.  I’ve never been really crazy about it, partly because even though I love that floral, it’s very peach, and the colors just don’t go with anything (not that things have to MATCH around here).  It just didn’t quite turn out to be ME.

This one got done with another edge to edge design, and is going to be on its way to Alycia for a QOV.  Yes, it’s not patriotic, yes it’s very girly, but:  there are women warriors, too, and I think they deserve something pretty.

Now that we’ve got the pretty out of the way, prepare yourself for some 10 year old boy artwork. 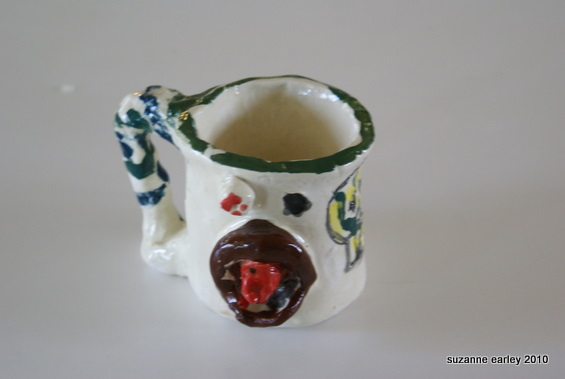 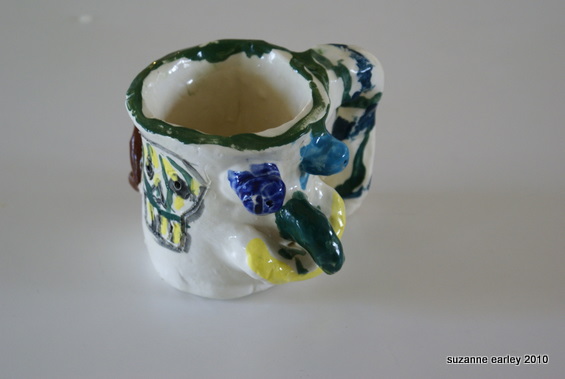 That one is Joe’s mug.  Will’s Pac-man mug is a little less…in your face… 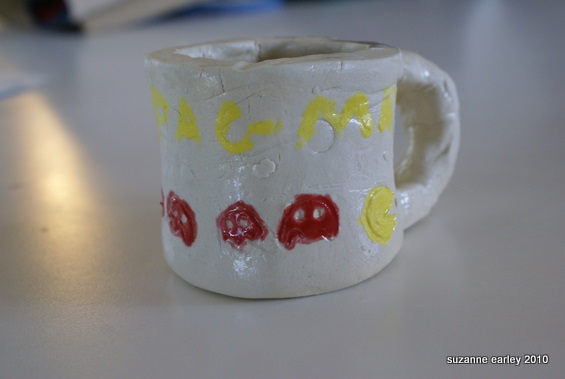 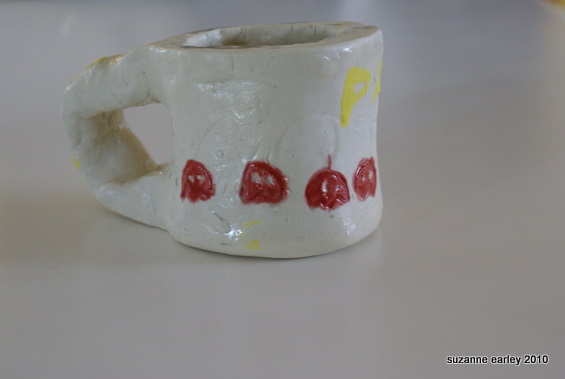 Aren’t you glad I warned you, though?