I just took a picture of the pile of quilts that I’ve attached bindings to in the last 2 days, but I just realized that on this computer I have no way to download the pictures and the other computer is off, so…how about pictures of a quilt that I found on this computer, that I apparently never shared?

(Oh, first, the binding marathon:  the pile of quilts that were waiting to be bound had become EPIC.  Especially after I added the quilts from the shop that had gotten pieced/quilted/hung on the wall unbound…).  Between last night and today, I sewed the binding on to FIVE quilts.   That includes making binding for 4 of them.  That doesn’t include the TWO quilts that got bindings on Monday.)

It turns out I shared this quilt on MQResource, but many of you aren’t forum members, and maybe those of you that are will have conveniently forgotten this quilt.

It’s called Anniversary Stars, and is from the book 40 Fabulous Quick Cut Quilts by Evelyn Sloppy.  The customer wanted something special for this one, and I had fun doing it.

I did not have an optimal picture taking location, and am showing this horrible full(ish) shot just for completeness: 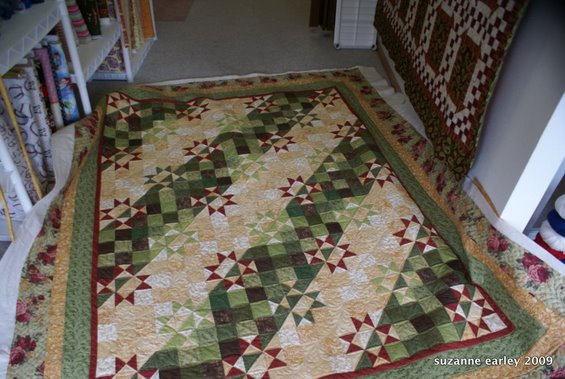 Here, though, I thought it would be interesting to have the movement of feathers in both directions, and so I was just REALLY REALLY careful to make sure I didn’t mess up. 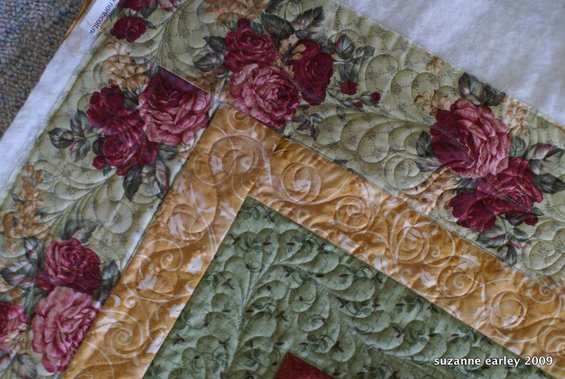 On this particular quilt, everything was freehand.  No IQ involved (that’s my computerized system), and minimal marking.  In fact, while I would normally mark the spine for the feathers, I didn’t even do that for the border or for the body of the quilt, I just winged it. 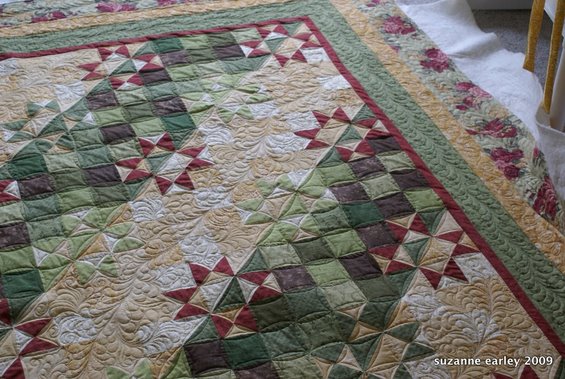 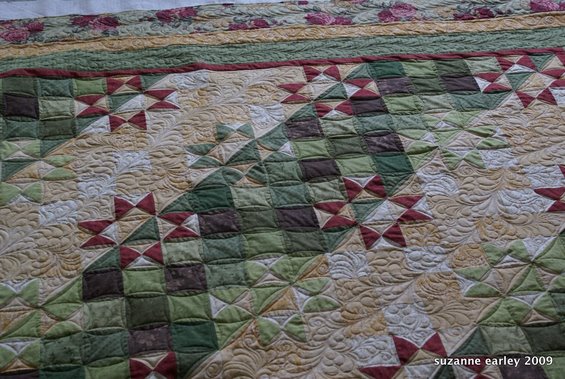 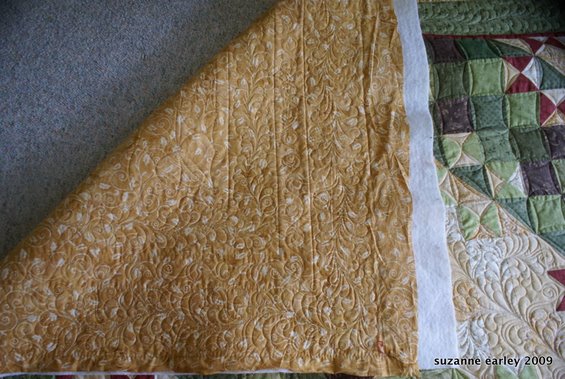 This shot is terribly lit, but maybe you can see the feather detail a bit better?? 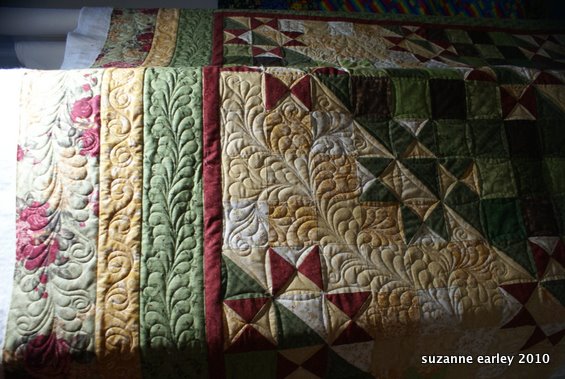 This quilt was finished way back in February.  Most of the quilting I’ve done since then has been allovers and has been minimal, what with all of the moving and clearance selling and everything.  I like having the IQ stay busy while I’m doing other stuff, but I’m starting to get a little itchy to do some hands-on quilting.  Maybe I’ll have something to show by the end of the weekend.  Or not, I don’t want to make promises I can’t keep…