Another week in review! When I started the year, I actually created these weekly posts at the beginning of the week, and updated it as the week went on, finally publishing it on Sunday morning. That lasted for several weeks, but I found that I couldn’t keep that up. I didn’t know that I could. So far, though, I’m not having any trouble actually capturing the photo on the day: 53 days in (not counting today). I think part of the ability to keep up with this is the use of my iPhone. I’m using an app called “Collect Photo App,” (I think I’ve mentioned it before), and it’s pretty cool to see the little thumbnails of my pictures fill up the monthly calendar in the app.

I share right away on Instagram, which is super easy, and it posts to Flickr and Facebook automatically. Many of you have probably already seen all of these pictures in one of those places, but I think it’s kind of fun to look back at my week, and share them all in one place as well.

February 15, 2014: I was trying to take “selfies” with the dog, but she wasn’t cooperating, so I settled for a shot that shows off my penguin jammies and penguin pillowcases. 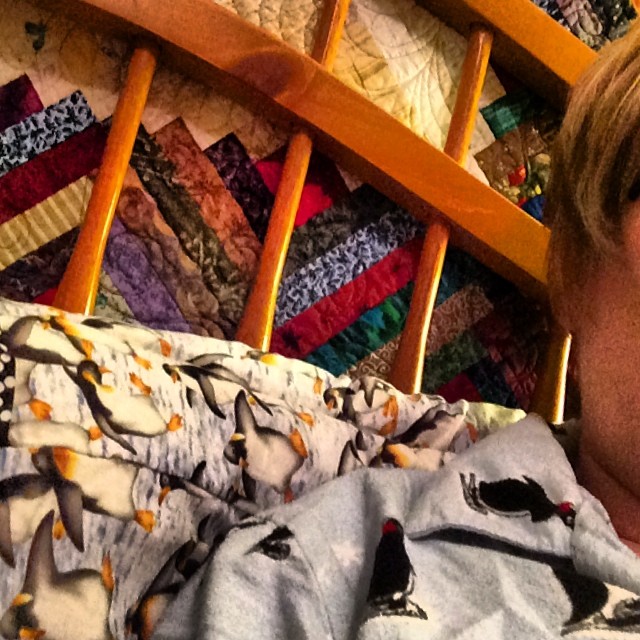 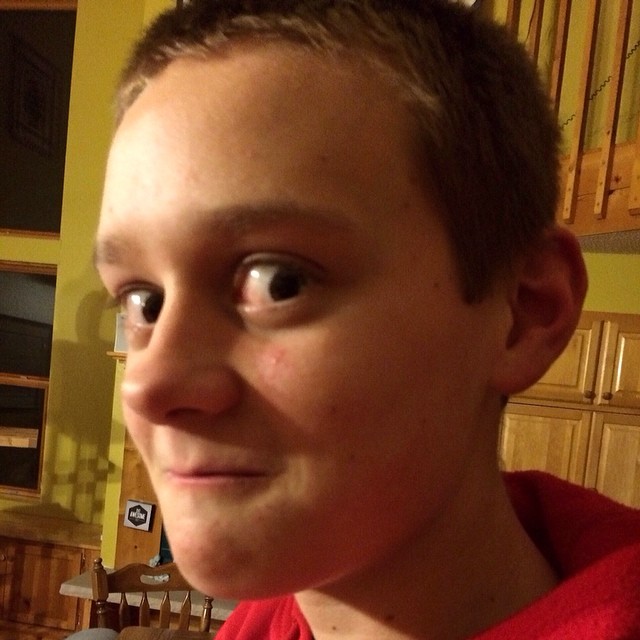 Feburary 17, 2014 The prompt was “Here I Stand” — this is a recurring prompt. Today, I decided to use it to also document the freaky weirdness that is my circulation sometimes — this is at the tail end of recovering from a Reynaud’s Syndrome attack. Yes, my fingers hurt when this happens. So did my toes. Thankfully, my symptoms appear to be relatively mild compared to others I’ve read about. 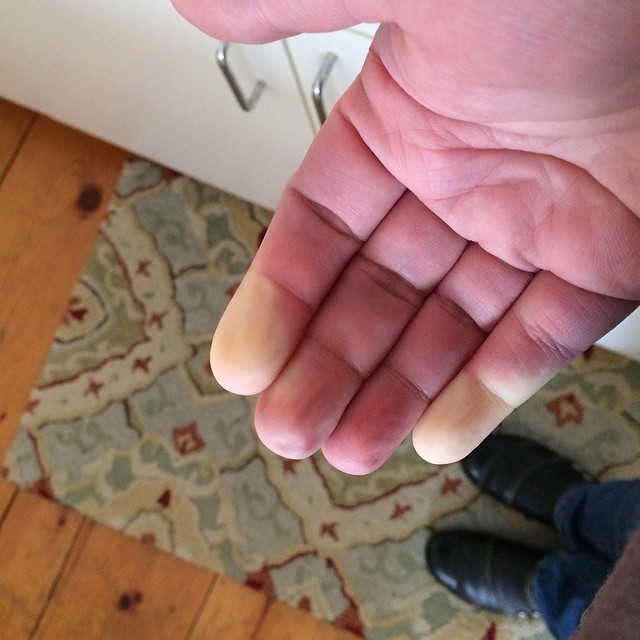 February 18, 2014 — The front yard — it was a beautiful day, warm enough that I was willing to stop my car, hop out and snap this shot! 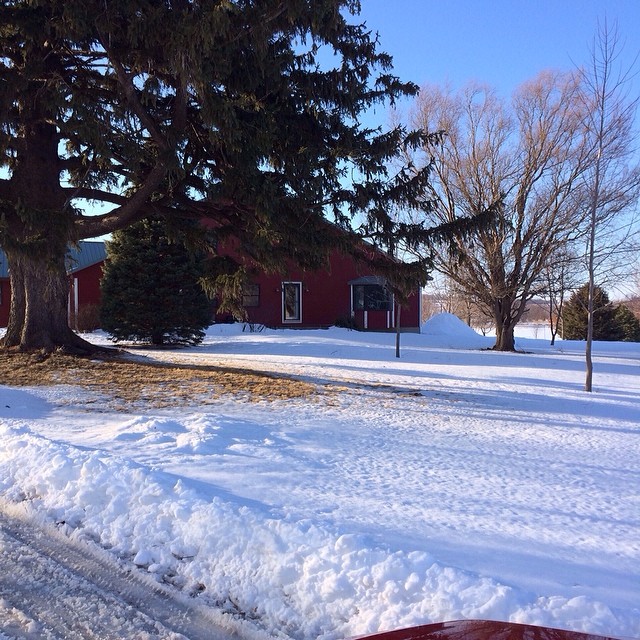 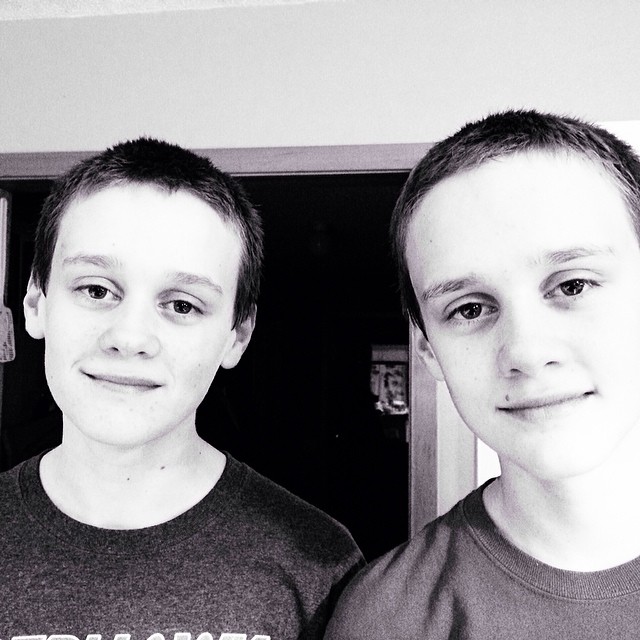 February 20, 2014 — I wish I could escape this! (But thankfully we didn’t get nearly the snow we were originally forecasted to get. Just lots of wind. And rain….) 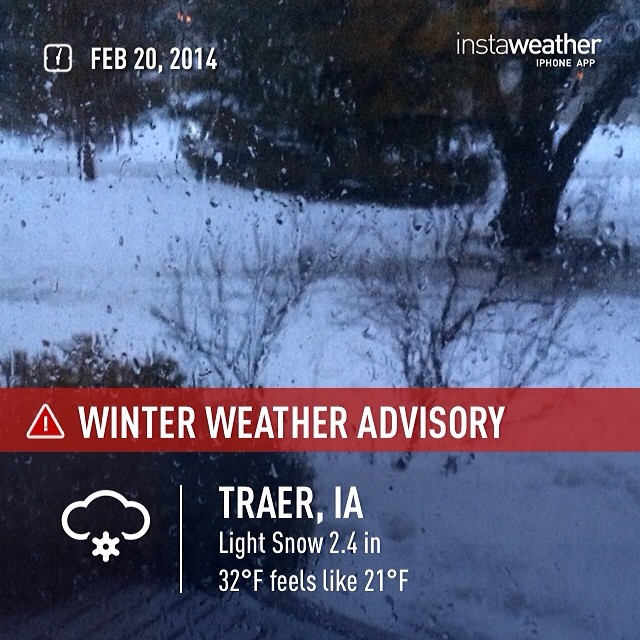 February 22, 2014 — Slice of everyday life. I said “hey guys,” and they looked up and I snapped. They often fall for that trick… 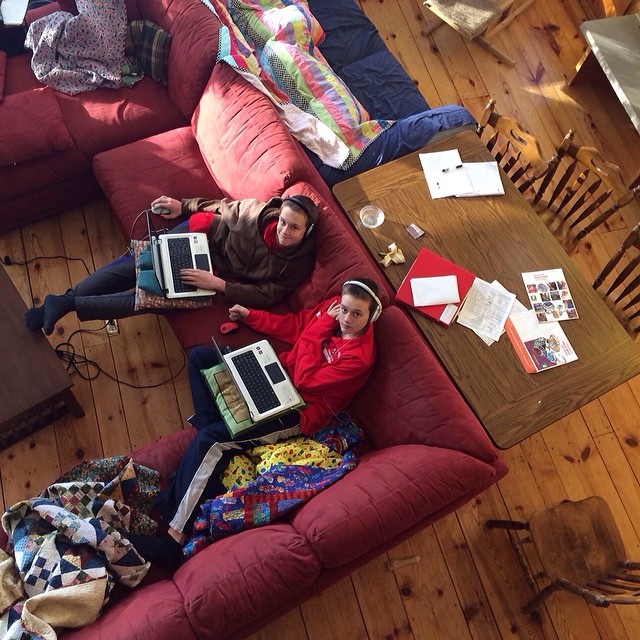 February 22, 2014 — Oh Boy — Nearly a month without a major grocery shopping trip, our cupboards were pretty bare. Another slice of everyday life. Also, another curious cat shot. He was also very interested in the leaves of the strawberries that were sticking out of the container. 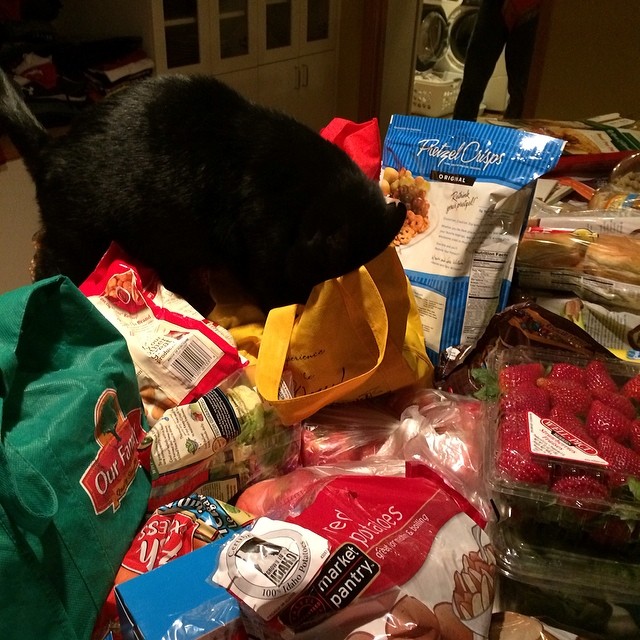