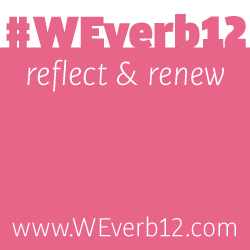 How did you stay in the moment this year?

I’ll admit, I laughed out loud when I read this one.

I’m not entirely sure I know what that means.

Um, yeah. I don’t think I do that very well. At least not this year. I have spent a lot of the last few months feeling like a lot of it is something that has to be survived or gotten through, so I can get on to the next bit.

“What day is it?”
It’s today,” squeaked Piglet.
My favorite day,” said Pooh.”

I will probably start to sound like a broken record, like the Grand Canyon trip was the only thing I did all year long, but there: for that entire week, I was definitely in the moment the entire time. You had to be, or you would likely end up swimming in the Colorado, which was freaking cold and not a place you wanted to be. When it was dark, it was time to go to bed. When it was light, you got up. When it was time to eat, you ate, because damn, you were hungry after expending all that energy trying to stay on the raft. None of us passengers planned anything beyond the next rapid, because we were at the mercy of our crew and the river, we did what we were told, when we were told do it, and we loved every minute of it. And the rapids were exhilarating.

When we took off in that helicopter out of the canyon, I sobbed. I think the boys thought it was because I was scared of the helicopter, and I won’t lie: that was at least a tiny part of it. Some of it was sheer exhaustion, but a lot of it was knowing that this amazing experience was over and that we had to go back to reality. It makes me a bit sad to reflect on this year and think of the time since then, knowing that I probably didn’t allow my trip to change me as much as I had hoped it would, or as much as I should have let it.