You are here: Home / Blog / Other / And thus, basketball season commences 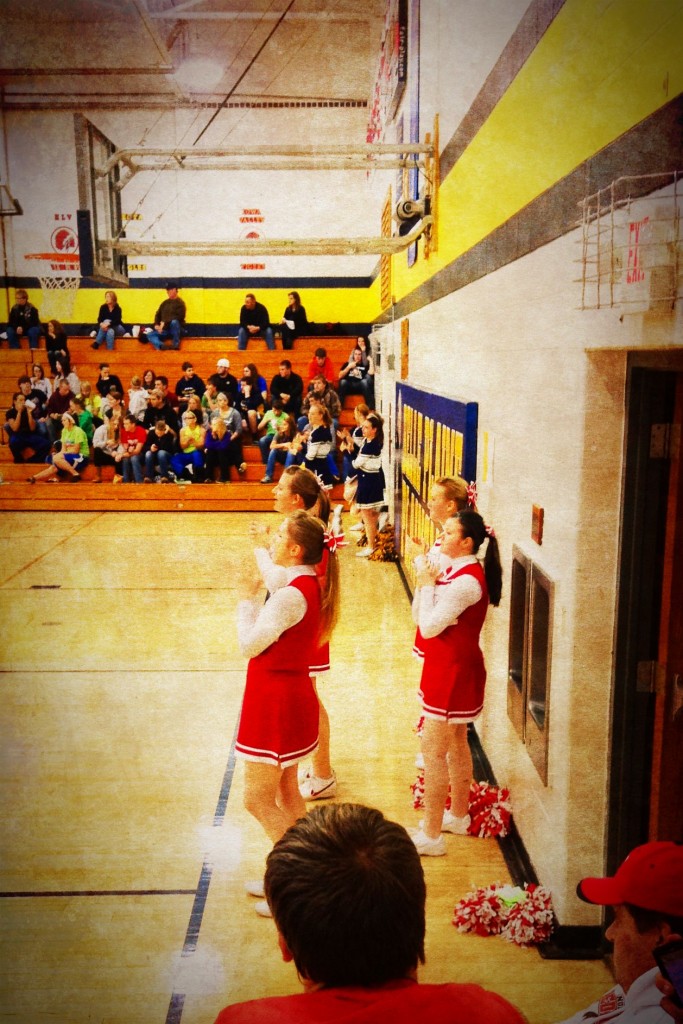 I got to ride the bus to the game tonight with the boys basketball team and the cheerleaders. It was just as thrilling as you can imagine, especially since I am far too old to spend that much time in a bus seat. On the other hand, since I wasn’t driving, and have an iPad, I could read all the way there and back. That is a definite positive for the bus ride.

Being the cheerleading coach is fascinating. I keep thinking I should collect stories and share them some day. I can’t share most of them now, because half the time, it would be too obvious who I was talking about, at least to the people around here. Not that anyone that reads my blog would care about that. But, I think it’s important to be circumspect and careful about that sort of thing. Suffice it to say, I’m sure I would have loved having a girl of my own, but I am Ok with the fact that we don’t have girl drama at our house. Girl drama is brutal.

Thankfully, so far, my own boys are still convinced that girls have cooties…

As the title says, this is just the beginning of the HS (and JH) basketball season — games tonight, my boys play tomorrow, plus HS as well, and then HS on Friday, too. Yikes. The month of December is going to FLY. It’s going to be insanity. Good thing I can shop online…Christmas is going to be here TOO SOON.