You are here: Home / Blog / Family / Here’s a cat picture

I wrote last night’s post late, late, late, and I should know better than to do that, because they usually come out really whiny.

Here’s a picture of a cat to make up: 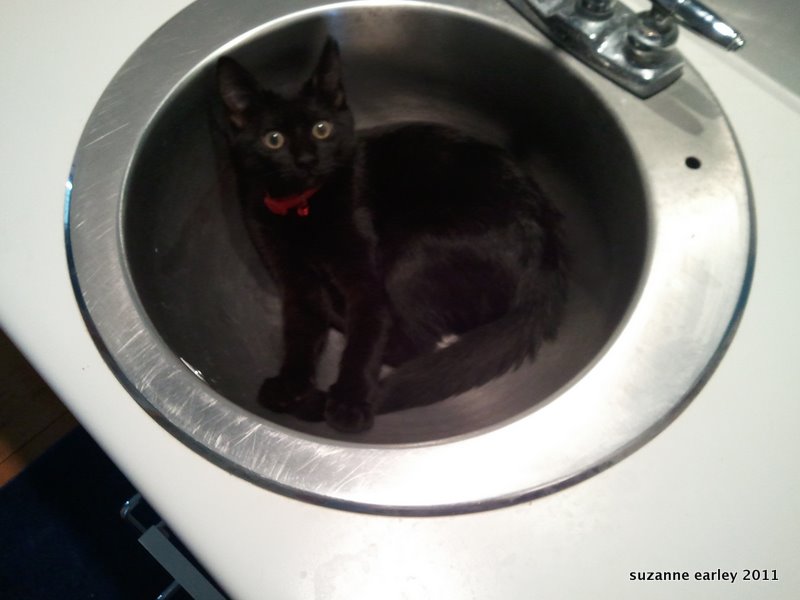 Yes, he’s in the sink. (And I’m not going to lie: this is the second picture I took. After I took the first one, I realized that I had no interest in putting a picture of my dirty sink on the Internet, so I took the cat out, wiped the sink down, and then waited for the cat to get back in before I took this picture).

We suspect he likes it there because it’s just his size and it is cool.

He sleeps there a lot.

And he doesn’t seem to mind when we turn the water on and he gets wet.

He’s very weird, but we like him anyway. He fits right in, I guess.

He doesn’t know it yet, but he could use your good thoughts tomorrow, as he has to go see the vet for some snipping. Hopefully he doesn’t hate us too much afterwards.