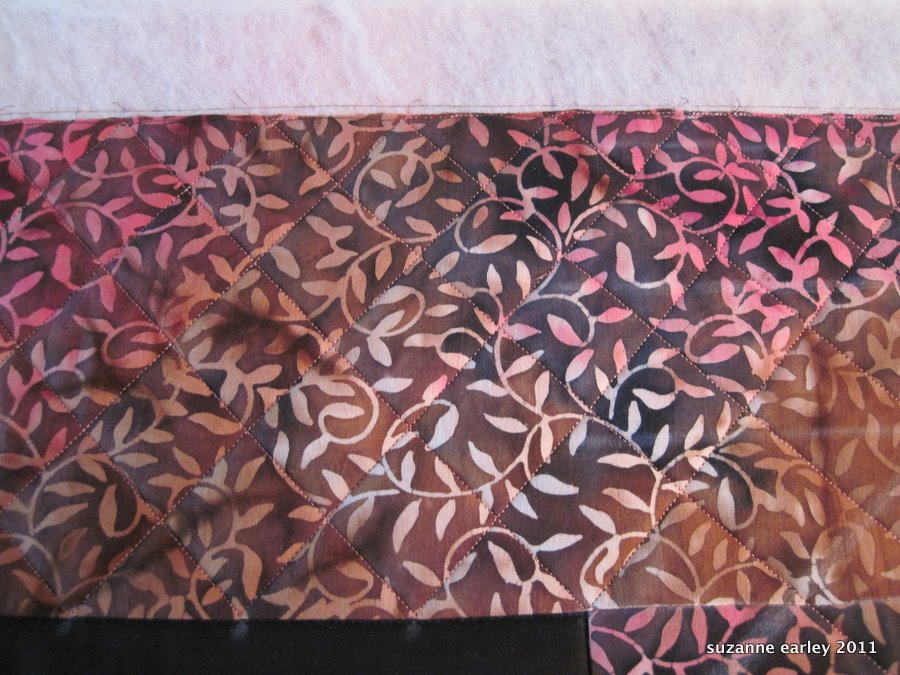 I was trying to do this crosshatched border as mathlessly as possible, however, I just dove in and didn’t think about the corners, and as you can see:  when I did get to a corner, I horked it up.  I’m using the IQ to actually do the cross-hatching, which is awesome, but it’s only smart enough to do what I tell it do, it can’t say “You moron, you did something stupid there and your lines aren’t going to come out even.”

Of course, it probably SHOWED me that on the screen, but on the screen, I thought it looked right.  And even though I’ve remeasured my tick marks several times, I still can’t figure out what I did wrong.

So, I’m going to channel Scarlett and worry about it tomorrow.

Well, maybe not tomorrow, but definitely later.  When I figure out what I did wrong, I’ll be sure to report in, so none of my fellow quilters repeat my mistake.  Not that they would be tempted to make the mistake to begin with.  They are all smart enough to make sure the corners work out before they blindly start quilting an entire border.