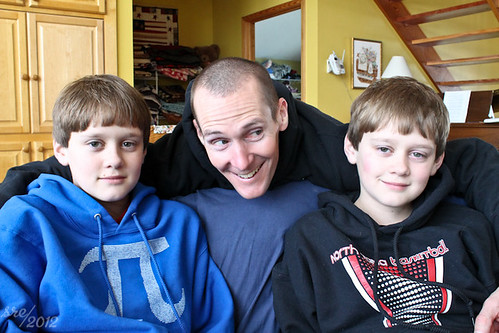 I have attempted, in the past, to do a daily photo project. I think that in 2009 I made it as far as March, plus a few weeks in June. I’m trying again this year, but rather than start on January 1, I decided to go ahead and start on the 25th of December, since that’s the day I got my new camera. It seemed less like a New Year’s Resolution That Would Fail that way.

Plus, I haven’t really told anyone that that’s what I’m “officially” doing, because that sort of statement can sometimes be the kiss of death for a project. I probably shouldn’t say anything now, but I’m pretty pleased with the fact that it has now been 3 weeks, and while not all of the photos are perfect, none of them are last minute crap photos because I want to get a photo in before I go to bed…

One of the things I have done that will hopefully help keep up my enthusiasm and provide inspiration and ideas is to join a community called Capture Your 365. Each month there are lists of photo prompts, and I get a daily reminder e-mail. I’ve used the daily prompt a few times, when I didn’t have something else I was already planning to capture, plus several of my photos have been inspired by ideas I’ve seen in the photo gallery at the CY365 site.

A lot of the photos I’ve used in my blog posts over the last 3 weeks have been my daily photos, but I’m not planning on making daily posts about the photos a habit. I might do a weekly wrap-up, and as I learn more about telling stories with photos, I will try to share what I learn, and hopefully I won’t totally screw up the explanations in the process.