You are here: Home / Blog / Photography / Fast and slow

I’ve tried a couple of different times, but have had trouble because of low lighting.  And assistants that didn’t want to go out in the cold in brighter light. Couldn’t really blame them.

Yesterday, I managed to get one I really liked that used a slow shutter speed: 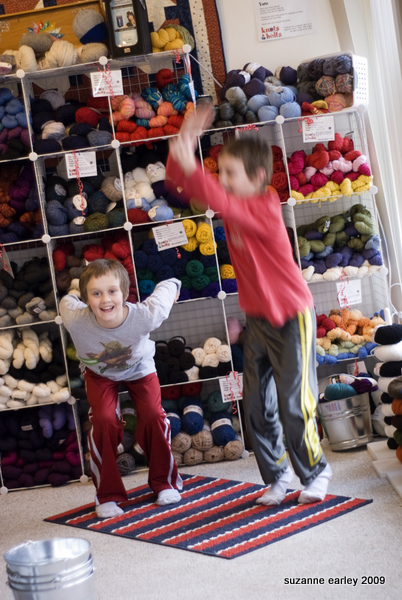 I just *love* this one.  With a slow shutter speed, the blades stay open longer, and if something is in motion it’ll show up as a blur.  The contrast of the two boys, one blurry, one not, really makes this a fun shot, I think.  For our assignment, we’re supposed to post the SOOC shot, with no Photoshopping…but…the shot above has had some tweaking in PS. 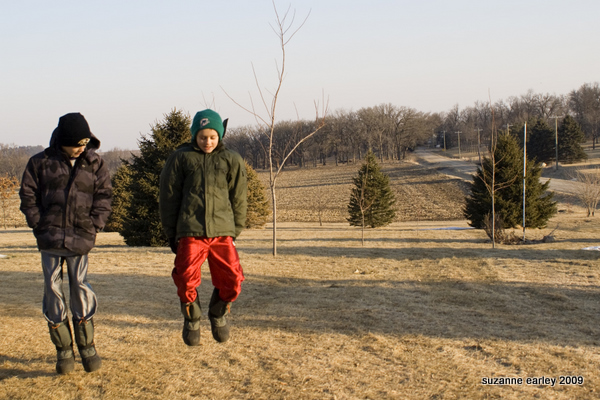 Here’s the picture I ended up using for my Fast shutter speed shot.  They were ready early this morning, so we bundled up and went outside to snap a few.  They were NOT particularly happy with me, but this one shows the concept pretty well.  The idea here is that with a fast shutter speed you can capture something in motion, freezing it, and having it nicely sharp. 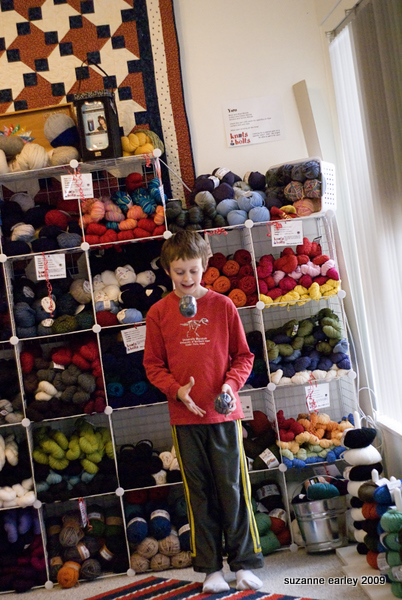 This is one of the pictures taken yesterday with a fast shutter speed.  The SOOC shot was pretty grainy, becasue of the lighting, but with a little touching up in PS, I think it’s a pretty fun picture.  Will was especially impressed, he liked that it looked like he was controlling the ball of yarn with the Force.

Even though the boys weren’t thrilled about having to have their pictures taken, they are actually getting into this whole thing.  I’m explaining things to them (which helps *me* understand it better), and involving them in ideas for how to accomplish the experiments, and I hope it’s turning out to be something fun for all of us.

edited to add:  my sister has her pictures posted, too:  Debra’s Fast and Slow Shutter Pics, and if you have a few seconds and want a smile, scroll back through some of her other rcent posts for some adorable shots of my niece and nephew…