I had one goal for today, and that was to finish the quilt that has been on the frame for months.

But then I stayed in bed until 10:00 and decided I wanted to try to make applesauce, so my day was instead spent making a gigantic mess in my kitchen.

No quilting happened, but I have nearly 6 quarts of applesauce, an apple crisp, and a cleaned up kitchen. I still vaguely sticky from all of the apples I processed, but it was worth it.

I thought maybe the boys would be interested in helping peel the apples, but one time through satisfied their curiosity. I lost count of how many I used — an entire 5 gallon buckets worth! 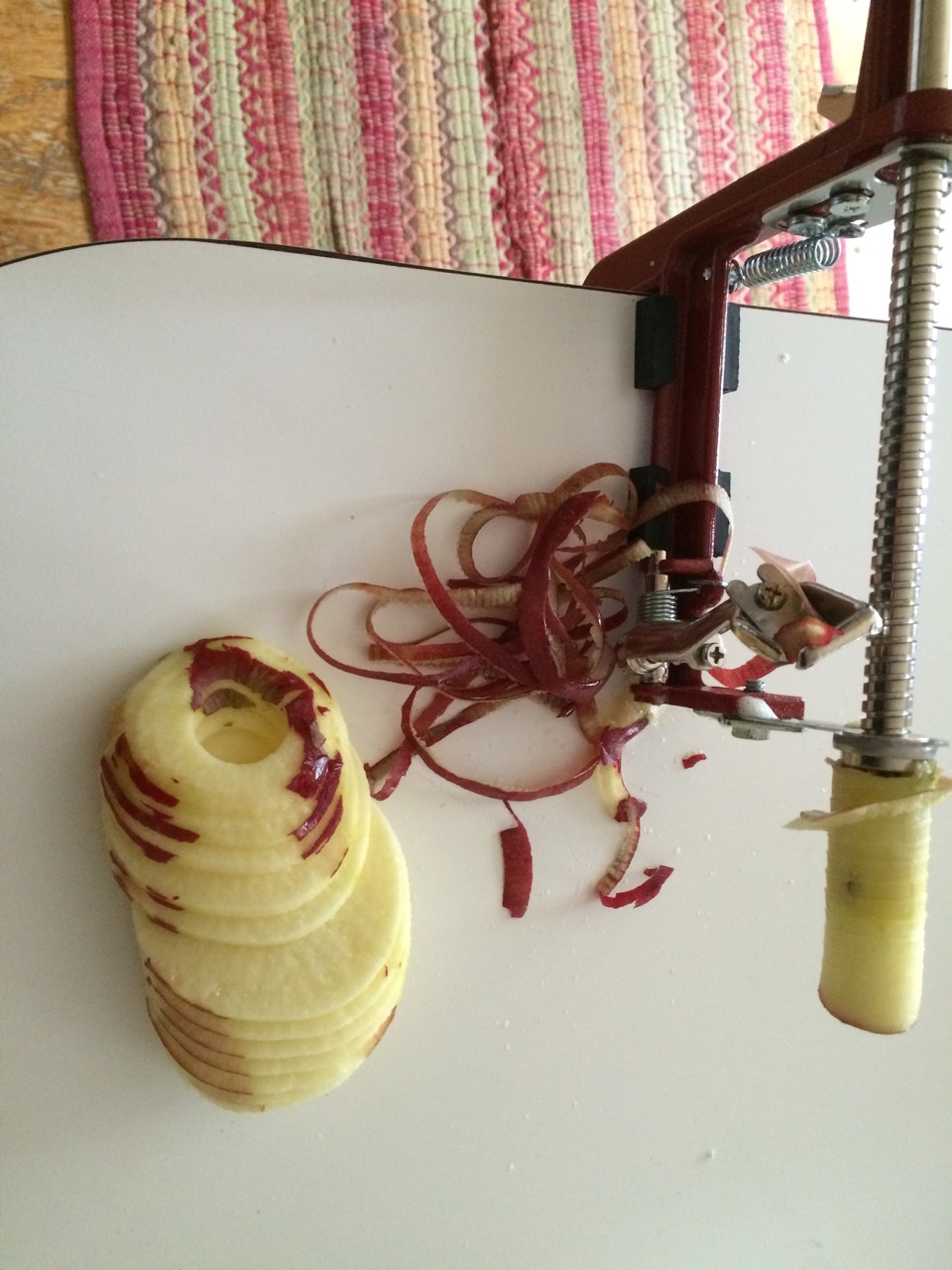 The apple peeler/corer/slicer came from my mother-in-law’s house. I was so glad I was able to find it! I would have given up if I’d had to peel by hand. After this first apple, I had to figure out how to adjust the depth of the peeler blade, to actual peel all of the peel, but once I had that going, there was no stopping me!

Having never made applesauce before, of course, I had to turn to the Internet for recipes. Many called for freshly squeezed lemons. I went with the lemon in a bottle, I was feeling adventurous enough making applesauce: squeezing lemons seemed a step too far for today. I’m not a huge fan of The Pioneer Woman, but I settled on following her instructions (except for the cinnamon).

My mom happened to stop over when I was getting ready to put the first batch through the blender — she made a comment about how she liked to leave hers chunky when she has made it in the past. NO CHUNKS for us, please. It needs to be SMOOTH. So in to the blender to be pureed! Mark has taste-tested and approved the texture. I think I probably used more sugar than his Mom used to, but I think I got the texture right!

And if that weren’t enough, I turned about 10 apples into a Caramel Apple Crisp. Oh heavenly day. Usually I’m a “it isn’t dessert if it isn’t chocolate” kind of  a girl, but wow. This was amazing. (Found here. I didn’t have pecans and I doubled it).

I still wish I had gotten some quilting in today, but I’m pretty thrilled with how my day turned out!