This morning, the guys got up and headed out to the farm to burn down an old barn. Mark has wanted to do this for awhile, but it’s been either wet or windy every day since forever.

Of course, this meant gathering up all of the supplies and buying a few key ingredients (i.e. hot dogs and buns…and drinks and chips and marshmallows and chocolate…), which I did, and then I headed out to the farm. By the time I got there, the fire was still quite hot, but very little was still recognizable, it was mostly charred timbers laying on the ground.

Mark did share this photo he had taken of the fire in progress that made me laugh right out loud: 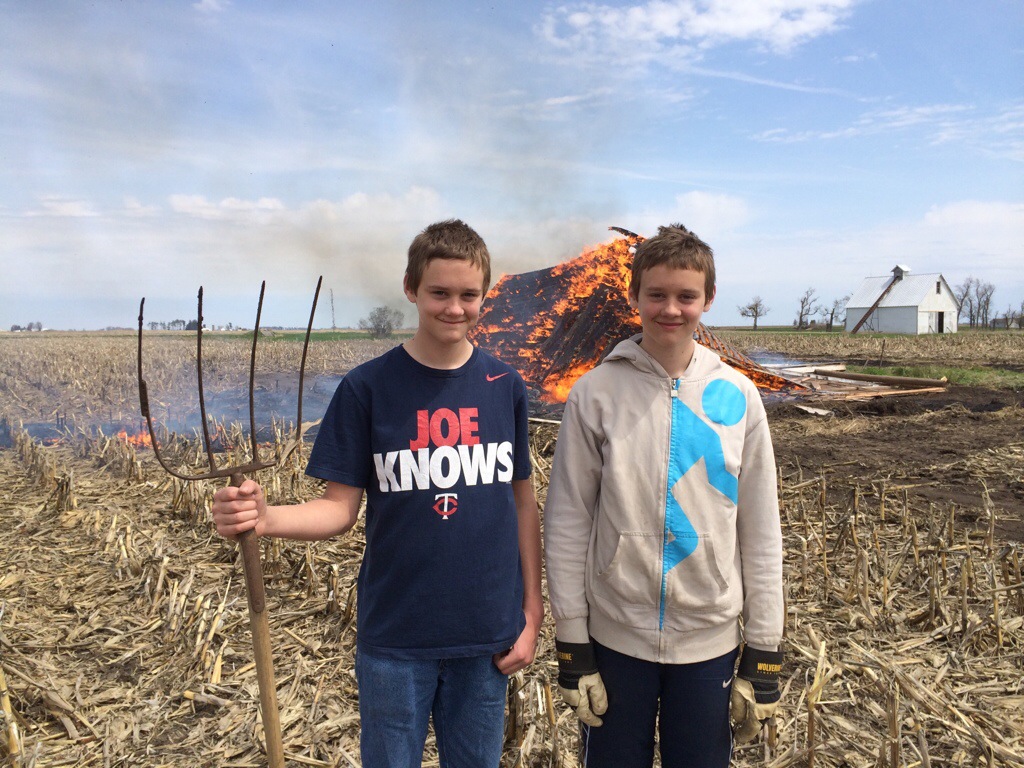 Kind of a perverted “American Gothic,” I suppose.

As I said, it was VERY hot next to the fire, the boys could barely stand to get close enough to roast the hot dogs, and eventually the marshmallows. (It’s apparently a law that if you have a weenie roast, you also have to have s’mores.) 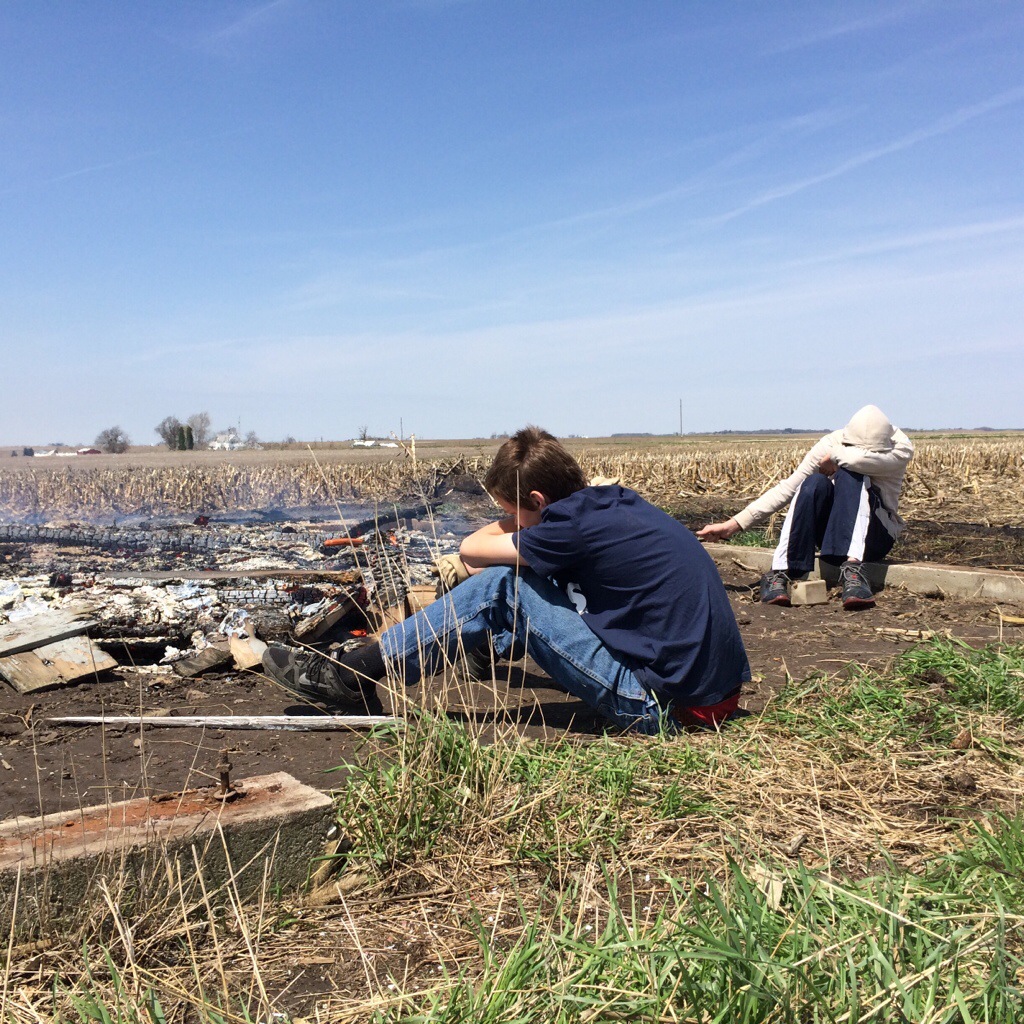 Personally, I like my marshmallows nicely browned, but apparently Will likes the taste of ash: 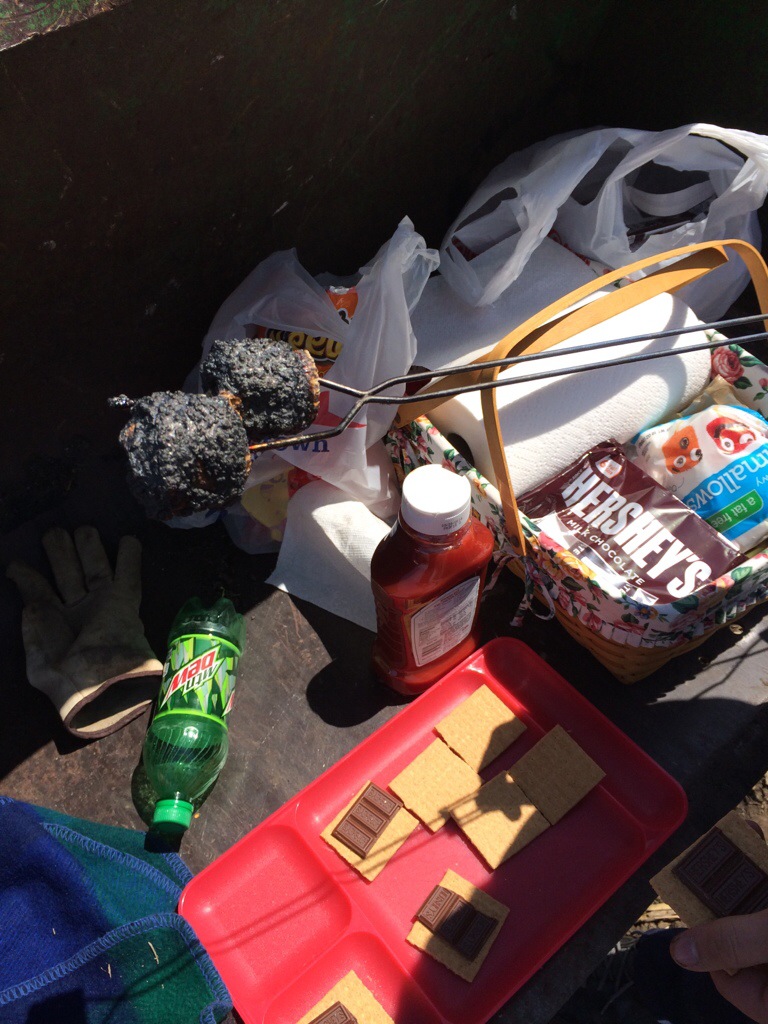 We decided that’s what marshmallows must look like on the surface of the sun.

After the fire no longer needed their attention, they were going to go see if they could cultivate a field — Mark’s going to teach the boys how to do it!

They were already covered with a pretty decent layer of filth when I saw them, I can’t wait to see how dirty they are when they get home. Mark came home with mud all over the sleeve of his sweatshirt a couple of days ago. The quantity of mud indicating that he had had a VERY good day at the farm.

Of course, any day at the farm is better than one stuck in a cubicle…