January 26, 2014 Let us in, it’s a blizzard out here! (The wind is howling, the house is creaking, school for tomorrow is cancelled, U.G.H.) 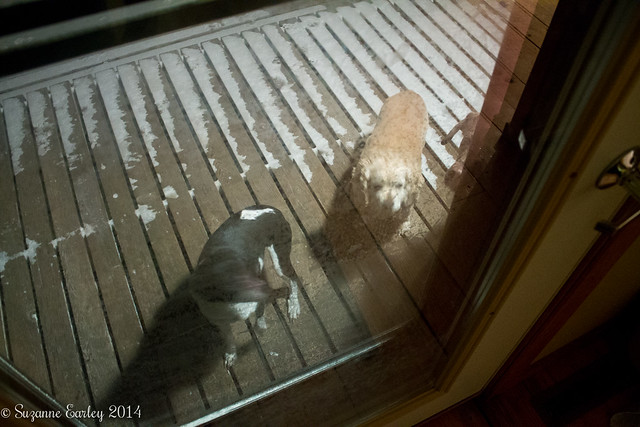 January 27, 2014 Brrrrrr. Day off of school due to cold. Ran outside with the dog to try to take some pictures, it was too cold for me to actually do anything more than shoot a few and then we all ran back inside. 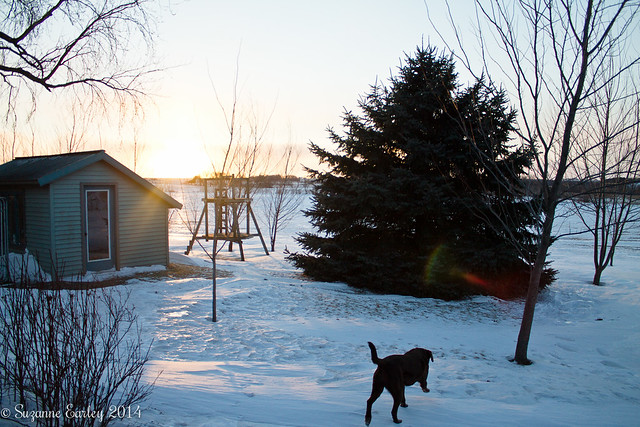 January 28, 2014 Back to my desk. This picture makes it look neater and nicer than it really is. You can’t see that immediately to the left is a wall….my office is very narrow….. 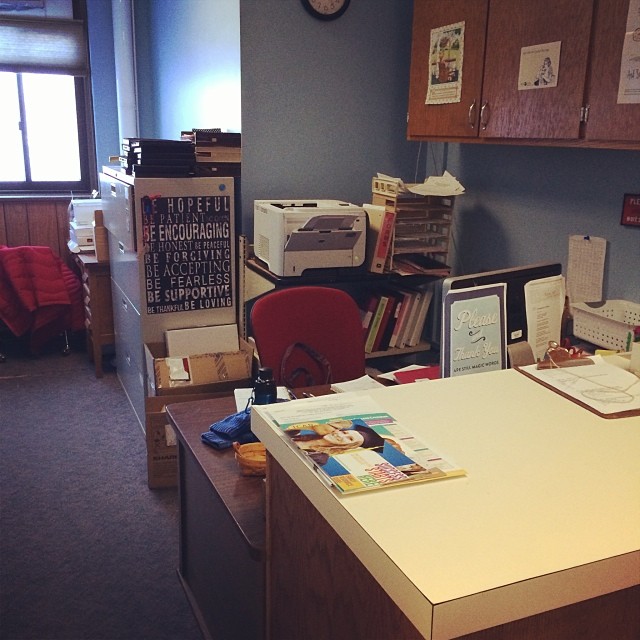 January 29, 2014 “Lively” — she’s sure a lot more lively then any of the humans in the house at the moment….the ones that are glued to their laptops….that she is standing on! 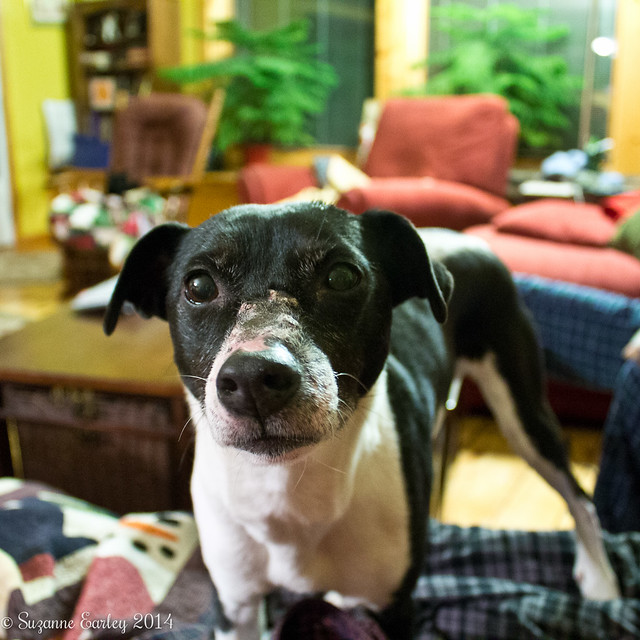 January 30, 2014 The necklace and initial charms were a birthday gift, the cherry was received at Christmas. Kind of stretching for today’s picture. 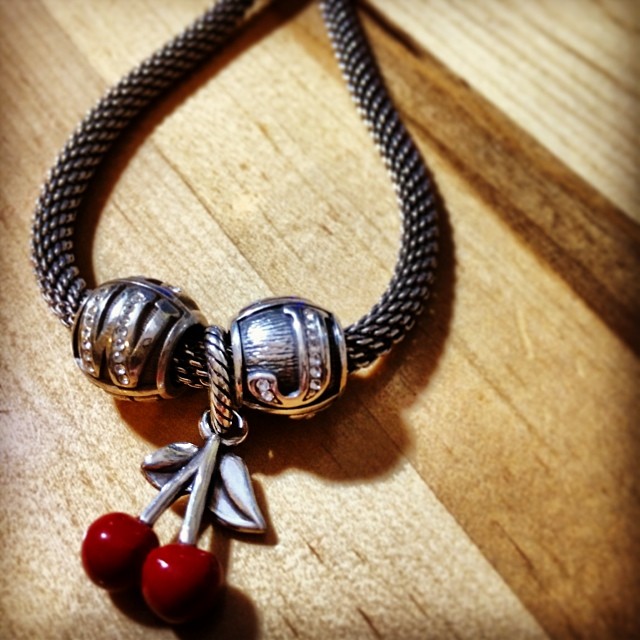 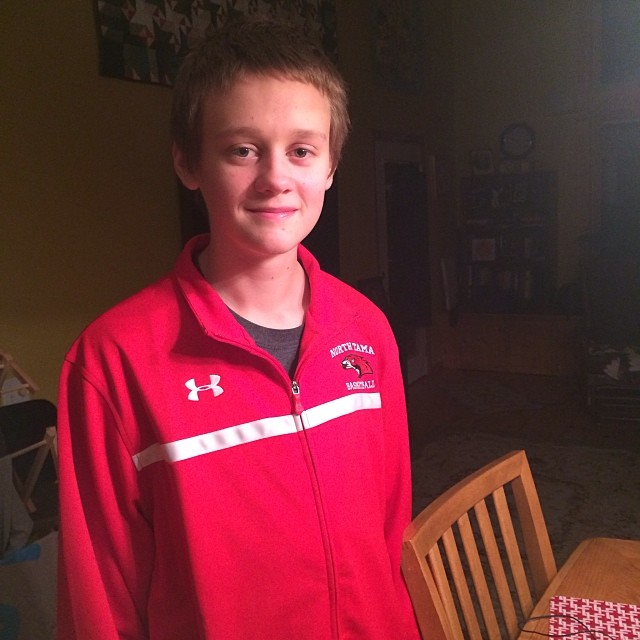 February 1, 2014 Mark and Madeline, chatting about her bracelet. 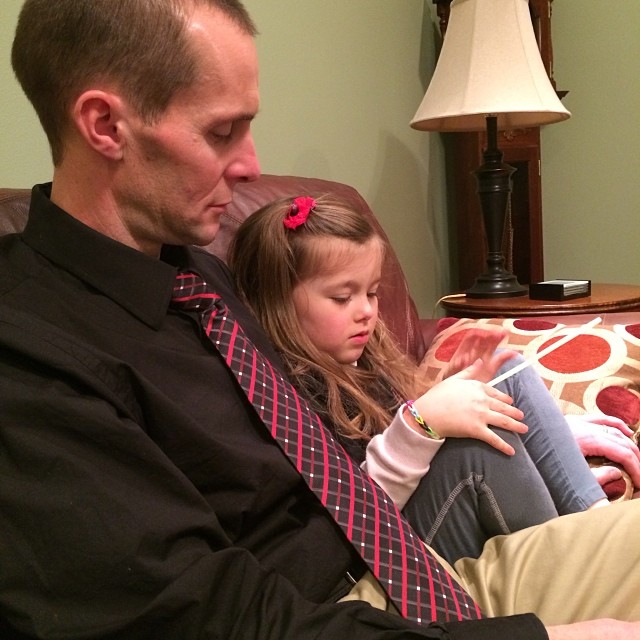 One whole month down! Here’s January in review (and yes, there are more than 31 pictures, January 3rd had two, that I had originally combined into one picture for the “official” picture. 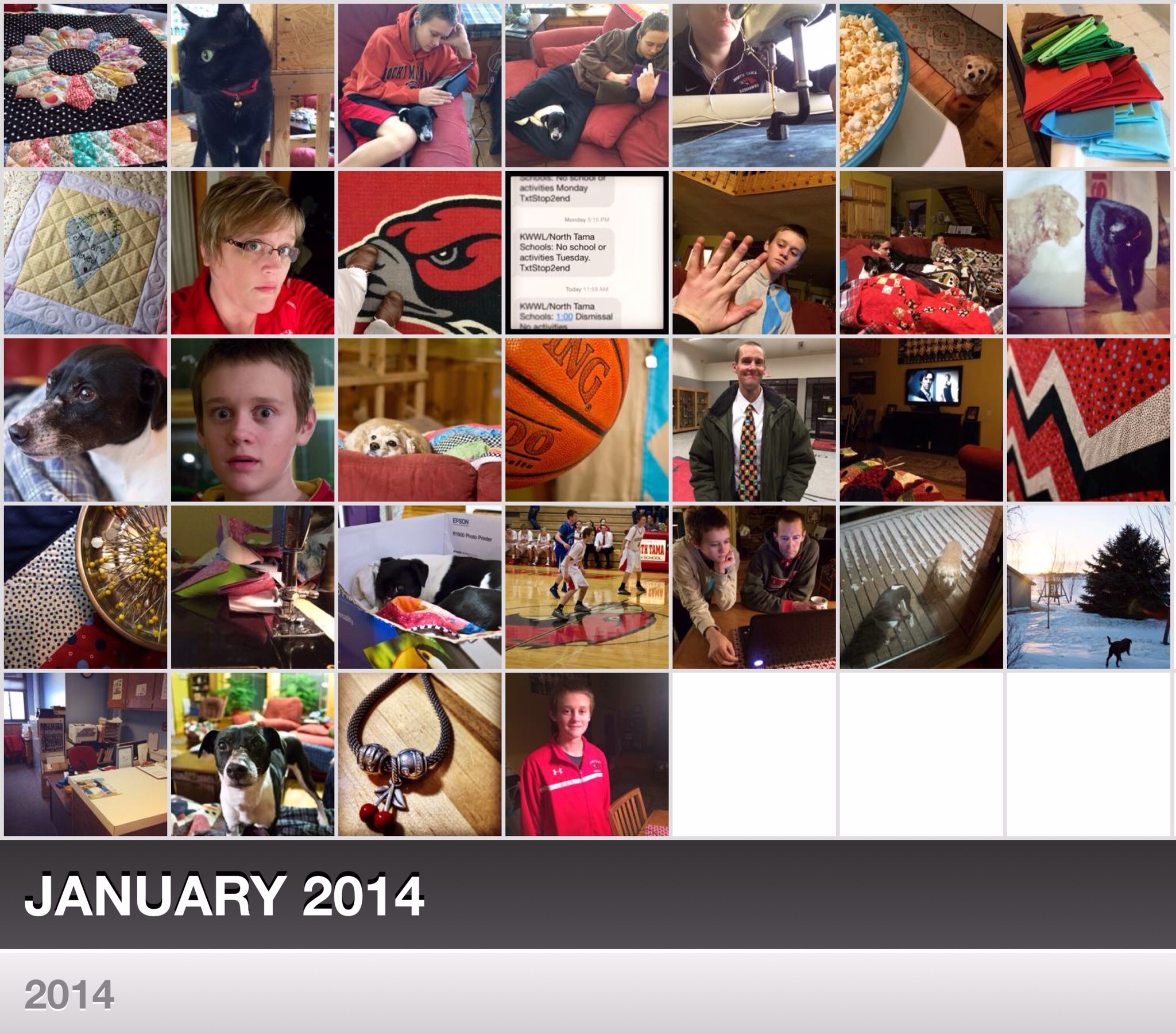 More than half of my photos are from my iPhone. It may not be the “nicest” camera I own, but when it’s the only camera I have with me, that automatically makes it the “best” camera for the job!