You are here: Home / Blog / Quilting / Auditioning designs for the Helix quilt

The first thing I did on Helix was all of the straight line stitching, outlining the green sections. Because I didn’t want to switch colors every 5 seconds, I chose to do all of the “SID (stitch in the ditch)” on the green, which meant that half was truly “in the ditch” and half was on the “high side” of the ditch (because the “ditch” was actually on the brown side) — some people wouldn’t like that, but it’s how I chose to do it. And all of the non-quilters read that sentence and went HUH?

After I got all the way through with that, I had to make a decision about what to actually quilt. I had a ton of little bits of the pieced green leftover, so I used some of them to auditions designs before I started quilting rocks that I ultimately chose:

If I’m being honest, I knew what I wanted to do the rocks, but I was trying to talk myself out of them, knowing that even at the size I planned, they would take awhile. I quilted a section of those, so I could compare some other ideas: 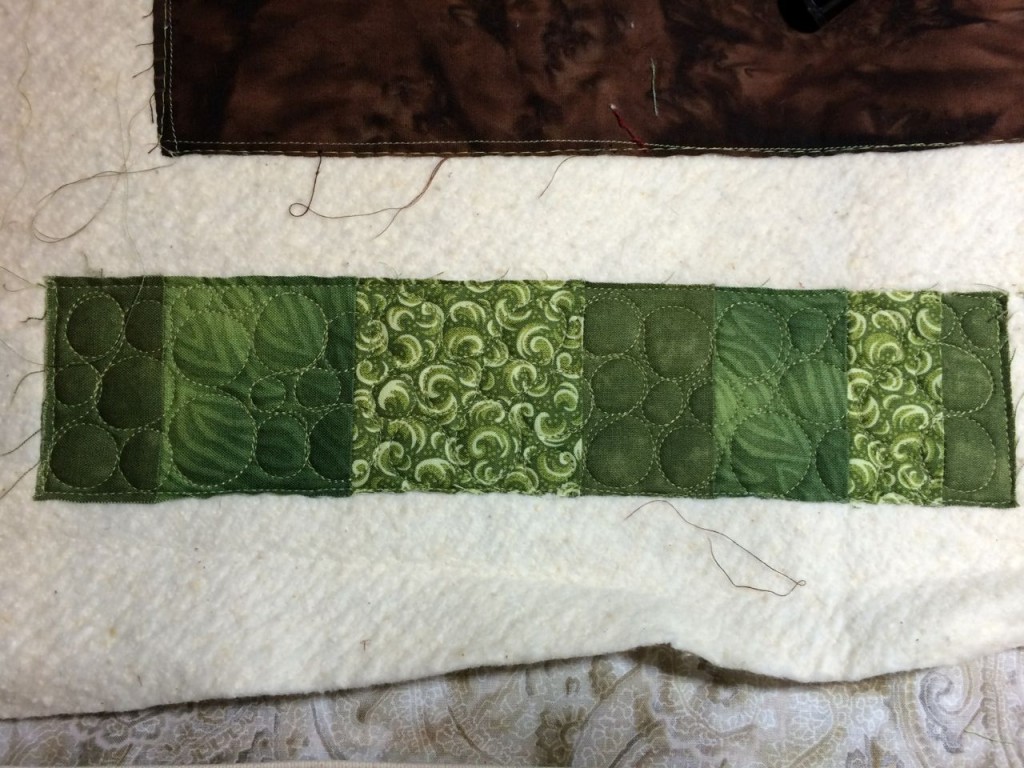 This next one wasn’t really in the running, but it had been going through my head, so I wanted to try it. 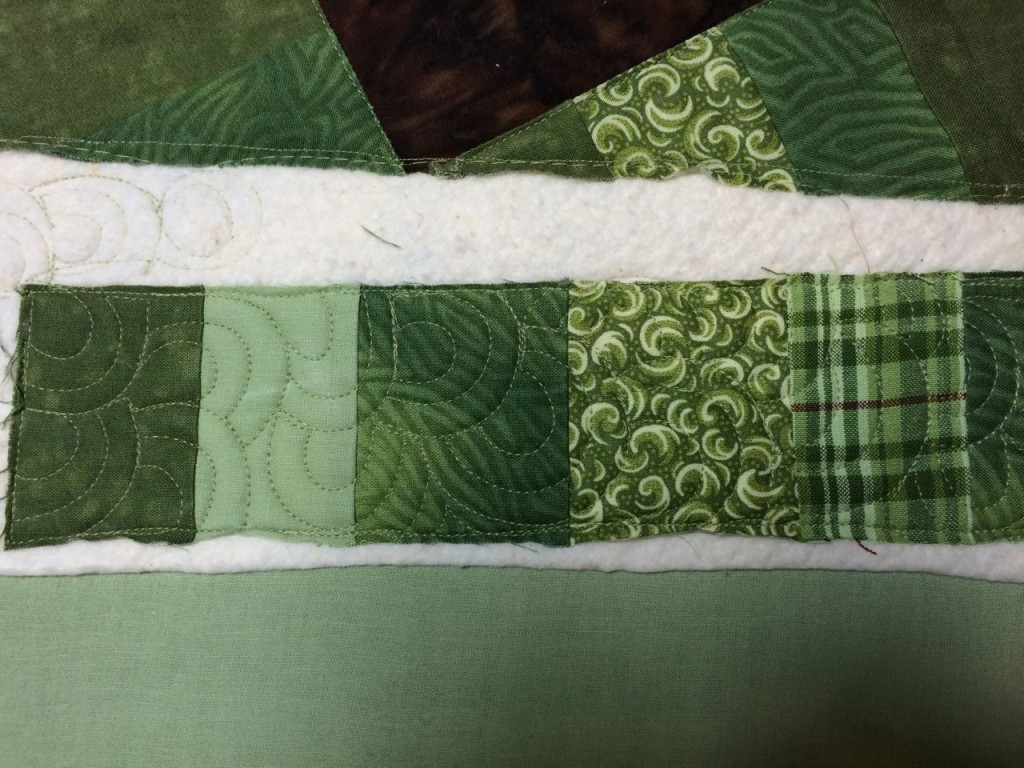 I thought about doing a basketweave in the green, that would have been about this density, so the wider sections would have had more rows of the weave: 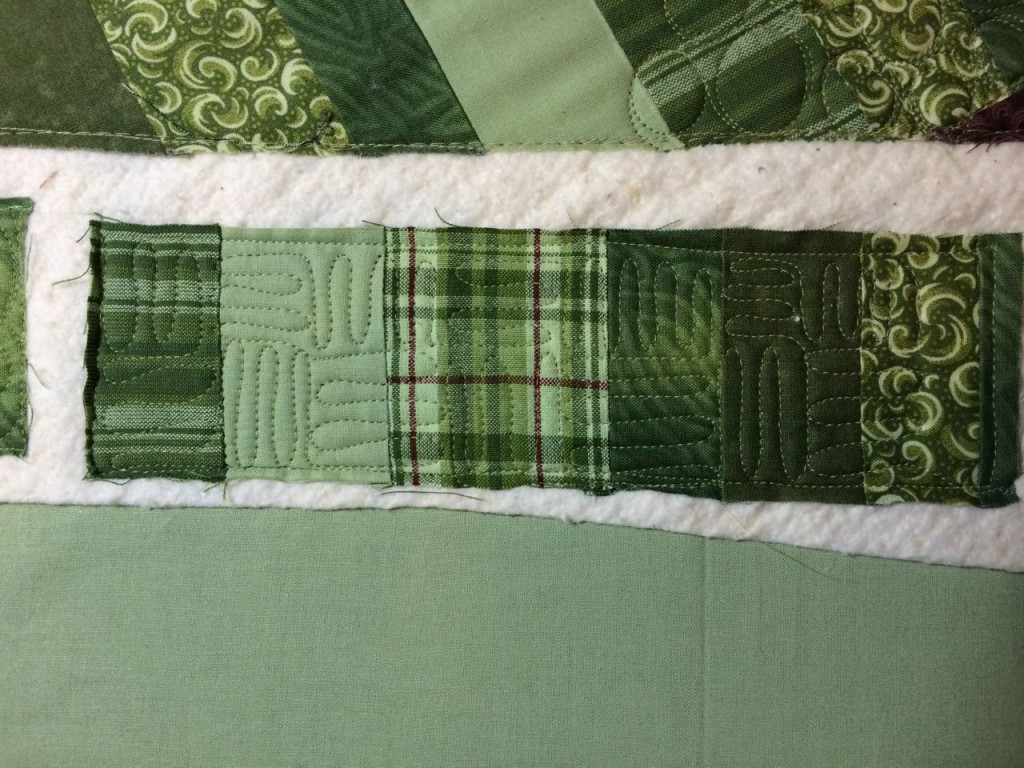 The original pattern had straight lines in the green. The picture isn’t close enough for me to tell for sure, but I think it was straight lines that went all the way to the edges. I knew I wasn’t willing to do that, but I auditioned straight lines like the following: 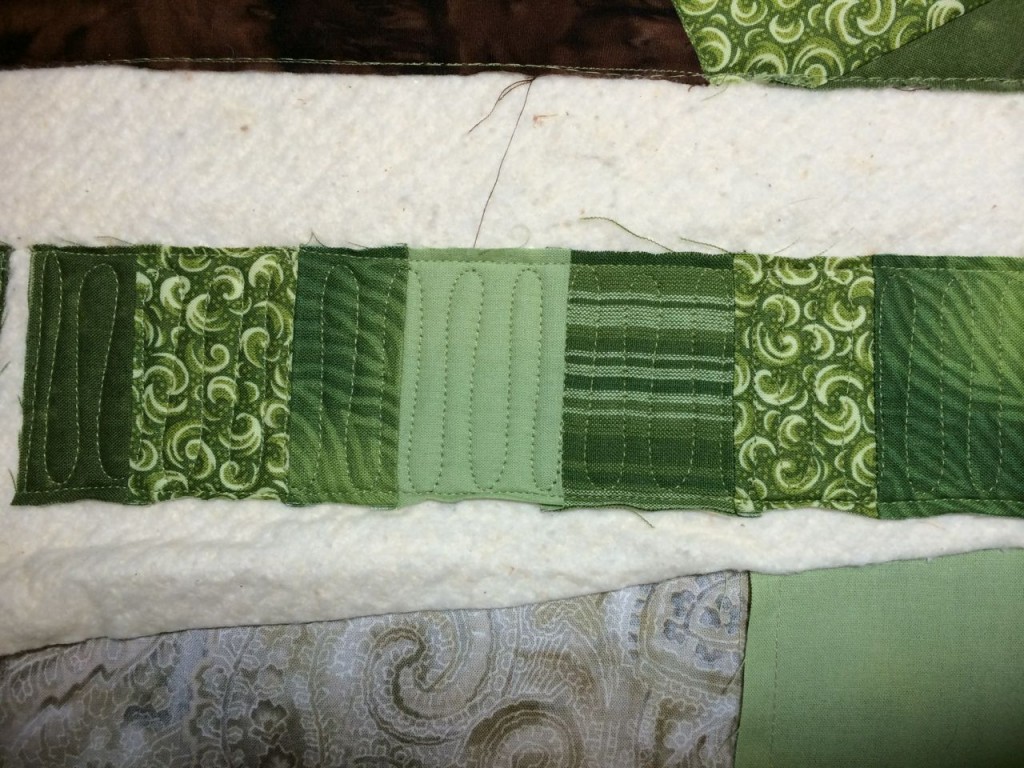 My mother happened to come over as I was examining my options, and I don’t think I prompted her, but she picked the rocks right away as her favorite. So much for talking myself out of them, right?

I was glad that I had taken the time to audition in thread, though, because I would have hated having to take very much of any one of those designs out.

So, that’s how I decided to quilt the rocks. I always kind of knew I wanted to put the leaves in the brown the way I did, and as I mentioned, the basketweave that finished off the brown was a last minute decision, but I’m glad I did, I really like the detail it added.