You are here: Home / Blog / Quilting / She has great taste

I had to go get groceries, and while I was out, I did some shopping for fabric, to add some additional variety for my pinks, blues, and greens. (Yes, I have hundreds of yards of fabric in my sewing room, but somehow I don’t even enough of the colors that I need…)

While I was picking things out, another customer and I were doing the “excuse me, can I get past you” dance as we traded places back and forth looking at different sections. Every time she went past me, I noticed that she was picking out the same shades of pinks and greens that I was, which I thought was kind of funny.

When we were waiting in line to get our yardage cut, I asked her what she was making with her pinks and greens. She sighed and rolled her eyes a bit, as she pulled out a magazine and showed me a super cute quilt that was all bright pinks and lime greens, I think the quilt was called Cherry Limeaide, but I didn’t catch the name of the magazine.

“It’s for my granddaughter,” she said.

I said “cute,” but she continued:

“I don’t really care for the pinks and greens, but she likes it, so…” and she shrugged. There’s no accounting for some people’s taste, apparently.

I just realized that I am, and was at the time, wearing a lime green sweatshirt with pink lettering, and, of course, had a fairly significant quantity of lime green and pink in MY shopping basket.

I just shrugged my shoulders and grinned at her. 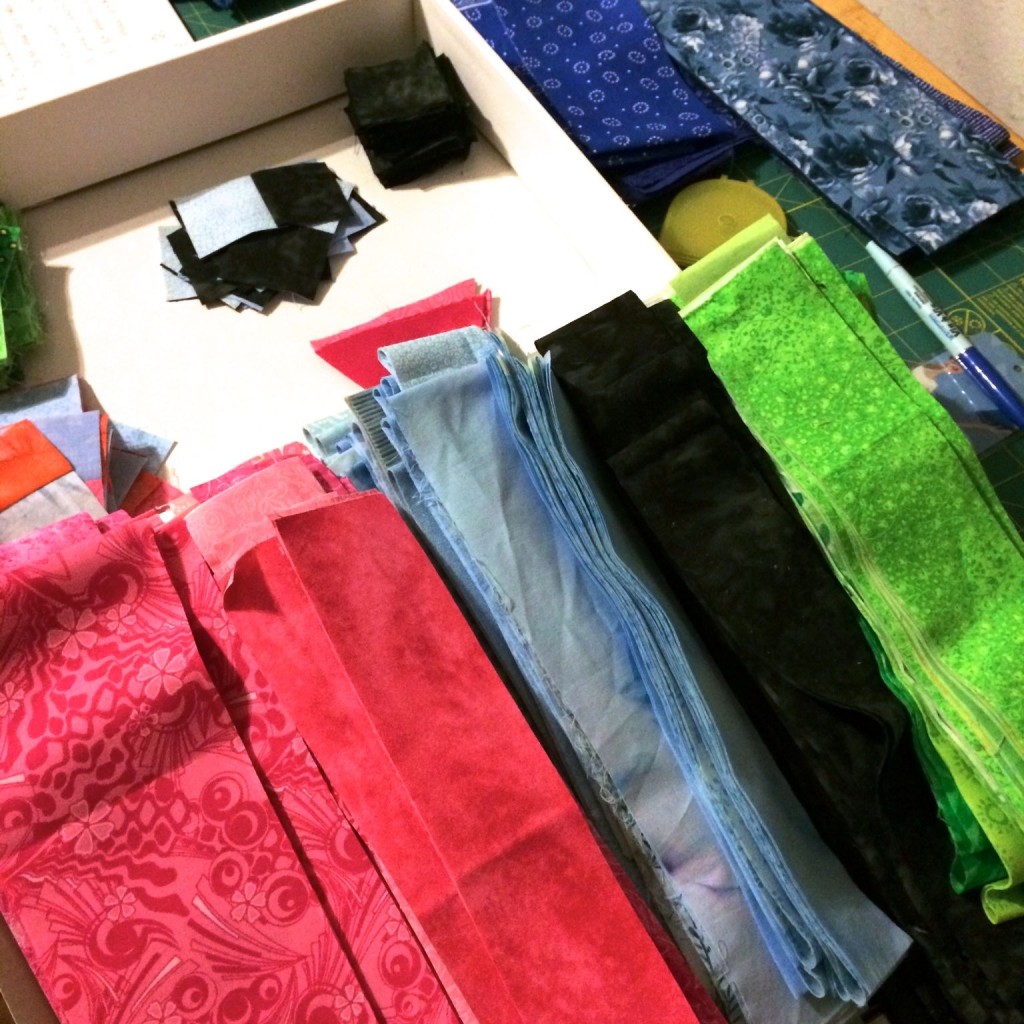