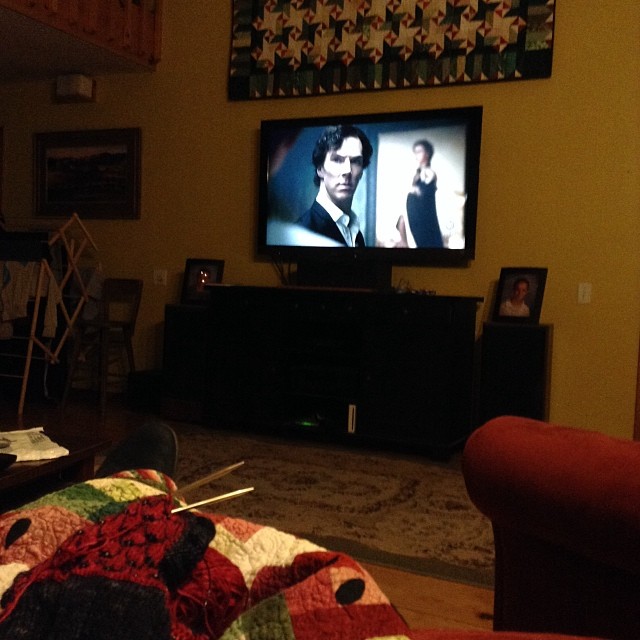 January 20, 2014 — I went on a piecing binge to make this quilt top, a gift for Mark’s birthday. I was very sneaky — I pieced it in plain sight, didn’t even try to hide that I was making it. Of course, I didn’t tell him what it was for! 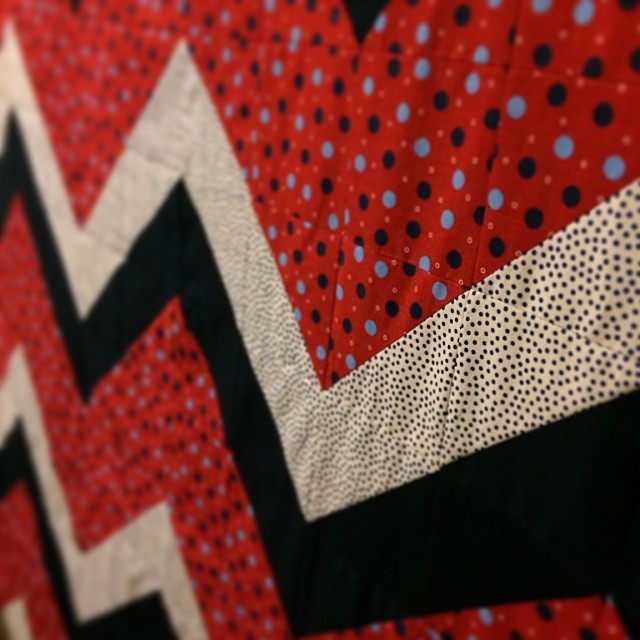 January 21, 2014 — Loaded up Mark’s quilt and got some work done. The prompt for the day was “In A Bowl” — I have a bad habit of pulling out bent pins and sticking them back in the bowl instead of getting rid of them. I recently bought some new pins, and am forcing myself to mindfully get rid of the bent ones. I’m worth straight pins, I think. 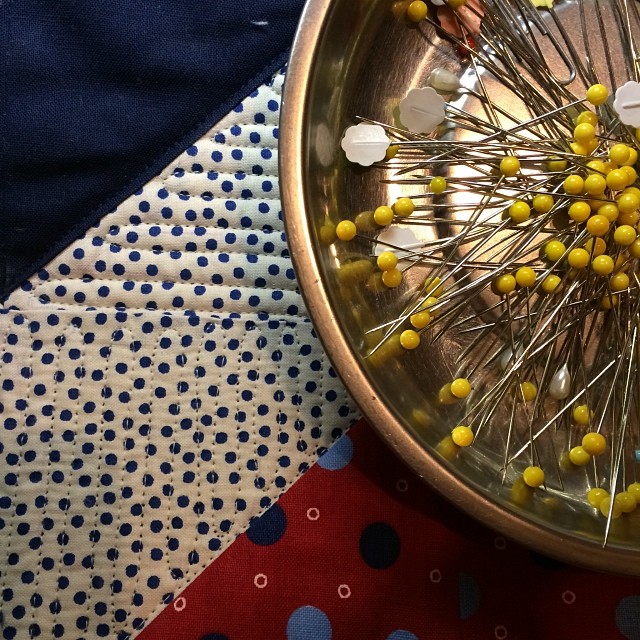 January 22, 2014 — I’ve made a lot of progress on my quilt, by having the pieces out and ready to go. I love working on my Featherweight. 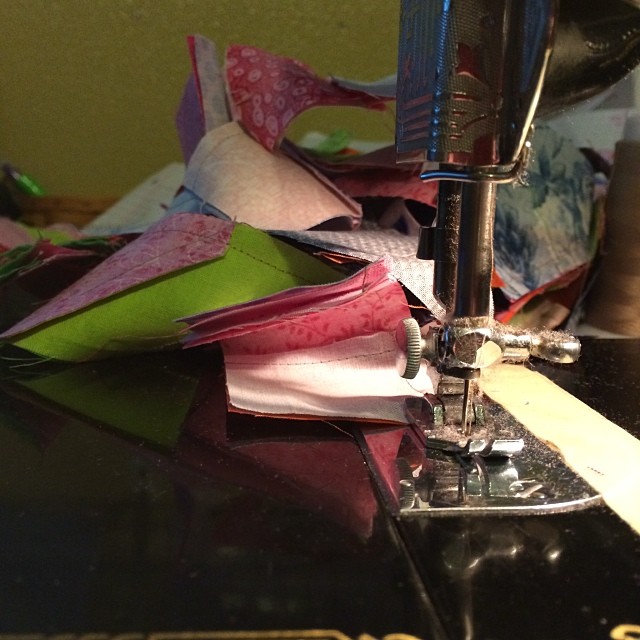 January 23, 2014 — I tried to take pictures of the dogs, but they were acting like my kids, refusing to cooperate. I finally caught this one of Oreo in her printer box bed, giving me the “why are you taking my picture again” look!

January 24, 2014 — JV Basketball game. I was aiming at the boys, and didn’t realize until later that I had managed to frame their Dad in between them! 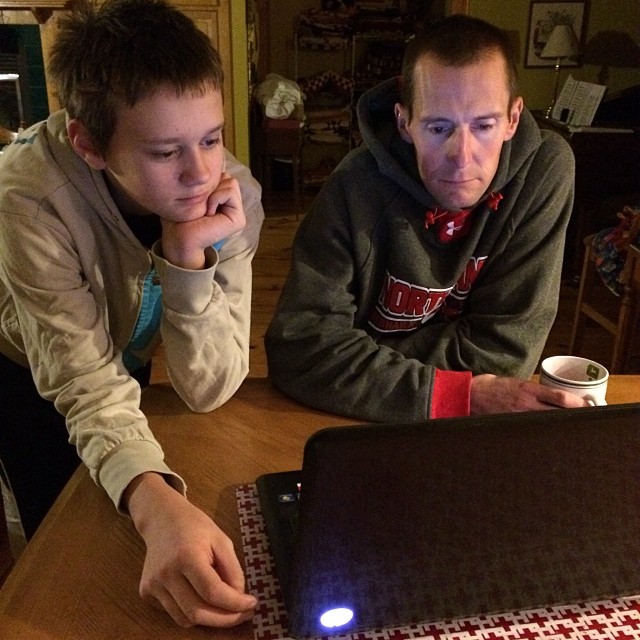