I struggled this week to get pictures in, I have plenty of time during the day, when there’s good light, but leave it until the end, when it’s dark, and the pictures don’t turn out real well. My week 4 resolution is to be thinking about photo ops earlier in the day!

January 12: We were watching a movie, and I held the camera up, said Oreo’s name, and snapped quick, while she was looking at me. 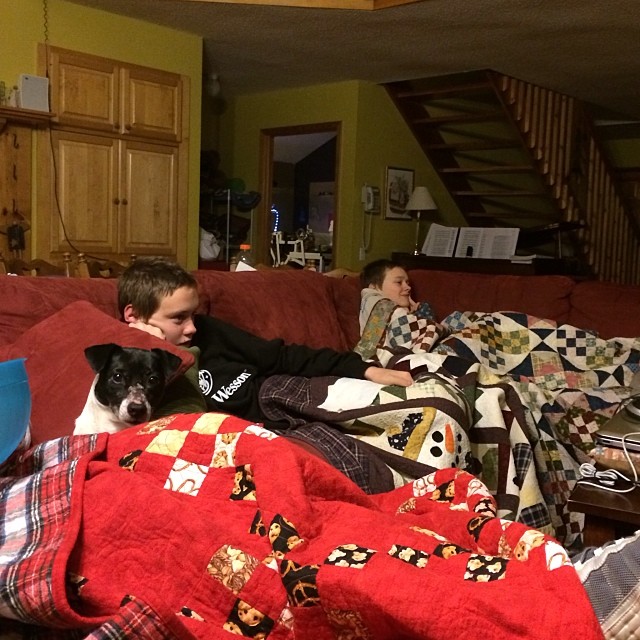 January 13: Lighting was terrible, but this one cracked me up. I used some filters in Lightroom to try to age it a bit. 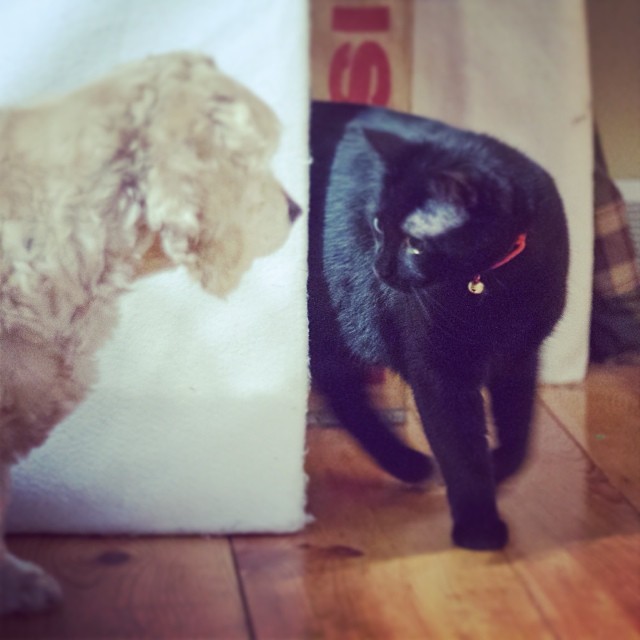 January 14: This was a lucky shot. I think the prompt that day was “sweet” — Oreo is definitely a sweetheart when she wants to be. Other times she’s a real pill….

January 15: I tried to get his picture emptying the dishwasher, but again…too dark….we stood looking at each other, and I wondered what else I could make him do, and as I pointed the camera at him, he made this creepy face.

January 16: I was going to be at a basketball game, and getting action shots tonight, but the weather scared me and kept me home. Again, dark conditions, but I feel like I ended up getting a pretty lucky shot of Katie curled up on the back of the couch. Goofy dog.

January 17 — The prompt was to look for texture. We’re knee deep in basketball season, so I thought this was a pretty good story for the day.

January 18 — I had in mind that the prompt was “character” — the prompt was actually “pose,” but the first line of the e-mail was “things to look for: character.” Well, Mark wore his Grandpa Harold’s Garfield tie to the basketball game tonight, so I thought that fit the bill pretty well! 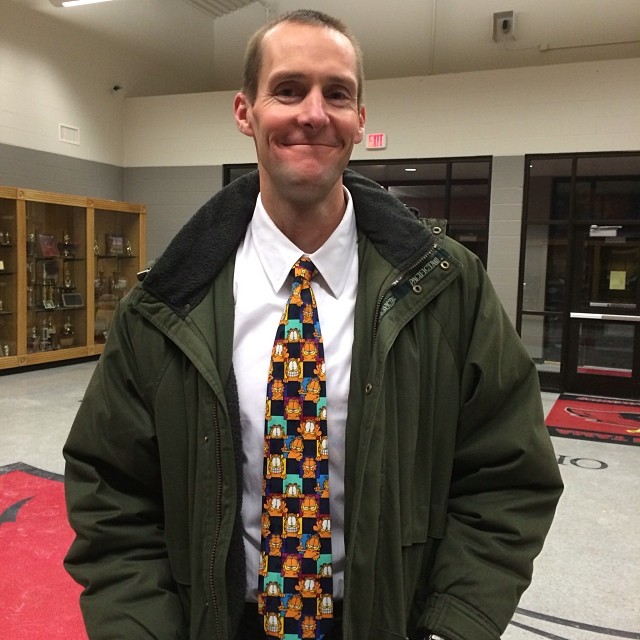