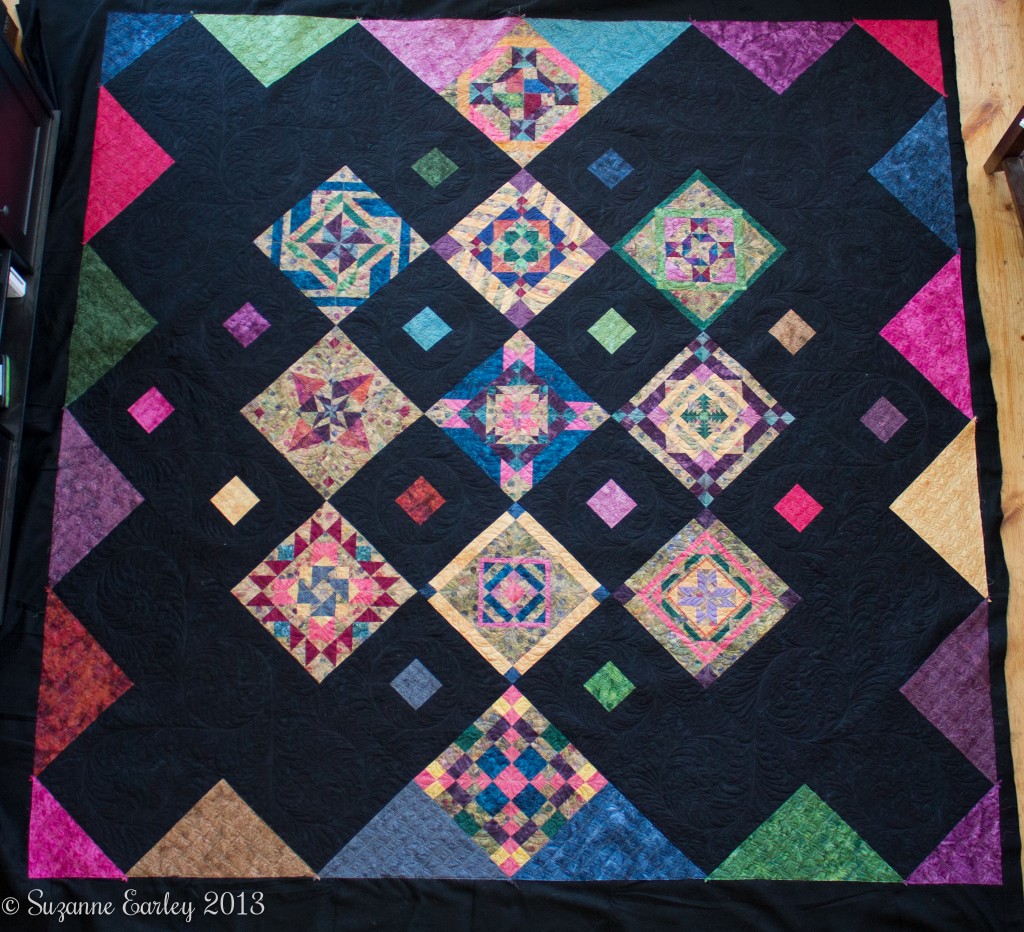 It is hard to get good pictures of a nearly black quilt!

The quilt is 106 by 106, I used Midnight Dream Black poly batting. The back and background fabric is actually a very dark navy, but I opted for Black Bottom Line and Superior So Fine 410, which is a slightly off-black thread. The light thread is a So Fine 449 (a muddy green).

I agonized over what to do in the blocks themselves, and started to go for a “customize every single block” plan, but quickly realized that was going to make me crazy. I chose to do a freehand feathered “X” on each block, alternating with the “O” design in the plain blocks.

The wide open corners and sides were kind of a scary open canvas. After I’d started, I actually thought of several different ways I might have broken up the space differently, but it was too late by then….

Everything was done freehand — I marked spines and grids, and drew myself starter feathers to remember which direction I was supposed to go. The little motif that I alternated with the feathers was something new to me, most of them look oK, but sometimes I would forget the motion to make it and ended up with something else, oops! 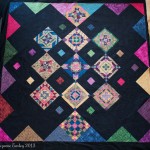 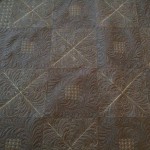 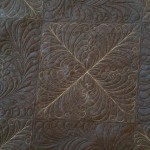 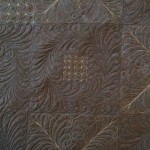 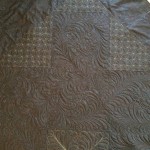 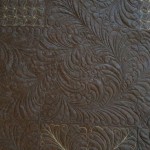 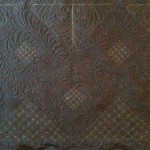 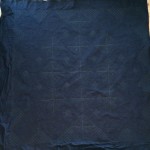 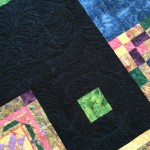 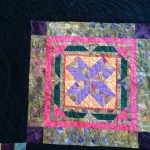 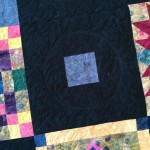 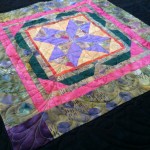 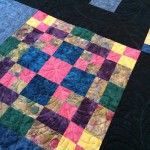 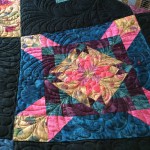 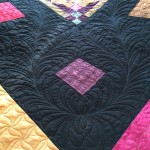 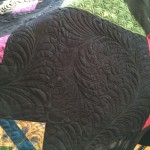 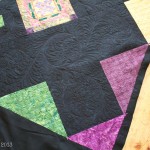 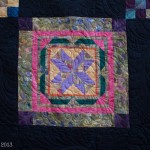 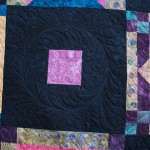 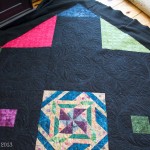 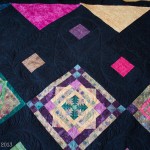 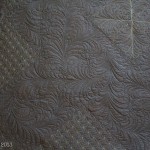 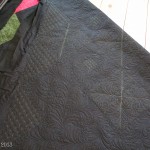 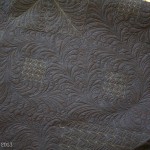