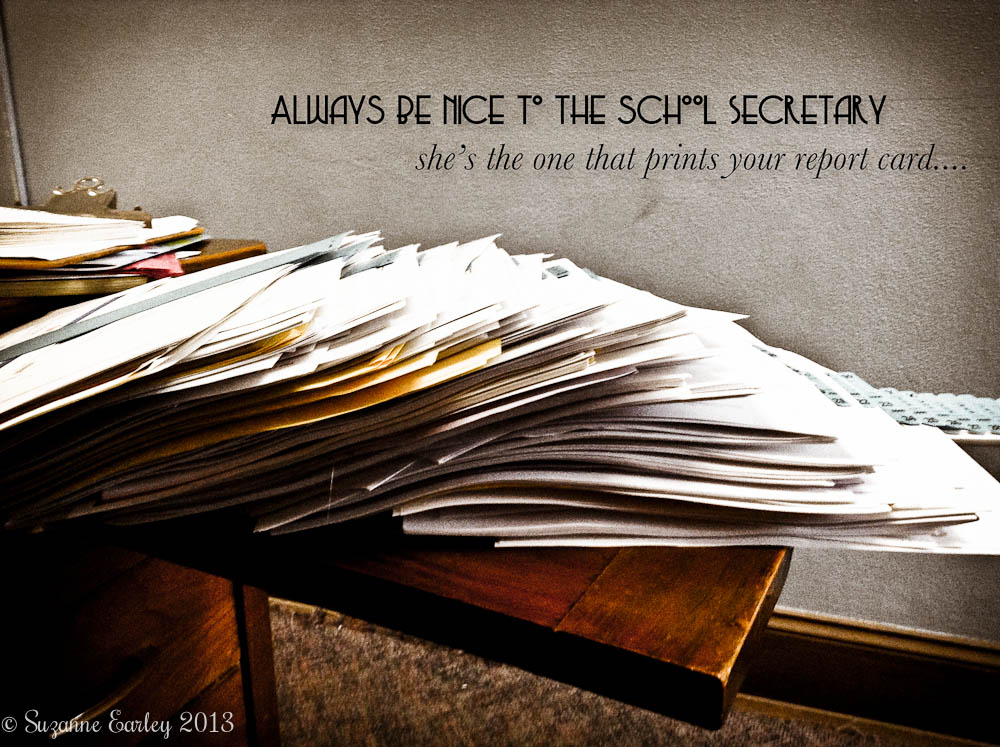 Right up until the day I heard that the school needed a new secondary secretary, I never would have imagined that I would be working at the school in this capacity. As soon as I heard about it, though, I knew I needed to apply.

That was August of 2011, and now I’m finishing up with my second school year as secretary. There are about 250 students, and 20 some-odd teachers in the secondary (grades 7-12).  There are so many days when I want to run home and burn up my keyboard telling about the latest crazy story, the most recent odd conversation…but I can’t. For one thing, I’d lose my job, and for another, this town is too small: changing names to protect the innocent wouldn’t really help, because someone would probably figure out who I was talking about.

There’s a lot of crazy stuff that passes through the principal’s office, even at a small rural school like ours. I never know what each day will bring, sometimes that’s good, sometimes…not so much.

But now, everyone’s mostly gone — it’s just the administrative staff finishing up the year, and getting ready for the next year. I have a lot to do before I can take my summer vacation in July. I have the day off tomorrow, though: the boys are playing in FOUR games. Two junior high, and then we have to change locations for a JV doubleheader.

I find that I would like to say more about the topic of schools and being a school secretary, but it’s late, and as I mentioned….ballgames…I’d better get to bed and maybe I’ll try to say more another time.

(Picture is of the report cards alpha-sorted, waiting to be stuffed…)