You are here: Home / Blog / Family / Everybody looks like a twin 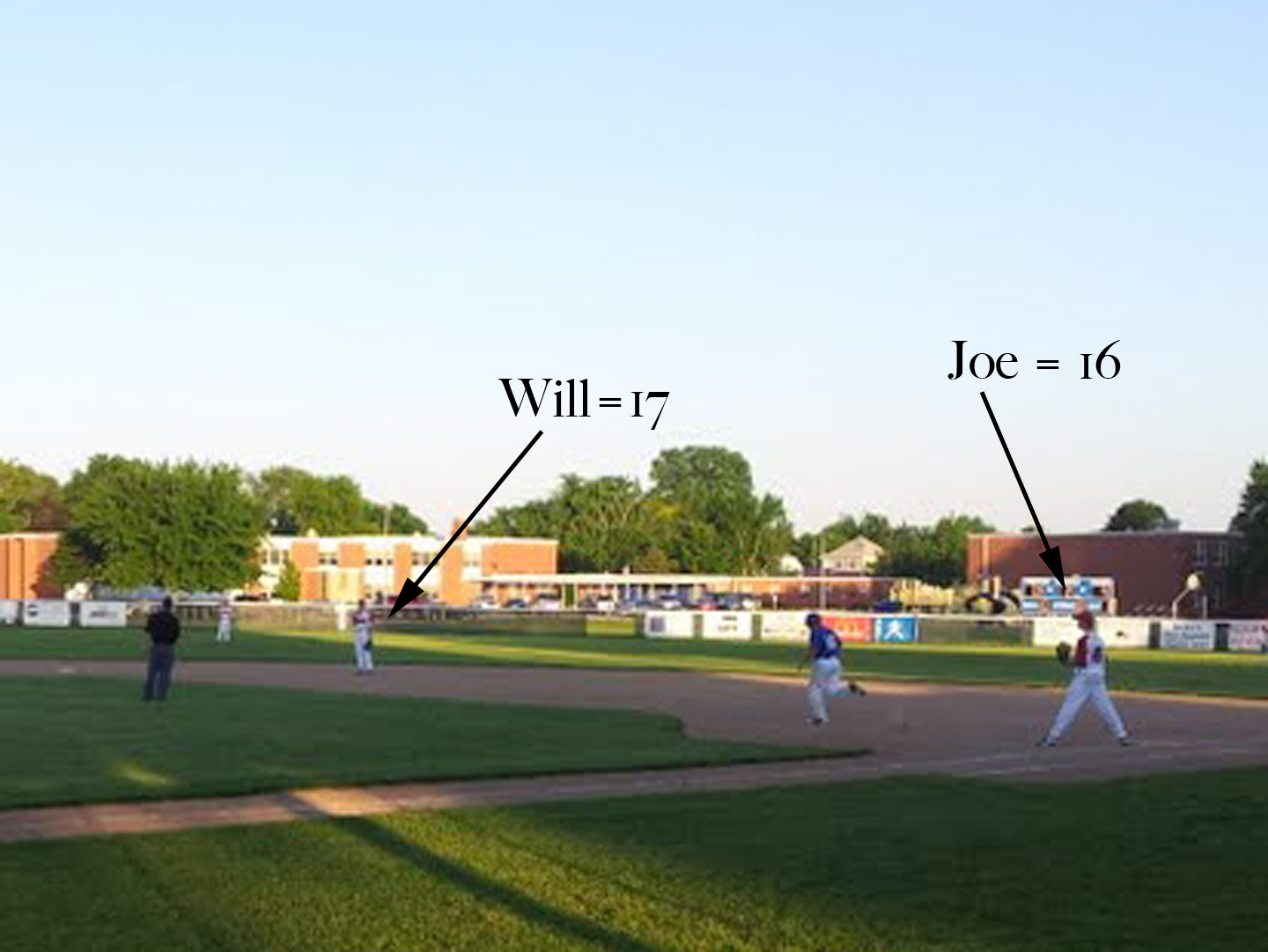 I think I was saying something about having time to quilt some more. I somehow forgot that it’s June. And with the boys playing both Junior High ball and JV ball this year, I pretty much won’t do anything BUT work and watch baseball, except for the few days when I’m on vacation by myself. (NEXT WEEK, OMG. So excited. But that’s another post).

Reason #452 that twin boys are awesome: They play the same sports on the same teams. I don’t envy families with age differences, or boys and girls both, who have to run all over creation to get to as much as they can…

Everyone’s always asking me how to tell the boys apart. (Wow, that post is older than I remembered.) Ironically, the person is asking is often a fellow parent at a ball game of some sort, and the irony is that they are with a bunch of other boys in uniform, and it’s hard to tell who ANY of the boys are.

In the case of our boys, we always try to encourage Will to get a uniform with either 1s or 7s. Or both. “11” looks like the double Ls in his name. “7” is an upside down and backwards “L.”

Joe is encouraged to try to get something with a zero in it. Or an 8. Of course, this year, they are the youngest on the HS team, so they were stuck with whatever they could get (although Will scored “17”), and Joe is wearing an XL uniform with the number 16 on it.

Last night, Joe was on First and Will was playing Second. Not that you can actually tell in this picture I took with my cellphone. These could be completely random boys for all you know. Stick a hat on them, put them all in the same uniform, and they all start to look like twins.