You are here: Home / Blog / Book Reviews / Challenges and Memes / YA2U — YA Authors bringing their book tour to a hometown near you 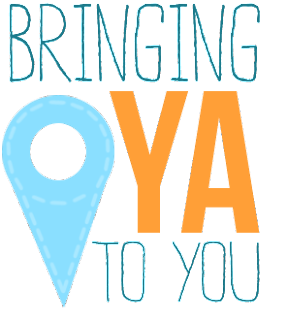 Have you ever wished that a big YA book tour would make a stop in your hometown? Well, here’s your chance for that wish to come true! YA2U is a program that features five award-winning and best-selling authors who are holding a contest to see what city they should visit in an exclusive tour stop!

The authors are collecting votes from January 1 to February 15, and any city in the continental US or any Canadian city that has an international airport can win an exclusive visit from all five authors, including an author panel and book signing! Entering is super easy–and if you help spread the word about the contest, you can also enter win a signed copy of all of their books (TEN signed books in total!)–and the book contest is open internationally!

The authors in the program are: 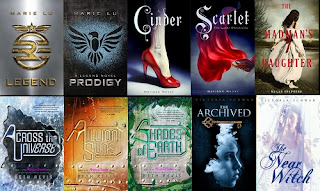 And they want to have an event in your home town! To participate, just got to the YA2U website and let them know what city you want them to come to. And while you’re there, help spread the word about the contest and you can be entered to win all of their books–TEN signed books in total!

Here’s why the YA2U Team should come to MY hometown!

OK, I’m not actually going to try to solicit votes for MY hometown, because…yeah. I don’t think Traer’s grass landing strip counts as an International airport. However, I do think it would be pretty cool if an Iowa city were to win (Des Moines? Cedar Rapids?), because I get kind of tired of Iowa being ignored: honestly, Iowa is pretty darned nice. We even have a video that says so:
Even if a city in Iowa doesn’t win, though, I think this is a pretty cool idea. I hope that the city that does win is actually one that doesn’t normally get book tours. Just because we live in less-populated areas doesn’t mean we aren’t reading and rooting for our favorite authors to be successful.

Why should the YA2U Team come to your hometown?

Why not join in the fun today and share with others about this program and your hometown. The more votes your town gets, the closer you are to having your very own personal tour stop! Vote for YOUR town here!

And if you help spread the word, you can also participate in the book giveaway. Tell them that you learned about YA2U from me and we both get extra entries in the contest!