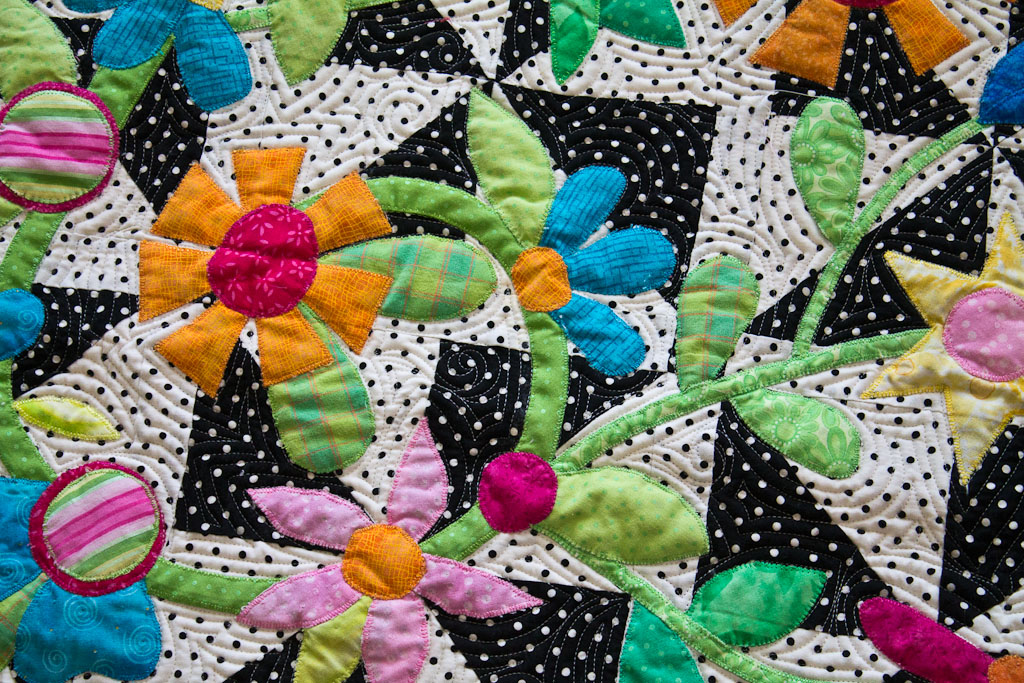 “Where flowers bloom, so does hope.”

This is an original quilt design, and I’ll be honest, I think it’s one of the prettiest quilts I’ve ever made. 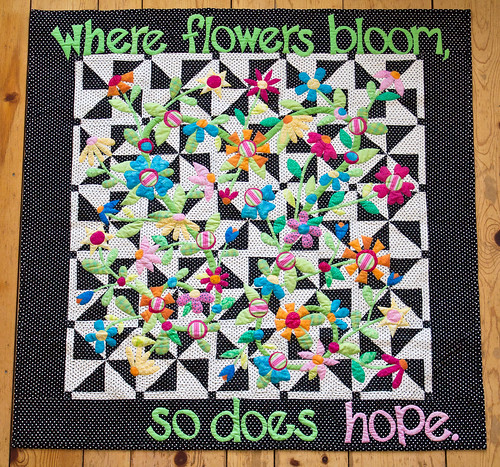 The top was pieced, and the flowers fused on top. I cut and cut and arranged and arranged and cut some more. And arranged some more. ANd then I basted it to some batting and did the machine applique through both layers. The quilt measures 55 by 55, so you can just picture me swearing at the quilt and myself, wondering why I thought that was a good idea. 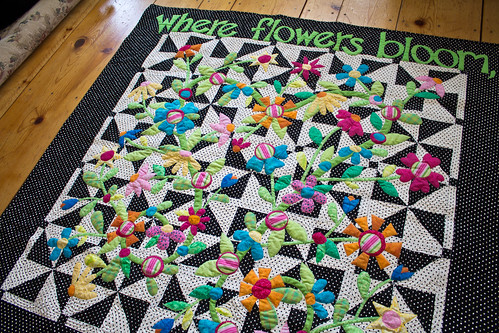 After the applique was done, I added the borders…and the words…and then machine stitched those, as well. 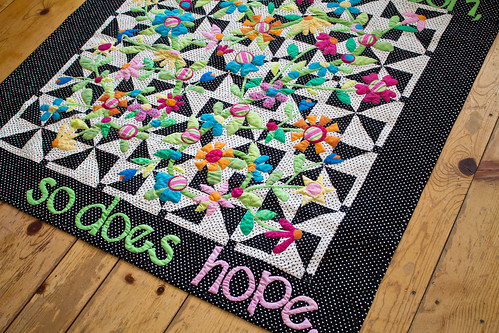 And then it was time for quilting, which in this case is pretty much texture holding the thing together. 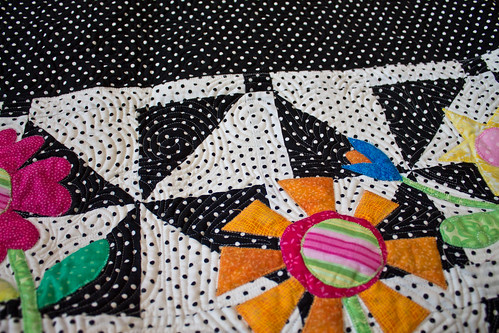 I’m not positive, but based on the feel of this, I might have stuck a second layer of batting in before I quilted, (why? I do not know. In this case, it is pretty stiff, and that’s OK, since it’s meant to hang, not be used). 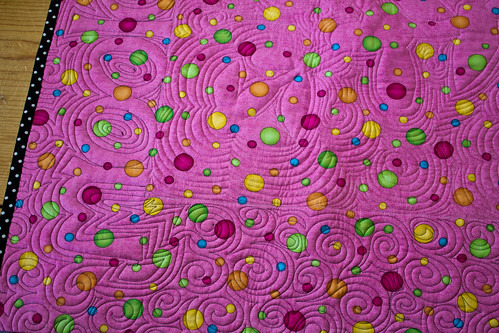 Of course, even though this is meant to hang on the wall, *SOMEONE* had to test it out. I think he approves. It certainly shows off his beauty nicely. Silly cat. 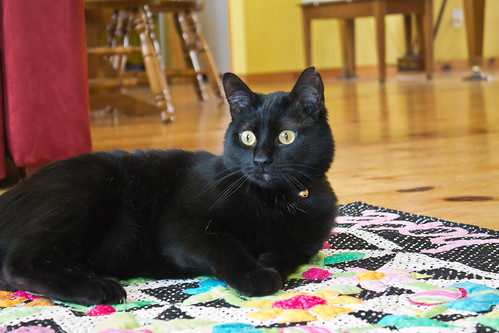 I had visions of beading the bejeebers out of this, and had even started to add beads to the flowers, but…it was going to take flipping FOREVER, and I have decided that life is too short, and that was never going to happen. I pulled out the beads, finished the binding, and…now I need to figure out which wall to hang it on!