These vacation posts are really more for me and my family than anyone else. To those of you that have are bearing with me on this, I promise: it’s almost over, one more post, I think, about the trip, and then it will be back to books and quilts. 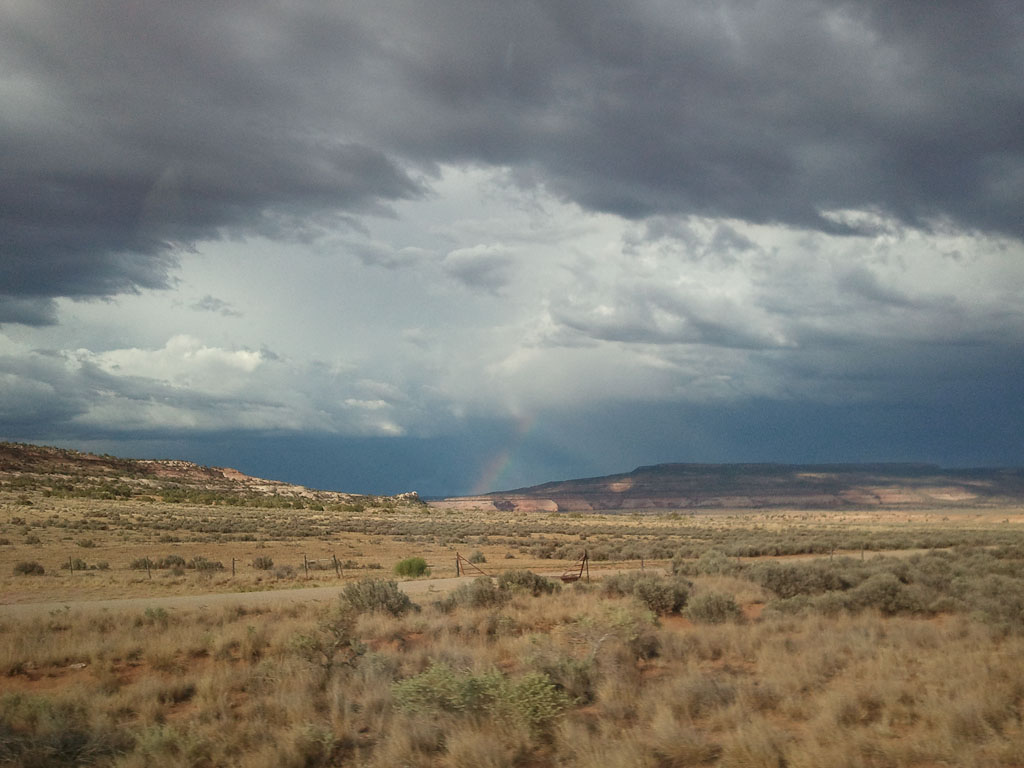 Day 6 was our final day in the Grand Canyon. The previous night had been a pretty ridiculous adventure.

Our Captain’s dinner was accompanied by a very hot wind that Johnny told us meant rain was coming. He’d said that before, and it turned out to just be sprinkles, so we decided to forgo tents.

We very quickly learned that our sleeping bags were not waterproof. Most us then pulled our tarps up over top of us. Wiley came to check on everyone, and discovered that Joe hadn’t pulled his tarp up, and was soaked. Weirdo.

We lay there, under our tarps, debating — the rain seemed to have tapered off. We decided to go ahead and set tents up, just in case, and are so glad we did, because it poured buckets again. 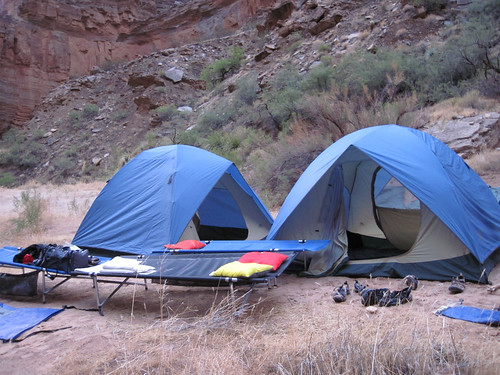 The next morning it was super fun to get up and sort out our soaking wet stuff and pack up for the final time.

Breakfast was All-American: Canadian Bacon, English Muffins and a French Sauce, with eggs cooked to order.

While we were loading up, a red ant bit me on my heel, and that drove me crazy for the rest of the morning. Yowch. It did mean that I got out of helping load the boat that final time… 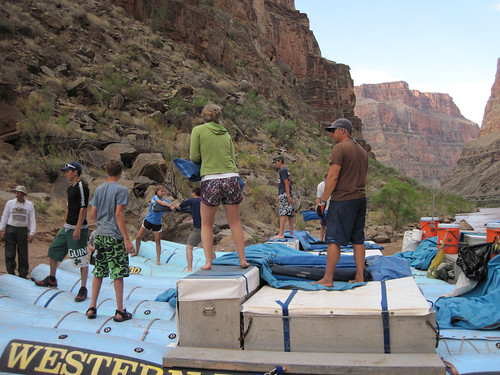 I stayed up in front for the the final day. The big deal for the day was Lava Falls — and it was AWESOME. I slid around a bit, but did not come loose. Haley was very pleased not to have to go swimming in order to rescue me. She did have to fill up the water containers from a spring along the way. (We had drinking water with us, this was for cleaning purposes). 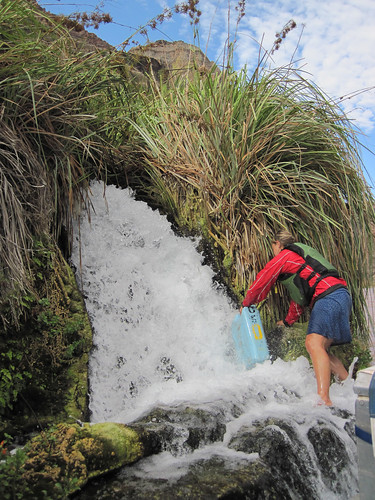 After a little more cruising we hit Whitmore Wash, which was absolute chaos. People waiting for the 3 day trip were arriving (they would hop on the boats we just got off of and head downstream to Lake Mead). We weren’t allowed to talk to them. Wiley warned us that would be wearing a color we hadn’t seen in days, and he wasn’t kidding: plenty of people were wearing bright WHITE clothes, it was pretty funny. They were also unburnt, and clean, plus we weren’t supposed to tell them about the ice cream from the night before.

A crotchety old man named Garth got us all organized for the helicopter ride out. I think it was 5 people plus the pilot, our luggage all went on it’s own trip. The way he divvied us up, Will had to stay behind and come on the next flight! I cried and held Mark’s hand the whole way out. I’m not entirely sure it was because I was scared: emotionally wrung out from the entire experience, I think. 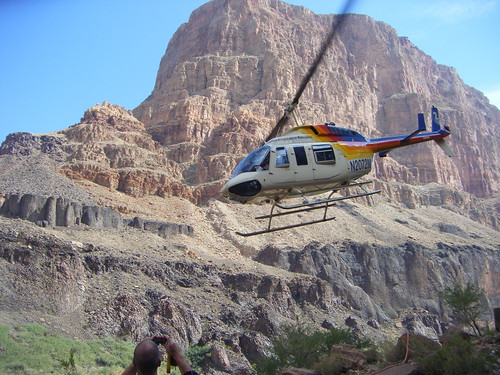 The hot shower felt SOOOO good. Of course, I dried off with my filthy towel and put on dirty clothes, but that was OK.

We all bought souvenir t-shirts and then hopped on a bus that was to take us out to the plane that took us back to Marble Canyon, where we’d left our truck. Garth had made it out of the Canyon and drove us to the plane. One of the other employees said to us “When Garth tells you to suck rubber, you better do it.” Maybe you had to be there, but we thought it was pretty hilarious.

As soon as we got in the helicopter, and then again in the plane, I quickly lost all sense of direction. Mark took pictures out the windows of both aircraft. 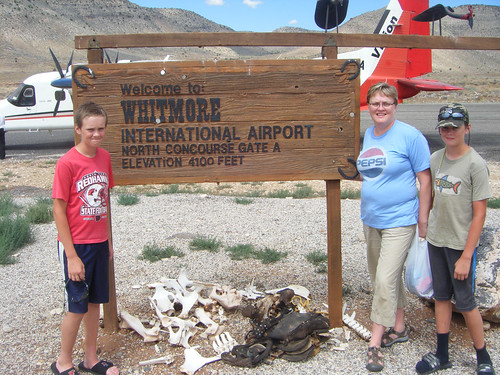 After a quick lunch with another family from the trip (the Canadians…), we hopped in the truck and headed for Moab.

Pretty much the rest of the trip was just driving as hard as we could, I had to be back to work on the 26th. I wish I had had more time to decompress and process the experience, but revisiting it through these pictures and my journal has been good for me.

I think my final post will be a compilation of some of the other interesting bits that didn’t really fit anywhere else, like some of the practical matters. Thanks for being patient with this story, there will be more quilts and books and less vacation-navel-gazing soon.