I noticed that Toby’s Clematis*** was sporting a plethora of blooms, so I headed out with the camera.

I always enjoy looking at other people’s flower pictures, but I don’t feel like I quite have the knack yet, that mine look…boring. It might be, though, that whole “worst critic thing…” 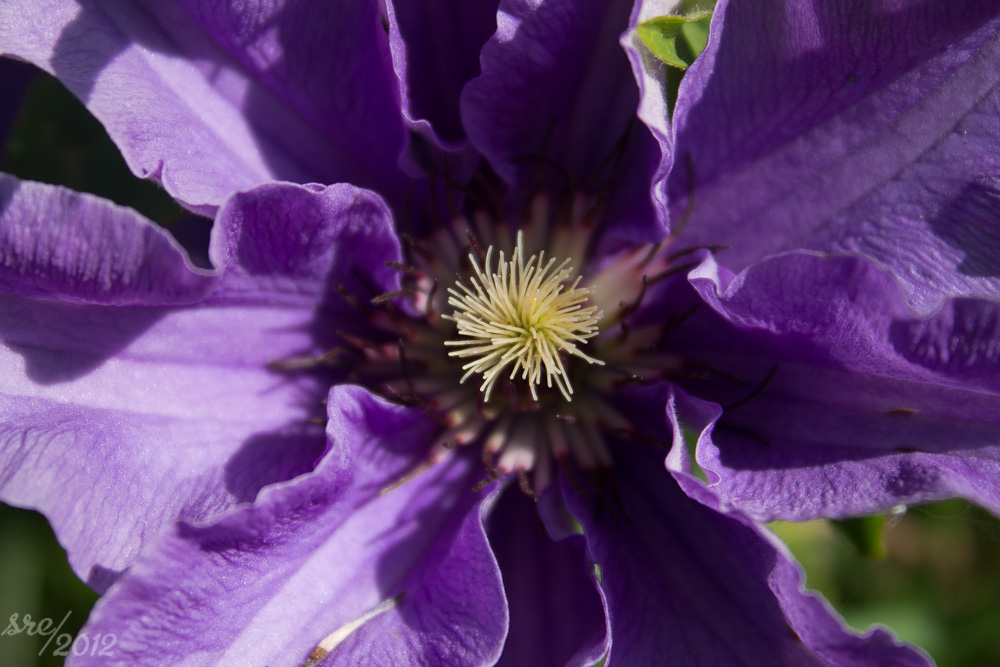 It’s OK, but I think it looks more interesting after I did some strategic cropping: 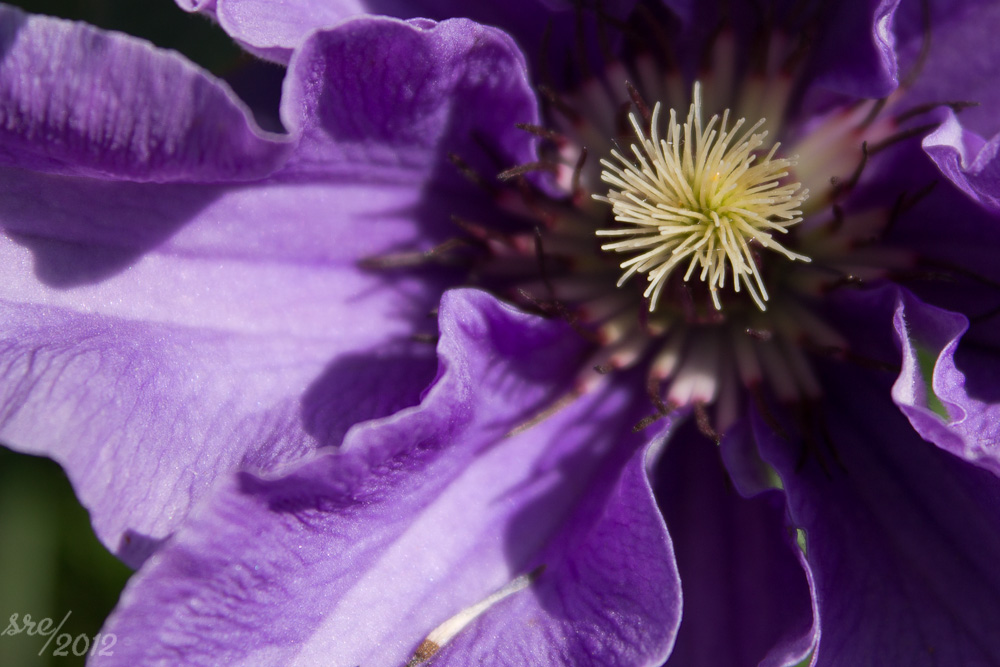 And then I zoomed in on the center of the flower and realized how much cool detail I had captured, so I tried a crop that shows just that: 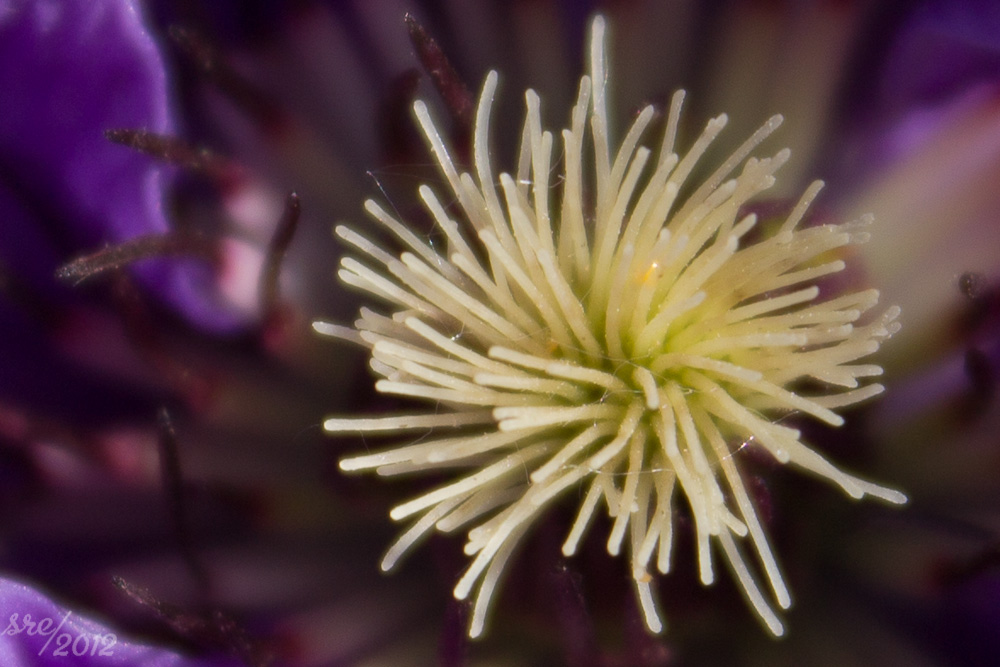 It’s like some weird sea creature or something. Neat.

***The owner of the truck that hit Toby, our English Springer Spaniel, brought us the Clematis. We weren’t sure it was going to actually grow, but it keeps coming back, bigger and better and this year, wow, there are a TON of blooms on it. Somebody should probably weed the thing, though. 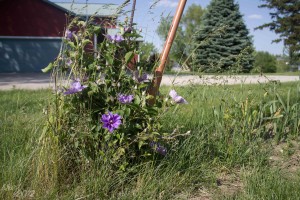