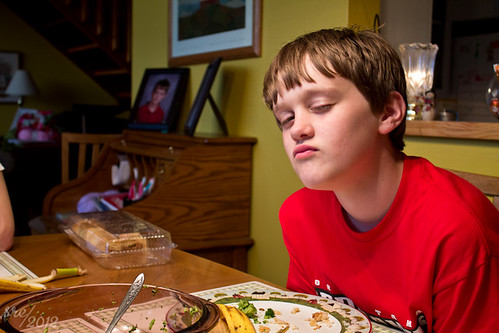 I don’t think I want to know what’s going on in that brain.

I walked in to the computer lab on Monday, where they were blasting Bon Jovi (“You Give Love a Bad Name”)*** and it was like I was back at Ledyard HS as a student: well, except for the part where I was in a computer lab.

Speaking of things that are old-fashioned, I placed my second order of prints today. I ordered the first set back in February, after I had about 50 days of photos taken. It was pretty weird getting actual photos…printed on actual photo paper…

April 2nd was my Day 100****, so in honor, I decided to place another order. I’m using Snapfish, and I actually prepaid for about 300 photos, so now I just have to pay shipping each time. And then I have to sit and twiddle my thumbs and wait for them to process. In this day and age of instant gratification, it’s definitely an old school kind of thing. (I think that from the time I ordered until the time the pictures arrived, it was about 10 days. That’s like…an eternity!)

Here’s the part where my sister goes “Who are you, and what have you done with my sister…” because my original print order: those photos are all IN the photo album with the journaling cards all complete. 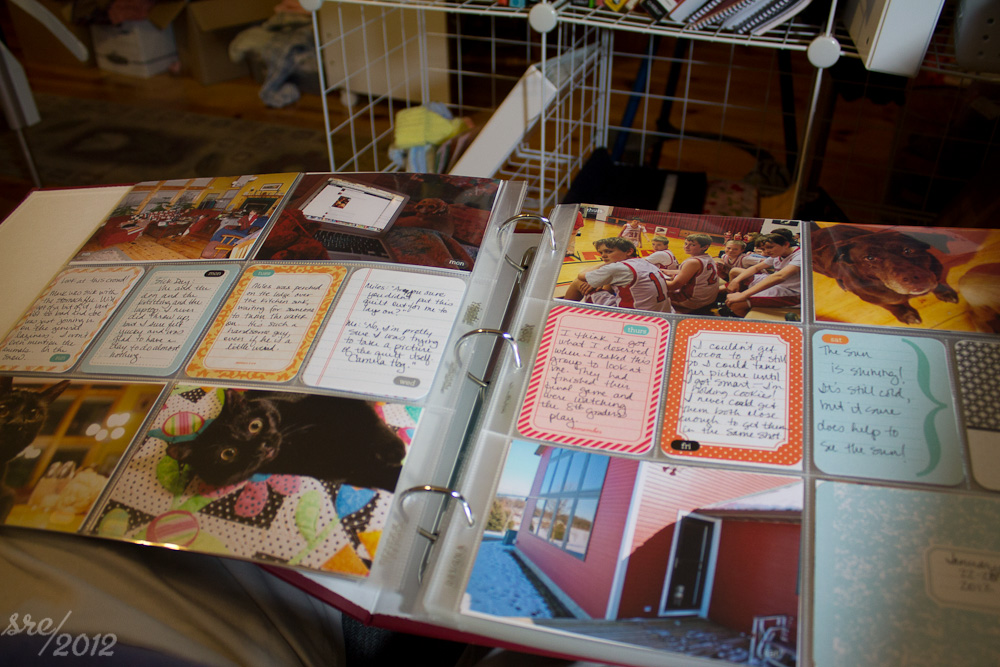 It’s funny, when I was picking out photos for yesterday’s blog hop post, I grabbed a few favorites, but when I was just paging through the album last night, I kept seeing photos that I thought, gee, I should have picked that one to share. Or that one! Or this one! It’s fun to see them all as physical objects. I’m really proud of some of the photos individually, as well as the whole kit and caboodle.

***I’m sorry if you have that song stuck in your head now. I didn’t do it on purpose. But it’s definitely stuck in mine…

****If you are counting, (which I’m sure you aren’t), I started my “official” project on December 25th, which is why I’m claiming 100 days as of April 2. Photographers who started on January 1st have to wait another week before they get to 100.