You are here: Home / Blog / Feb. Month of Letters / So how did the month of letters things turn out?

Pretty good, actually, at least in terms of mail out. 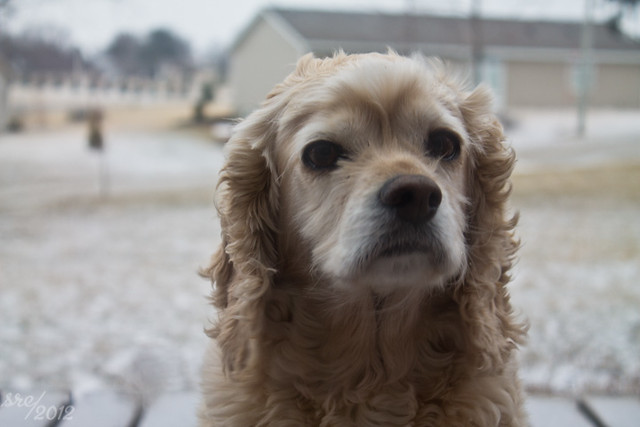 (The picture of the dog has nothing to do with the contents of the post).

I had a tally written down on a piece of paper, the number of postcards, letters, fabric postcards, valentines, etc, but then I cleaned my desk and I think I must have tossed it.

I think I can account for about 42 pieces of mail. I also snuck the boys’ Valentines into their school bags in their lockers…

There were a bunch of fabric postcards, Valentines to several family members, notecards to some others, and postcards to quite a few people, too. 12 of my postcards went out throug to h a website called Postcrossing: you send postcards to random recipients that you are assigned, and as your postcards are received and registered on the site, you become eligible receive postcards from random people.

I have sent postcards through that site to the Czech Republic, Belarus, Poland, Belize, Russia, Netherlands, Canada, Poland, and Ukraine, as well as California and Alaska. So far, I have gotten Postcrossing cards from Wisconsin and London.

I spent some time on the Lettermo.com website, and found some people to send and receive mail from there — in fact, I actually owe a number of responses and need to continue to writing those. Letters and postcards from there have come from Texas, Qatar, United Kingdom, Belgium, Oregon, Virginia, Texas, Pennsylvania, Connecticut and Washington (the state).

I think that I ended up with about 11 letters and postcards received, but I may have miscounted or misremembered getting something.

I think the thing that was the most interesting to me was that all of the mail I received was from strangers. I did not get a mailed response back from any of the family or friends that I sent mail to. Don’t get me wrong: I heard from people, but it was a phone call, or an e-mail or a Facebook message.

And let me be clear: the above observation is not intended in any way shape or form to imply that I am upset or disappointed or trying to guilt trip anyone: this project was always about ME sending mail, not trying to guilt other people into sending me something in return. And while I hoped I might get a letter or card in return, I never expected it from anyone.  (And no matter how much I say, I know that someone out there will think I’m protesting too much. Truly, I am not. And maybe I shouldn’t even have included this information, but to me, it’s an important part of the experience that this month became for me.)

As far as the actual daily part of the project: I did pretty well. I think I only truly missed one day completely, and there was one day that the letter didn’t go in the box at the post office until about 8PM, so it really didn’t go out until the following day. And considering the fact that some days wound up seeing 5 or 6 pieces of mail going out at a time, I thought it was a wash.

Can I keep up this pace? Not on your life. I was really waning by the end of the month, here, with only one item a day, and my missed day was actually yesterday…

Do I want to keep trying to send snail mail on a regular basis? Absolutely.

I am enjoying this Postcrossing thing, and because you have to wait days and days for your postcard to reach someone, the pace is much slower than trying to mail something every day.

I would also like to make it a more regular habit to send snail mail to my far away nieces and nephews. I remember how special it was to know that I could count on getting a birthday card from my Grandma Humphrey. Doing this project reminded me of that, and since she is gone, maybe someone in our family needs to take up that mantle. I haven’t been very good at that sort of thing, but maybe it’s time to work on making that a habit.