You are here: Home / Blog / Photography / Telling a story vs. taking a picture

I had something of an epiphany last night about taking pictures.

It was late and dark and I was extremely tired. I put the camera on a tripod, and sat in a chair just looking around, for anything, any possible subject for a decent picture, in the low light that was available to me.

And as I sat there, just looking, and thinking, I noticed the RC cars sitting on the table. Please ignore the rest of the crap. Somebody really ought to pick up this joint. 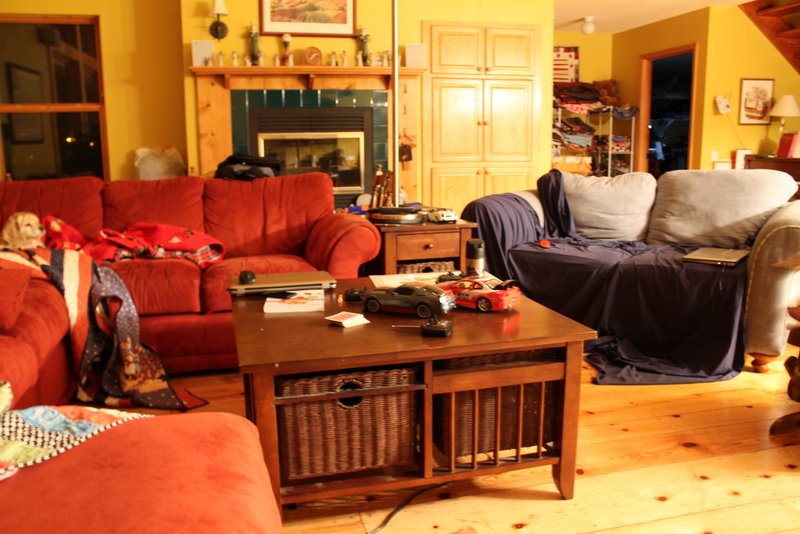 The cars made me think of a photo I had seen of matchbox cars strewn on a table. It was a great photo, and it made me the nostalgic for the days of toys like that. I snapped out of it, though, because I like having big kids. They can be smelly and loud and obnoxious, but they are funny and independent and life is physically so much easier.

I started to see what I could do with capturing those RC cars, but it was just not happening.

At the high school basketball games, when the visiting team has the ball and they are just passing it around, without taking shots, the student spectators start to chant:

That’s how I was feeling about these pictures. I won’t even bore you with everything I tried. Because they were:

And then I sat the cars and the camera on the floor and tried for closeups of one of them.

And then Will sat down at his laptop on the couch.

And then I had a picture that tells a story: 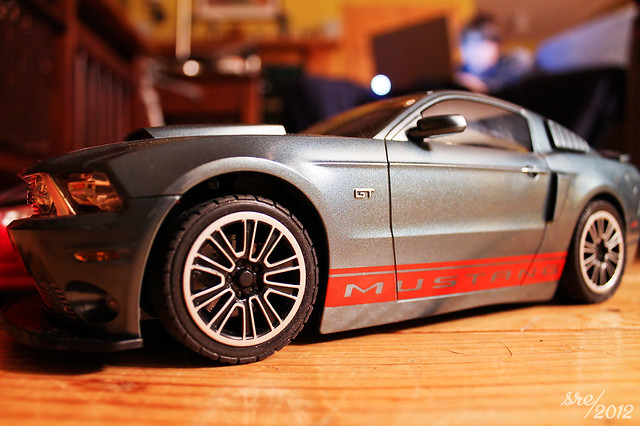 I know I won’t always hit the mark, but now I will be looking for stories to tell, rather than just looking to take a picture.