You are here: Home / Blog / Photography / Speaking of basketball

Two posts tonight, because the stories are different, even though they are both vaguely related due to the basketball connection.

The 7th and 8th grade boys played a single combined game tonight, and won. I think the final score was 36-30, but they zeroed out the scoreboard super quick before I could snap a picture of it.

I was experimenting with my zoom lens, and have some ideas for better, crisper pictures next time. I had set the camera on Sport Mode, but next time I’m going to put it on Shutter Priority, and choose a really fast shutter speed for all of the shots, instead of letting the camera decide what to do. 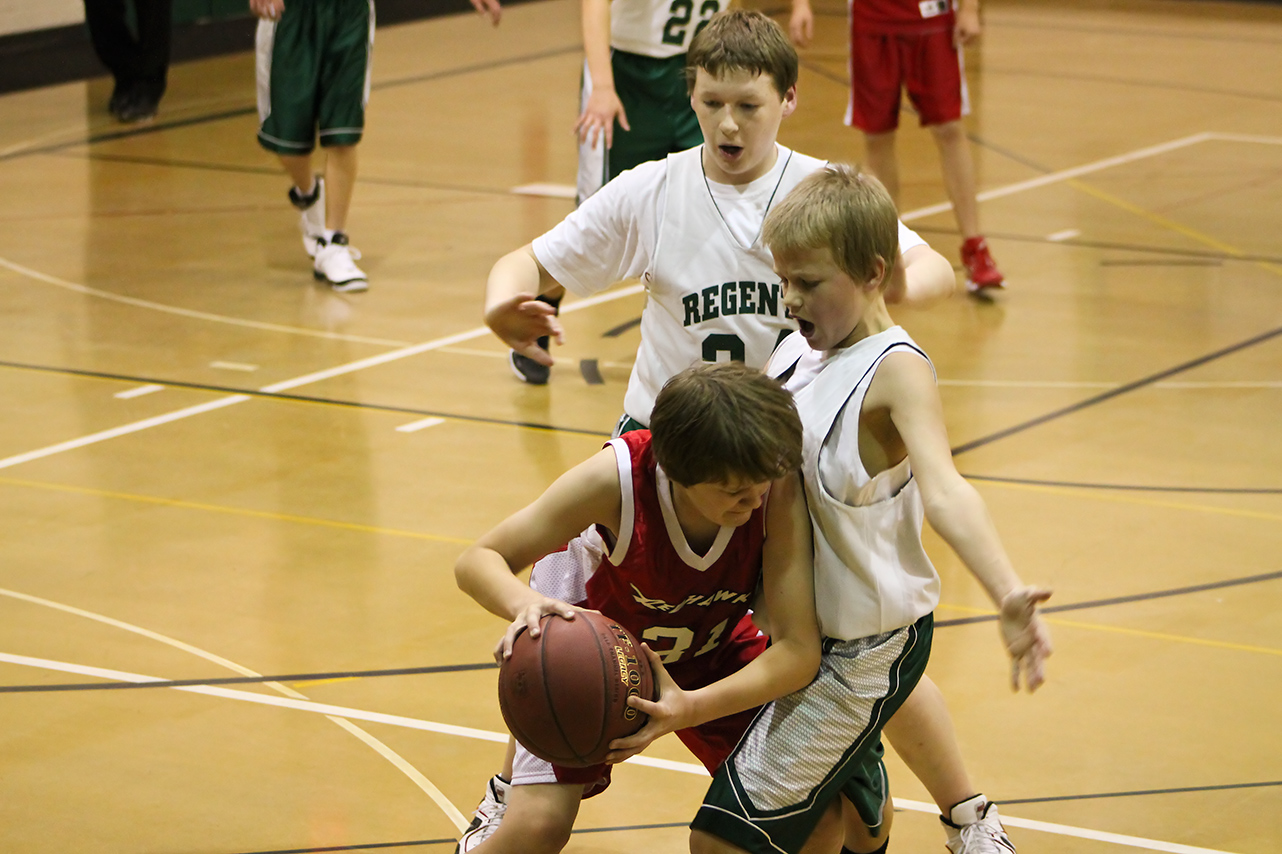 I wish I had been down lower in the bleachers, this would have been an even better shot from a different angle.

Most of the time, it seemed like whatever kid I was trying to take a picture of had his back to me.

Here, though, Will is facing me, but for the life of me, I can’t remember what had happened that caused this expression: 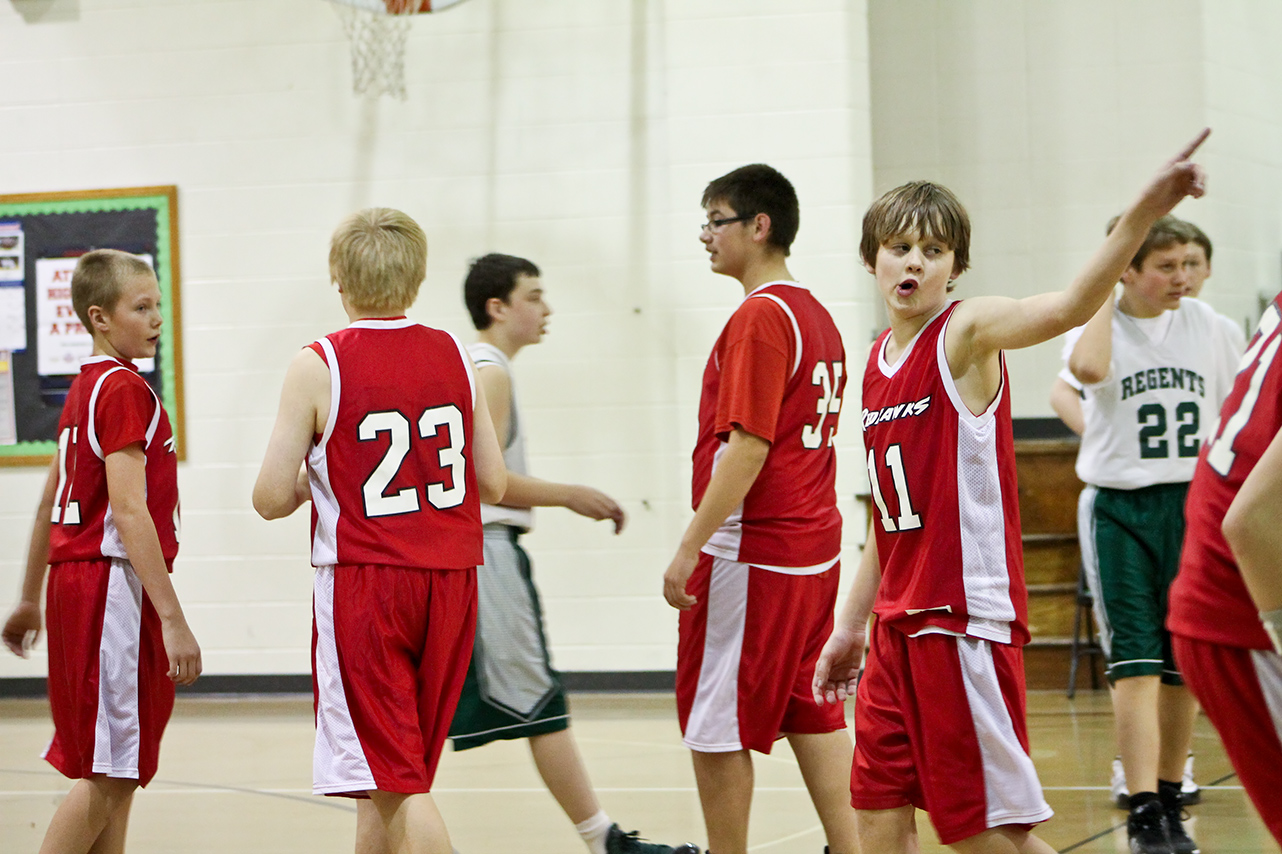 I think my favorite shot, though, is this, with a fast shutter, that froze the ball mid-air: 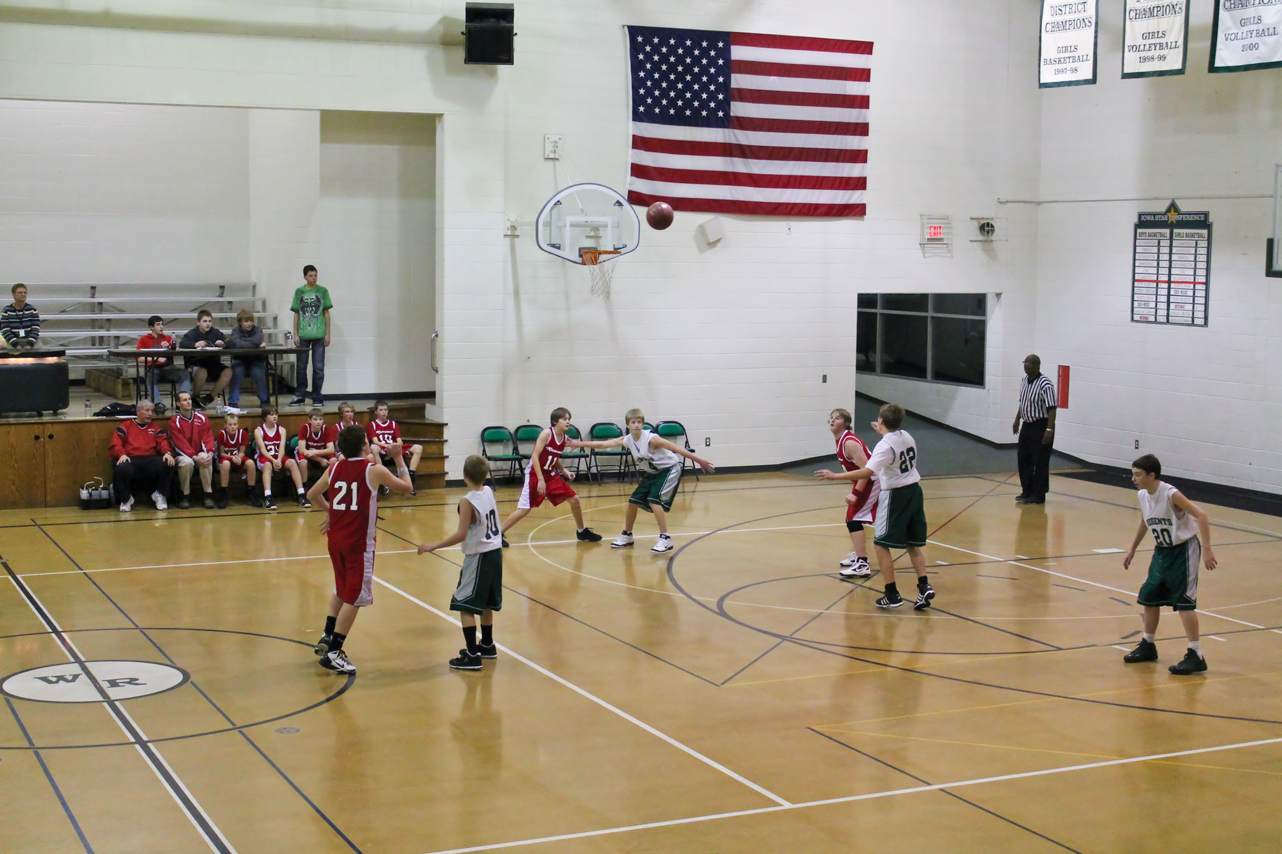 Will’s on the court, Joe’s on the bench, and Mark is there, too.