You are here: Home / Blog / Photography / Last day of vacation

Well, we all have to go back to work and school tomorrow. I feel like I kind of “blew” my last day off — I spent so much time looking for the perfect thing to do, I didn’t actually do much. There was a nap involved, so I guess that wasn’t a complete waste.

I did spend some time playing with my camera, trying out different aperture* settings. 170 shots later, most of them are crap, but I think that’s how this thing goes… 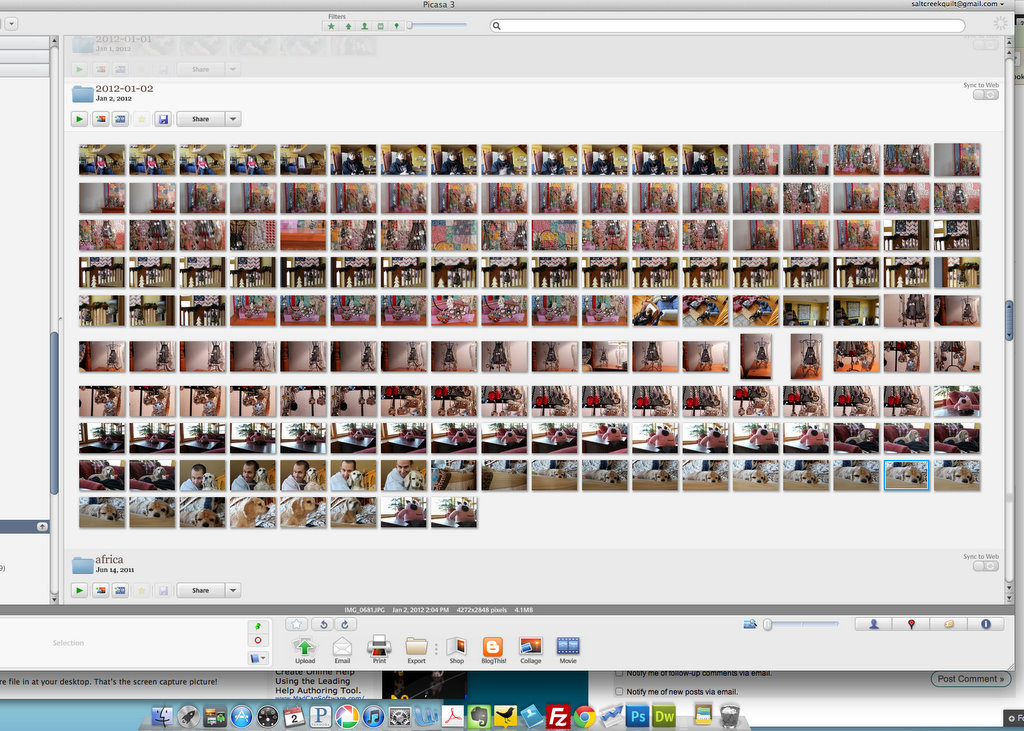 I was mostly using things like a stuffed toy and my jewelry for my models, because they sit still and don’t complain that I’m taking too many pictures.

I tried taking a picture of the dog, but she wouldn’t look at me, and when Mark wandered over to try to get her attention, she hopped down off the couch. He picked her up, I swung the camera at him, and with little or no thought to the shot, managed to get my favorite picture of the day: 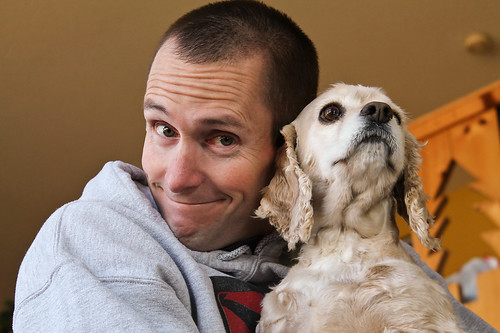 You’ll note that she still wouldn’t look at me. What a dog.

Aperture: a hole in the lens that opens and closes to let in light. The shutter determines how much time light comes in the camera, the aperture controls the size of the hole the light can come in.

Confusingly, the smaller the aperture, the bigger the hole. (f/1.4 is a BIG aperture, f/22 is a SMALL aperture). It is one of the things that controls the Depth of Field, which is a fancy way of talking about how much of your photo is in focus.

Large aperture = small depth of field = less of the picture is in focus.

Small aperture = large depth of field = more of the picture is in focus.

The first photo has a smaller f-stop, which is a larger aperture, and the earring in front is short of sharp and in focus, while the background is all fuzzy (there are other issues with this photo, mostly related to lighting…) 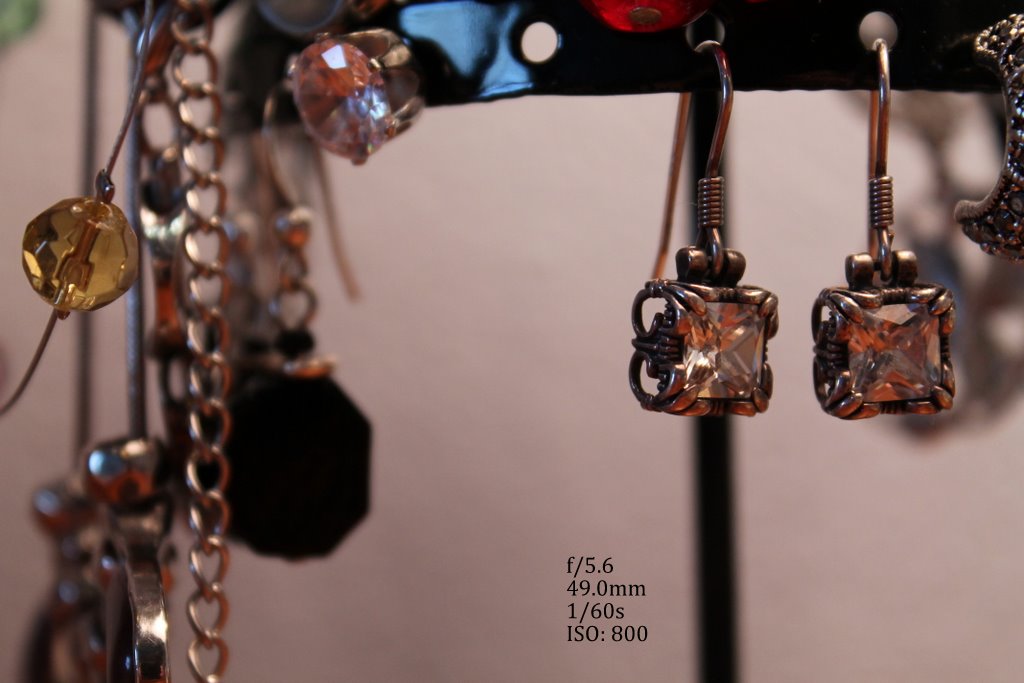 The second has a larger f-stop which is a smaller aperture, and everything is equally in focus (or out of focus as the case may be…again, the light…) and you can see the texture in the wall behind the earrings. 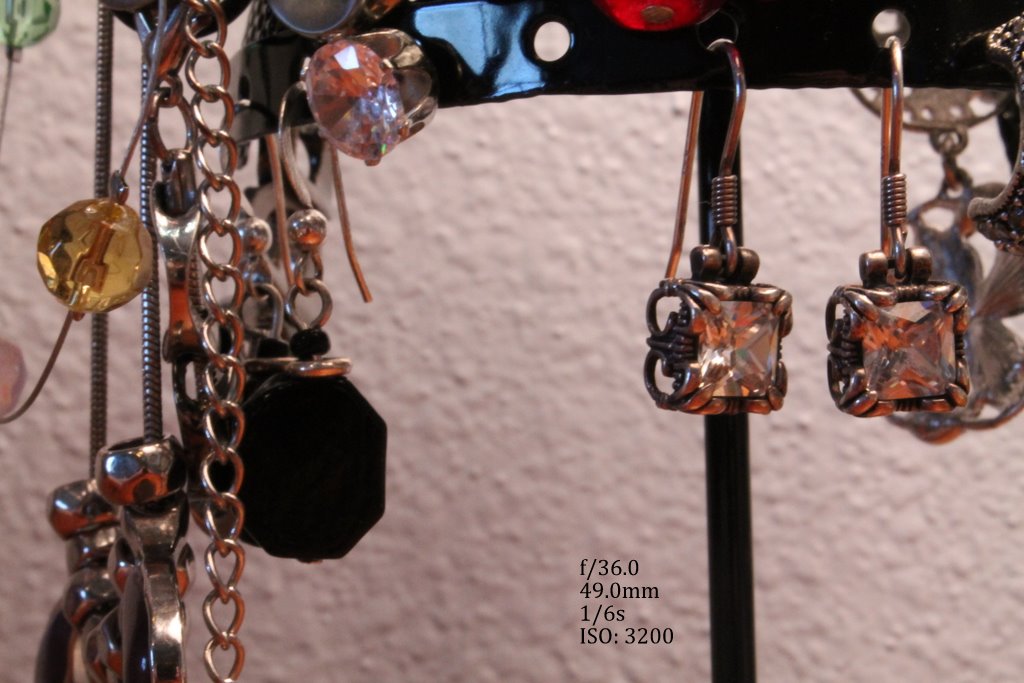 The only thing I physically changed on the camera was the aperture aka f-stop — the f/5.6 in the first, f/36.0 in the second. The camera did the rest of the work.

I’m guessing very few of you read all the way to the bottom, but I find that if I try to explain to someone else, it makes more sense to me. I just hope I said it all correctly…