You are here: Home / Blog / Other / Clarifying, with illustration

It’s going to come down to a difference in taste, because I probably wear combinations that some of you wouldn’t be caught dead in (and vice versa) and that’s OK…

But I’m thinking I wasn’t clear about what I meant in regards to blue and black together. I was specifically referring to NAVY blue.

Light blue or bright blue? I can totally see pairing those with black.

But to me, personally, Navy Blue and Black do not work well together.

In the case of the combo one of the boys was trying to wear, the shirt was Black, Red and Grey. There were already 3 colors in play, and while I might have let him get away with khaki pants, and jeans would have been fine, I did not think that the shirt would look good with a pair of Navy Blue pants.

Especially when I knew he owned a pair of black pants… 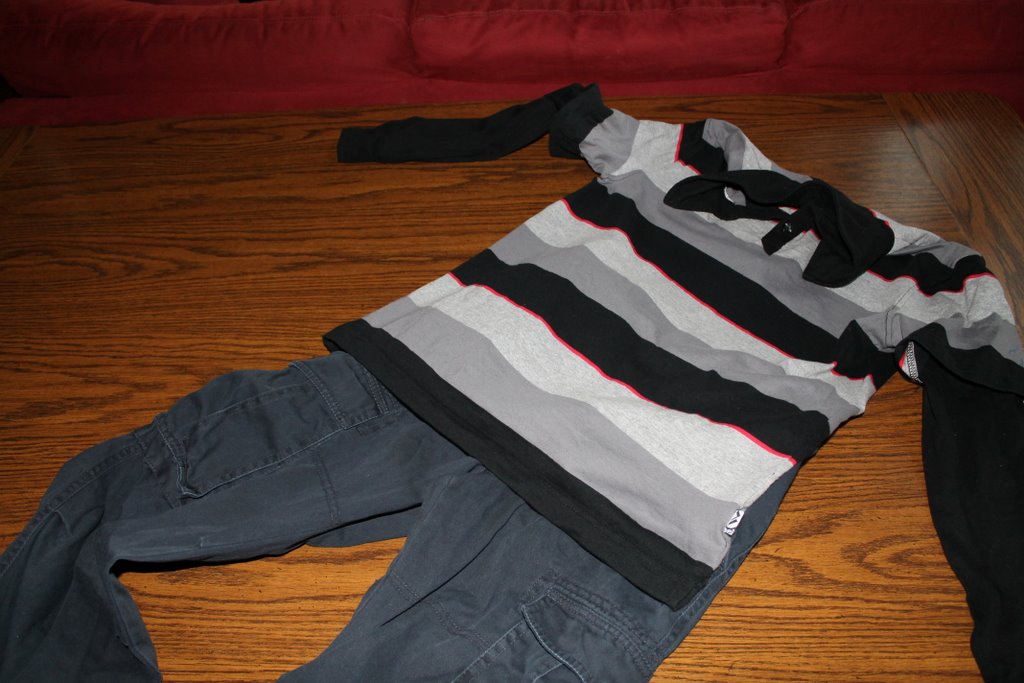 Of course, I had to take a picture and wouldn’t you know, as I look at this picture, it doesn’t look nearly as egregious as it did in my head, but I still wouldn’t let him do this.

And really, the point of yesterday’s post was more about me almost being a hypocrite, than anything.

(Plus, my Mom says that I could have worn a black skirt with that sweater and it would have been just fine. The navy blue in the sweater is pretty subtle…but I would have known, and I try not to be too much of a hypocrite…)