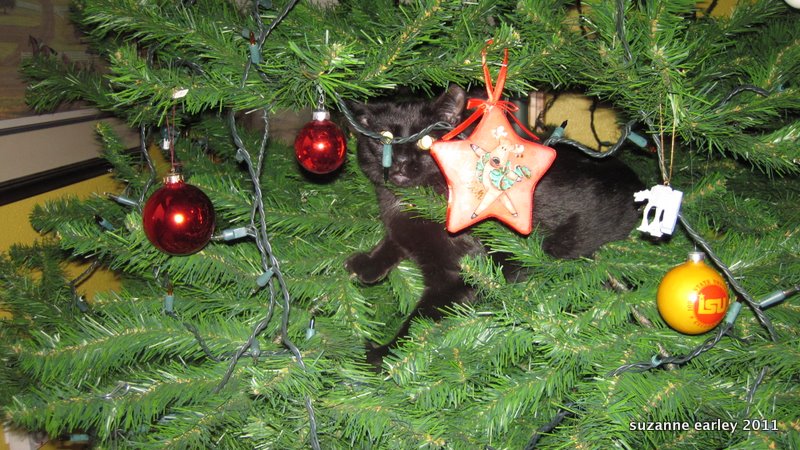 While I was eating my breakfast, I thought Miles was just batting at one of the low-hanging ornaments. I went over to move some things that were dangling off the bottom branches, only to discover that the tree’s movement was actually the cat climbing into the tree.

I pulled him out, but of course he climbed right back up. I left him there, partly because I had to go and partly because I realized that it didn’t really matter what I did, he was going to do whatever he darn well pleased.

I resolved to go home at lunch to pull said ornaments off, and told my boss, who promptly said “Maybe you should just go now, you’d feel really awful if something happened before you got there.”

I felt a little foolish running home right away just to check on it, but he was right. I would have sat all morning wondering if everyone and everything was safe.

Luckily for the cat’s continued existence, the tree was (and is…) still standing. Hopefully in a few days, the novelty will wear off. He is endlessly entertaining, at least.