You are here: Home / Blog / Quilting / One less WTQ

Technically, I suppose this is still a UFO, but it’s no longer Waiting To be Quilted (WTQ), so, in my playbook that means it’s really pretty much finished.  Plus, I don’t actually have binding for it. 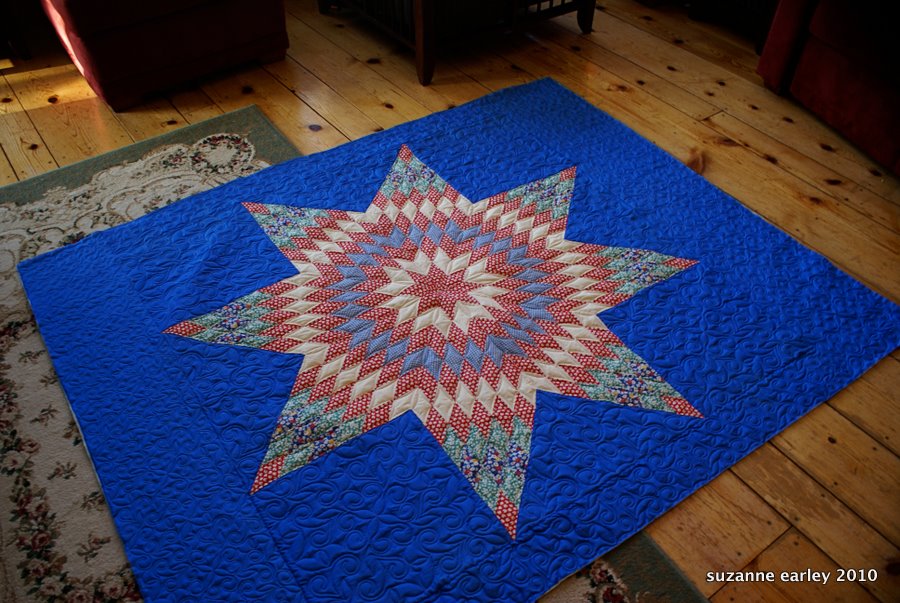 I have some customer quilts that need to be done, but it’s Christmas Break, so I’m sort of taking a vacation, but not really.  In between doing some bookkeeping and website stuff, I’m working on some of my own quilts, and this is one that’s been waiting for awhile.

When Mark asked who it belonged to, he gave me the patented “OMG, My Wife is Crazy” look when I replied that I bought the quilt top.

See, at the time, the Machine Quilter’s Showcase Bread and Butter category included Lone Star quilts, and when I found this top, I thought it would be perfect:  I wouldn’t have to piece a Lone Star — and look — it’s my colors!

One of my issues with the quilts was that the blue is a really odd shade of blue, and I just could NOT figure out what thread color to use on it.  Plus, I knew I wanted to do a “custom” job, rather than just sticking an allover on it.

I decided that this quilt’s number was up and it was getting done no matter what.

I knew it was wonky, but I didn’t appreciate how wonky it was until I got it on the frame.  It was so wonky that I really should have taken all 4 borders off, and maybe even taken out the setting squares and triangles.  As it was, I ended up taking off the top and bottom borders, which is why those actually lay flat:  they were approximately 3 inches longer than they needed to be.  Ugh. 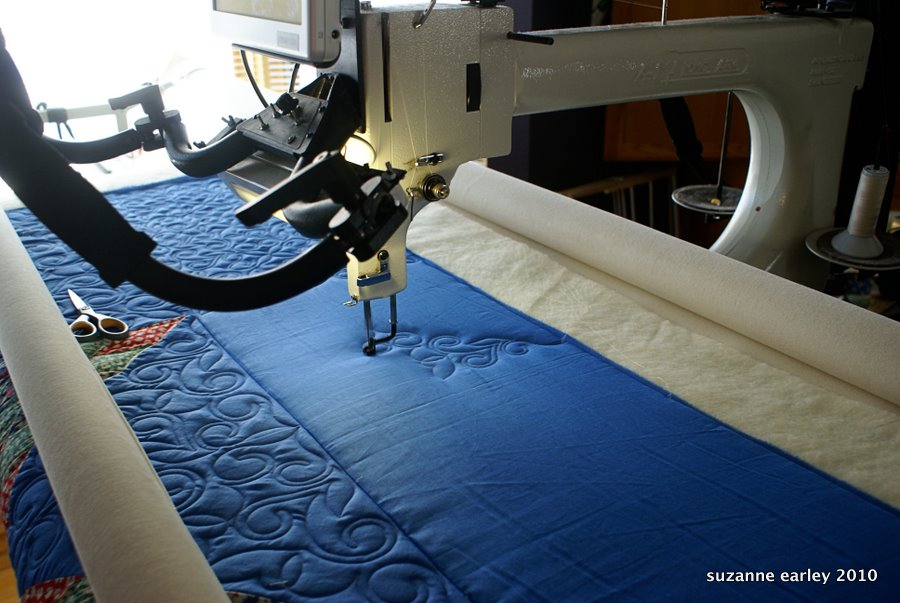 I used the IQ for nearly everything, I’m trying to learn how to use it for custom work.  It was awesome for the continuous curve in the star itself, and it stitched the motifs and border designs out beautifully, however, I wish I had made a different design decision.  The designs I chose are from a design set by Anne Bright called Butterfly Garden — they are very pretty, and on the wool batting, they gave the quilt some really nice texture, but unfortunately, I think they ended up emphasizing the wonkiness of the quilt — because they were all designed to fill the squares and triangles up completely, it made it really obvious that the squares and triangles weren’t actually, you know, square… 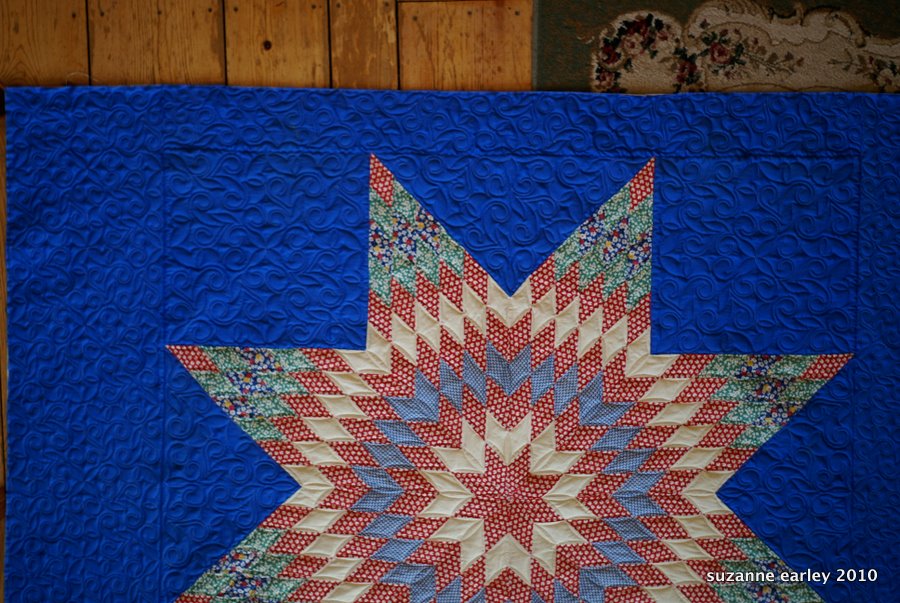 Which is not to say that the quilt is a disaster or ruined or even ugly, it’s actually quite sweet, I think.

What might I have done differently?  I think I should have gone with something like a feathered wreath that didn’t fill the square/triangle/border completely — that needed to have a background fill done around it:  something that didn’t draw my attention to the seam lines.

I know, you are looking at the pictures, thinking “But Suzanne, it looks fine, I don’t see what you are seeing, get over yourself.” (Yes, I can read minds, didn’t you know?)

Trust me.  It’s wonky.  I’m just not showing you HOW wonky.  I have some pride.

Not much.  But some.