You are here: Home / Blog / Family / Making Lists and Checking the Score 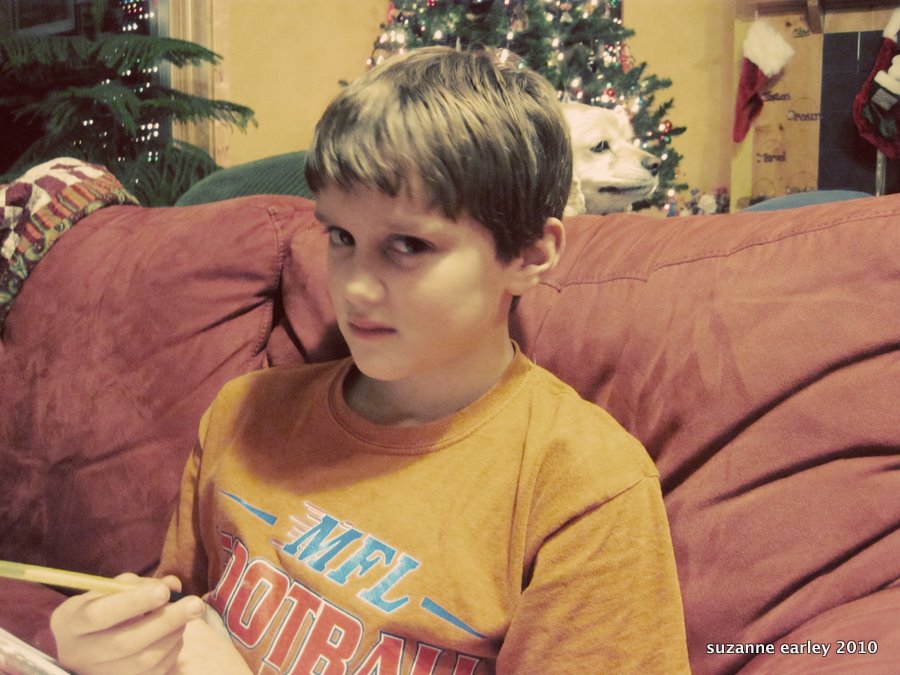 Hey Look!  It’s Joe with a dirty look on his face.  And yes, that’s Katie in the background perched in “her” spot.

Joe was working on his Christmas Wish List.   I gave him permission to give me an annoyed look, I figured I was going to get one anyway, might as well roll with it. 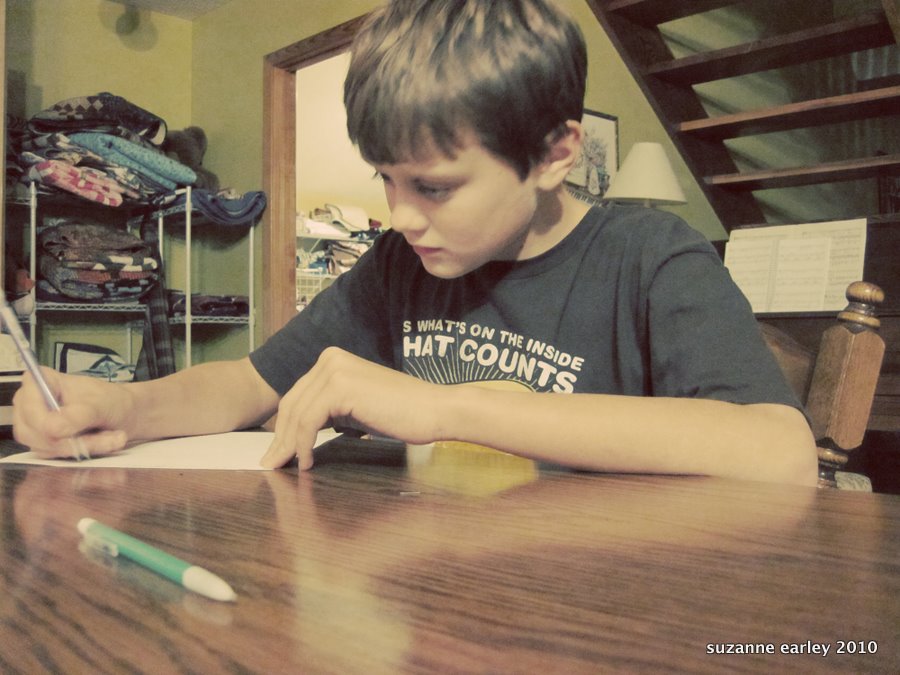 I love how you can see Will’s hand in motion in this one.  (In case you are wondering, the t-shirt he is wearing has a picture of a Twinkie on it.)

They were informed that no more than 30% of their list could be video games.  I should have specified that no more than 10% could be toy weaponry.  They want Nerf Guns and these AirSoft pellet gun-thingies.  My family has no interest in hunting, they just like things that go boom and explode and make loud noises.  One of their favorite things to shoot with BB guns?  Apples.  Apparently they explode in a gratifying manner.

They are also aware that they really aren’t getting much more from Mom and Dad for Christmas, since they have already gotten the PS3.  This list is more for relatives, and no, they aren’t writing to Santa this year.  Santa will still deliver their stockings, but that’s it.  When I was growing up, I had younger siblings, so I got to continue to help keep the secret for a number of years, I was told by rotten older kids when I was 7.  It makes me a little bit sad that they officially figured it out, but at the same time, I can’t but think that as smart and skeptical as they are, they maybe ought to have figured it out sooner…of course, they probably did, they just didn’t want to admit it, worried that they’d cut themselves off from a good thing.

Last year, though, Joe started dropping a lot of snarky comments, and finally we just had it out.  It has taken a lot of the anticipation out of the season — there’s not a whole lot to “count down to” around here, but I don’t think it has really taken the joy out of the season.  THe boys still need to work on the whole “grateful for what they’ve been given” thing, though, which is surely a failure on my part.  This parenting things is HARD. 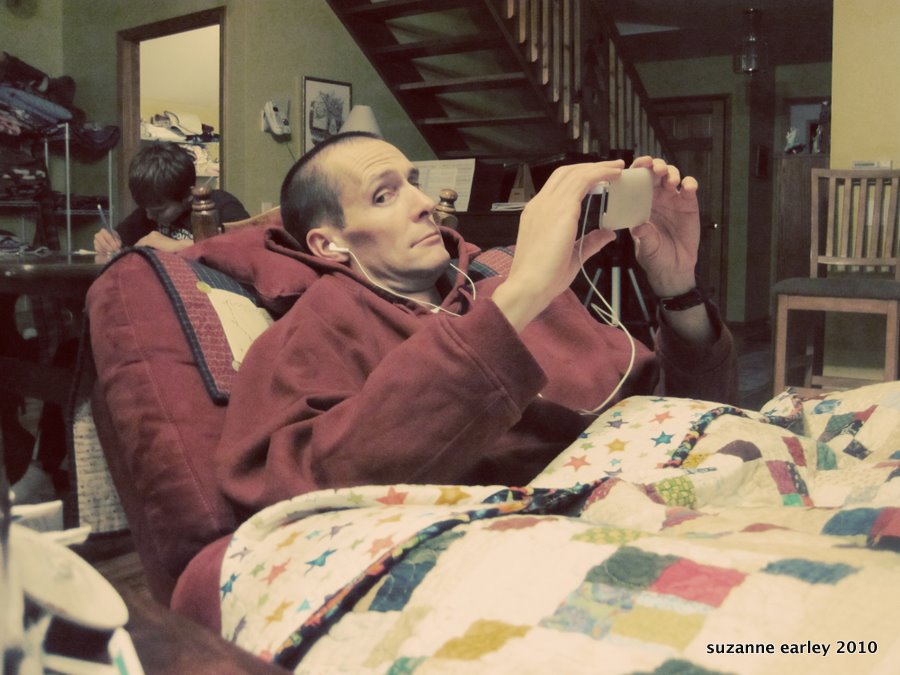 I just love the looks I get from all of my boys when I try to take their pictures.  Mark was listening to his iPod and checking the Cyclone basketball score in real time on some website.  I have to say that at time of night (about 8:50PM), it’s a miracle he was actually awake.  Usually when he’s on the couch or in the big comfy chair, he’s out like a light.

Because of the low light situation, I used the Seventies action from The Pioneer Woman on the photos again.  The pictures are not great, and I figured that rather than not use them at all, I would continue to just “go with” the graininess and grunginess of the pictures.  I’d rather have the nice clear photos, but I’m apparently unable to actually take any of those lately.   I’d like to blame my tools, but I know that’s not appropriate.  Taking pictures in daylight would help.  Figuring out how to set my camera up would also help, too.

I need to be making my own lists, I have gifts to buy, quilts to quilt, bookkeeping to do, a dozen orange fleece hats to make by Saturday.  It’s always something, isn’t it?