The *last* time we sent Christmas cards was in…2007, the last time I did a Christmas journal.  We did a whole photo shoot in front of the tree and it was painful, but I managed to get this really hilarious photo, which is what I used on the front of our cards that year. 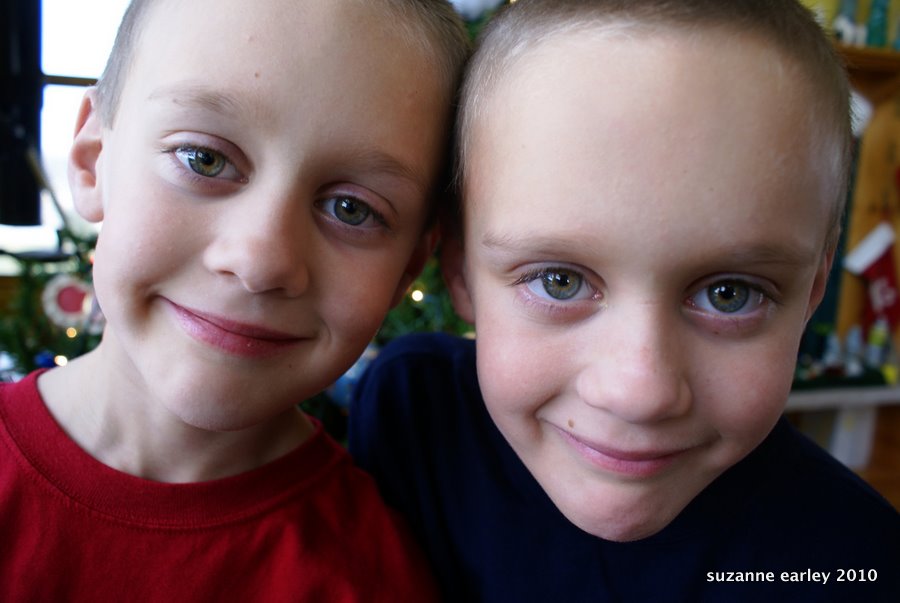 Just look at those sweet faces.  And those eyes.

Today, I tried to take their pictures.  I was hampered by camera problems (uh, not being able to find your camera is a problem, right?), so I was playing with the Hipstamatic app again on my iPhone again, and most of what I took was complete and utter crap.  (Not because of the subject matter.  Well, not completely…).  If it was hard taking their picture 3 years ago, it has become near impossible to do so without being made crazy.  They don’t seem to understand that if they would just hold still and give me something approximating a decent smile, I would go away and leave them alone sooner.

I haven’t decided if I’m actually going to send anything in the mail, or if this is what I would send, or if I’ll torture the 3 of us some more and take more pictures (now that I have found my “real” camera).

Maybe I should use this one of Will, instead: 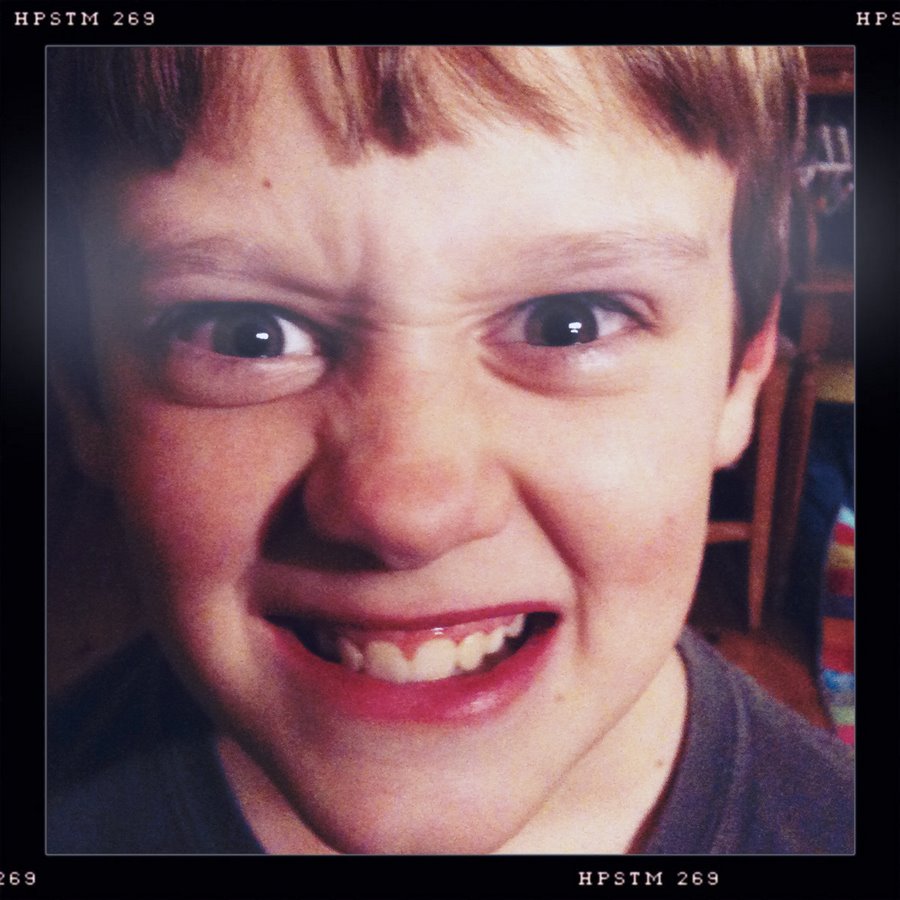