You are here: Home / Blog / Other / Oh, look, it’s “Take Really Out of Focus Pictures” Day

Now, in theory I could try again to take IN focus pictures, but that would require changing socks again, and taking the memory card back out of the card reader and putting it into the camera and finding a spot with better light and…I just don’t have it in me. 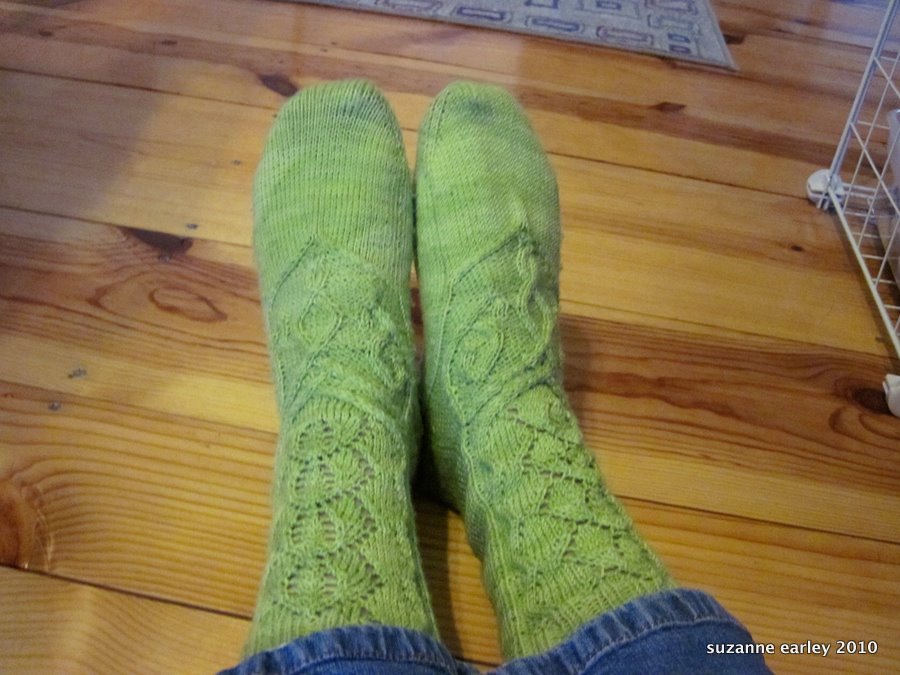 These adorable socks are called Absinthe, the pattern is from Knitty.com.  I even used the yarn that the pattern calls for, which is much prettier in person, vs. this lovely out of focus picture.  I knit the plain toe section a little bit longer, and only did 4 repeats of the leg pattern (instead of 5) because I was running out of yarn, (thanks to making them longer in the foot…).  My cabling still needs work, but I’m pretty happy with them.

I finished the second one on Sunday (the first has been done for awhile).  Naturally, that meant I could start a new pair of socks (though I did finish knitting a Christmas present before I let myself start the new sock: 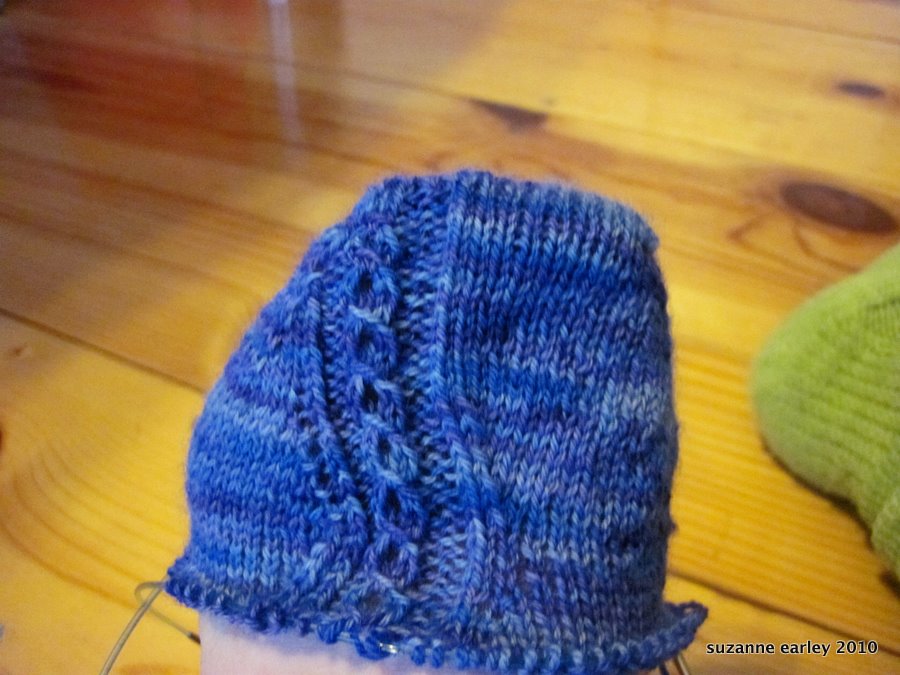 These are called Blueberry Bubbles.  They are going to be stinking adorable.  The cable just wiggles it’s way up the side of the sock, the right sock will be the mirror image.  The cable pattern is super easy — no cable needle.  You just pass a slipped stitch over two knit stitches, and then a yarn over in the next row.  I’m using some hand-dyed yarn I bought online about a year ago.  I had started different socks, but changed my mind.  When I found this pattern, I knew this pair of socks is what this yarn really wanted to be.

Oh, and I might have ordered some yarn to make this sweater:  Elphaba Pullover.  In a dark green, though.  Cause is’t Elphaba, don’t you know? ** 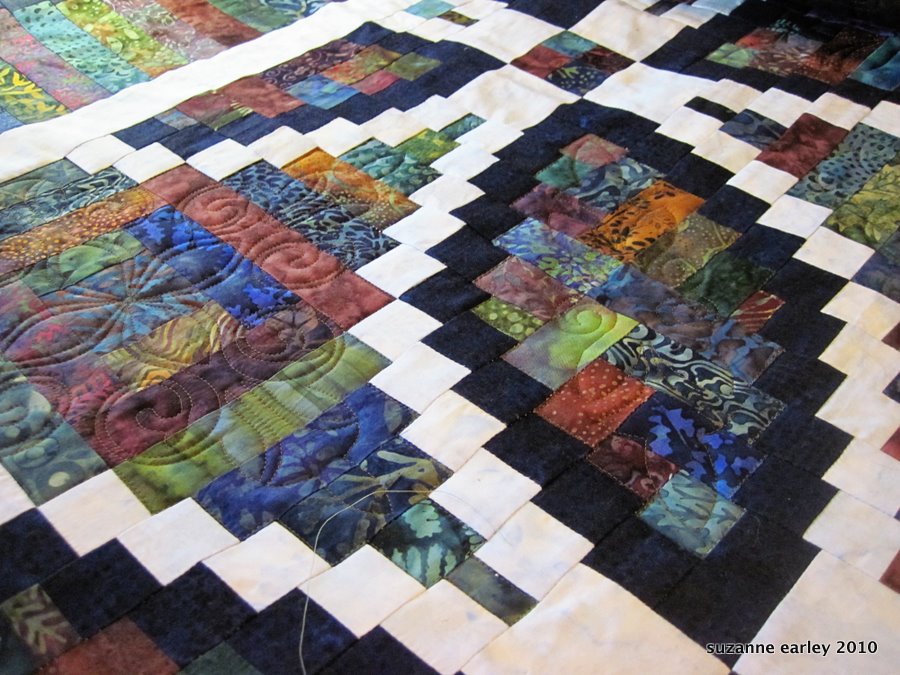 And I’m doing it uncaffeinated.  I have gone cold turkey:  I have not had a drop of Pepsi in 3 weeks.

I only mention this because I could REALLY use a Pepsi right now.  Like, you might get me to agree to just about anything if you offered me a Pepsi.  Well, maybe not ANYTHING, but…I can just about taste it, and feel the sugar rush and the caffeine rush and…yeah.

Like I said, I’m off the stuff, and I know that I will be a better, healthier person for doing so, but damn it.  I WANT A PEPSI.

**In case you don’t know:  in the book and musical “Wicked”  Elphaba is the name given to the Wicked Witch of the West.  She is green.   Plus, there’s the whole Emerald City thing.