On the iPod: A lot of Glee soundtrack stuff.  Listening to the book The Fifth Elephant by Terry Pratchett.

On the frame: A customer quilt, the body is done, just need to do the borders. 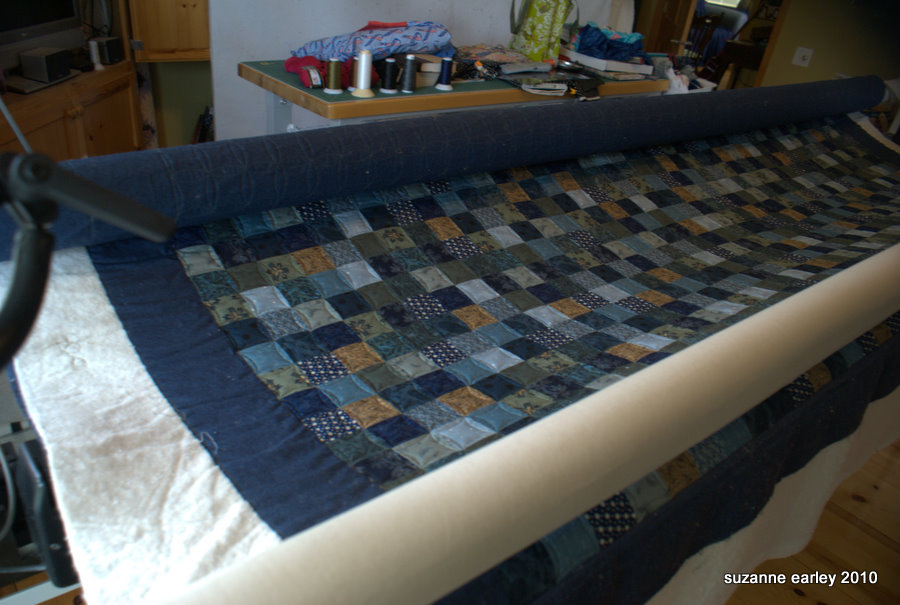 On the knitting needles: that same pink blob as last time.  Doesn’t look any different.

Me: Do you know how hard it is to take a self-portrait?  Lordy.  Tomorrow I’m going to experiment with the tripod and my timer.  Today I was using the bathroom mirror and trying to guess about how to hold the camera. 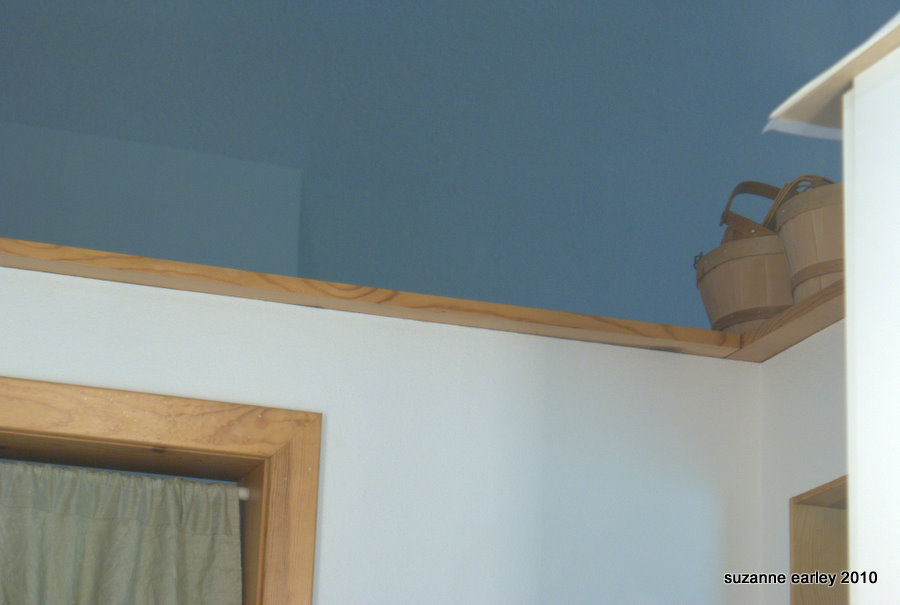 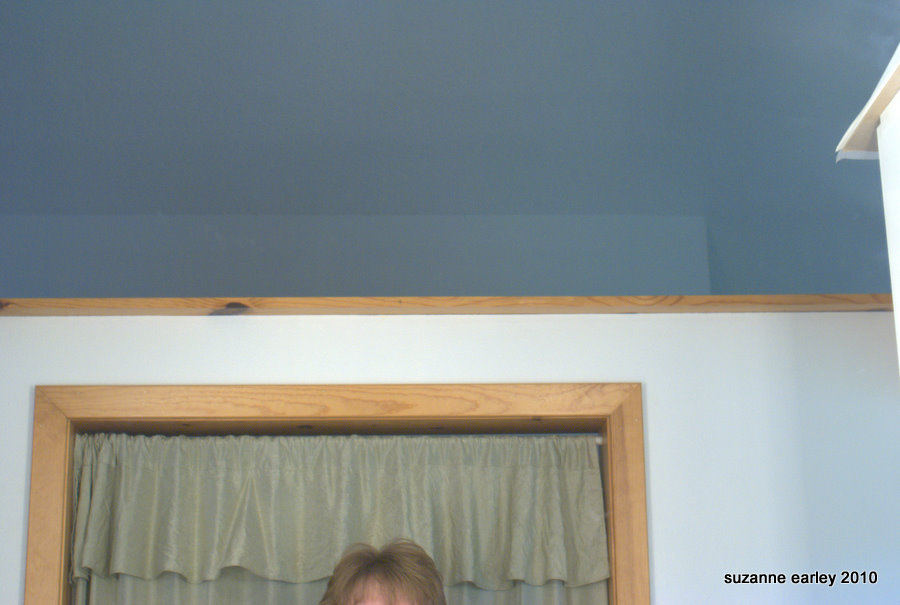 Well, that’s better, but maybe more than the top of her head? 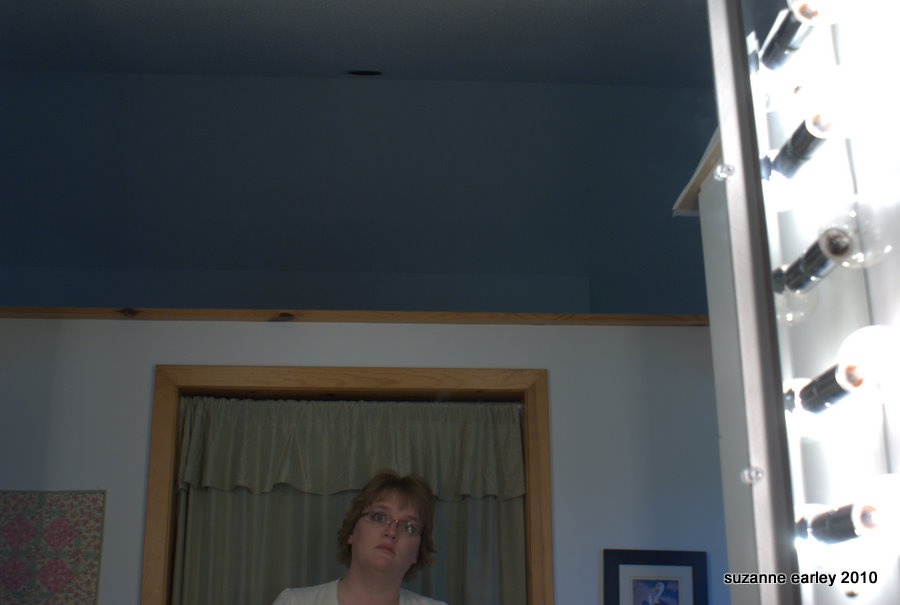 Mmmmmkay. Maybe not the zombie face. 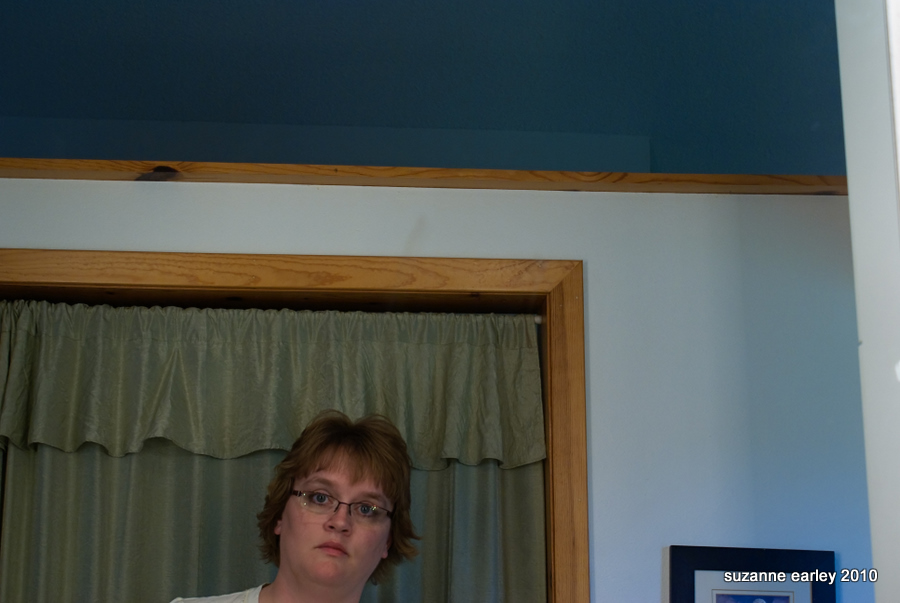 Uh. Yeah. Not so much on the depressed face, either. 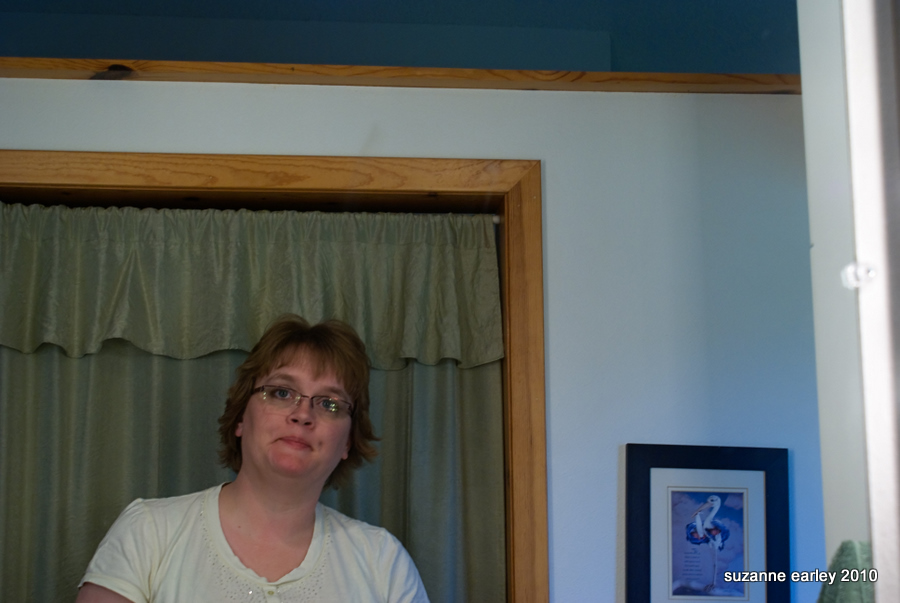 Oh, there you go, the pursed-lip annoyed face. 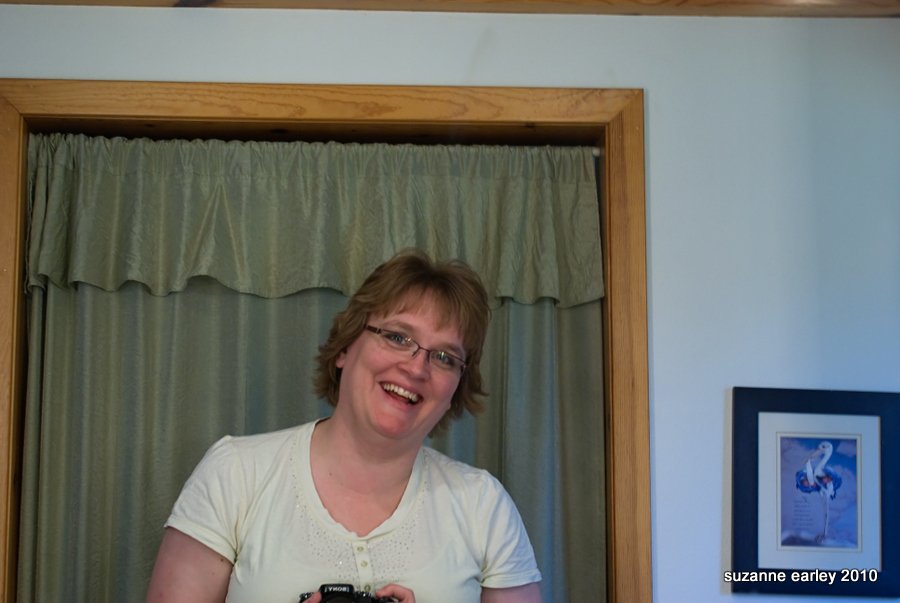 It’s OK, they aren’t laughing at you, they are laughing with you. Honestly. 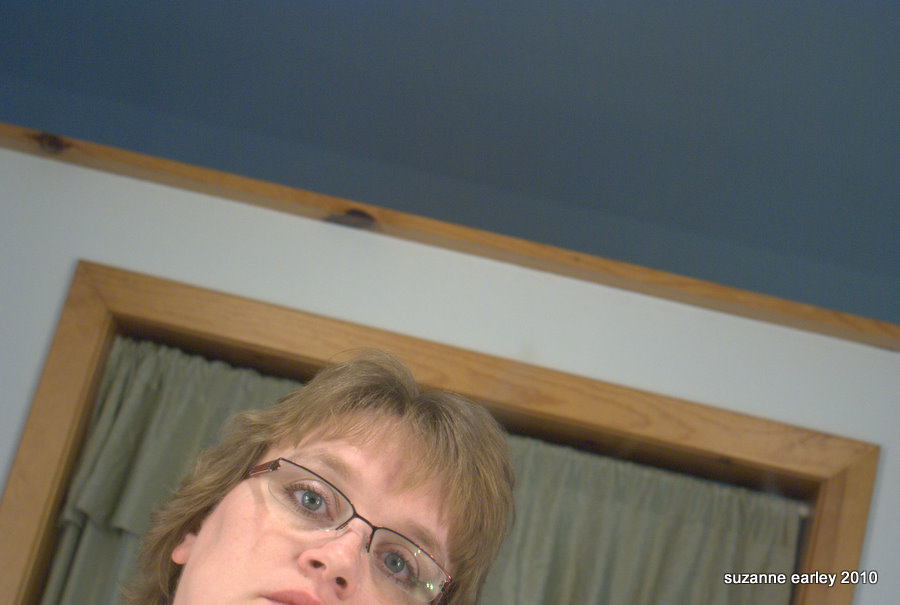 Whoops, there she goes cutting off half her face again. 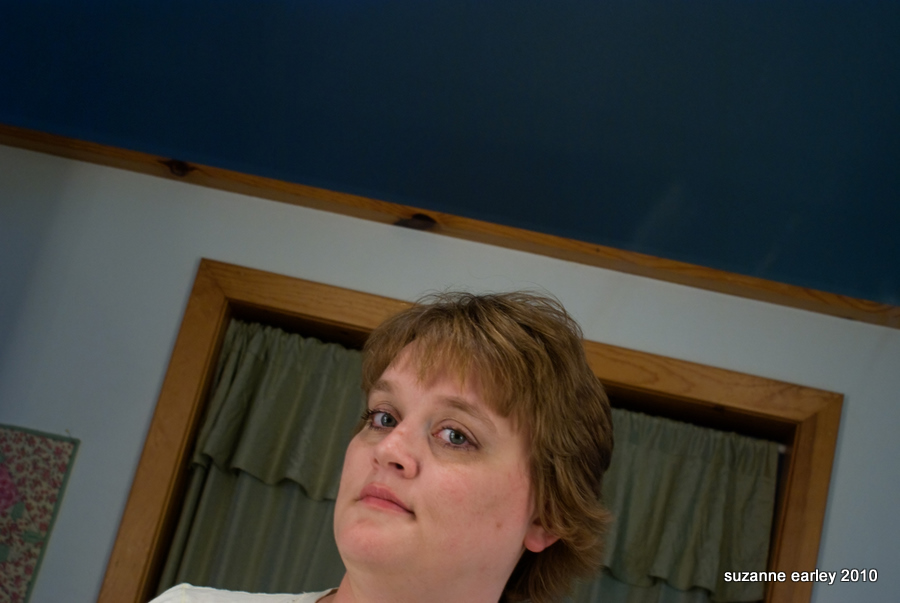 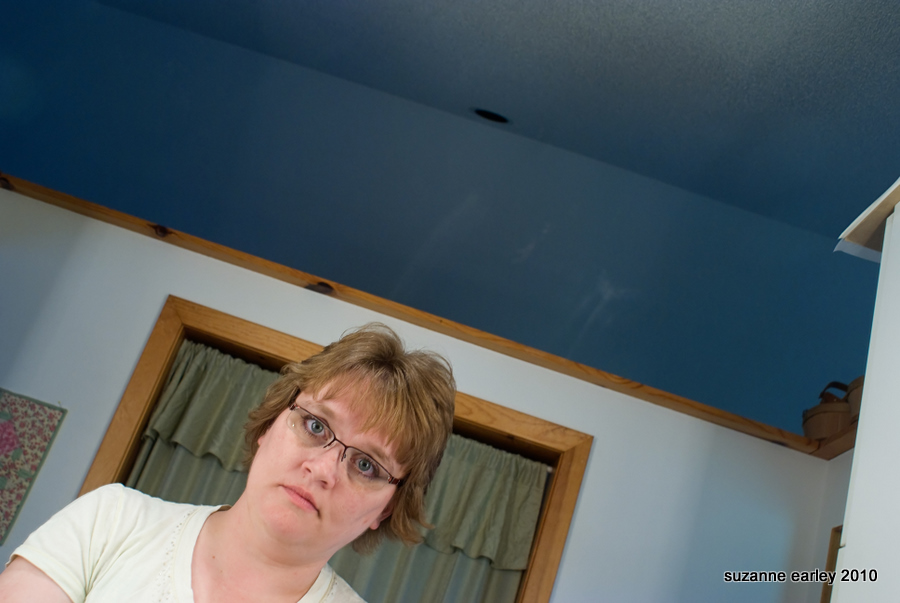 I wasn’t trying for a funky angle. Clearly, *I* was still straight, but my camera didn’t know what it was doing. Oh, and I can see from these pictures that my glasses need to be adjusted *again*. I just had them fixed last week. Sheesh.

So the moral of this story is…uh…I guess maybe there is no moral. Except maybe that Suzanne ought to remember to put on lipstick or lip gloss when she tries for self-portraits. Or something.

(Some of these photos were processed in Photoshop using The Pioneer Woman’s Boost action plus a noise reduction filter.  The noisy, washed out ones are SOOC.)