You are here: Home / Blog / Photography / June 6, Portrait of a Pissed Off Quilter 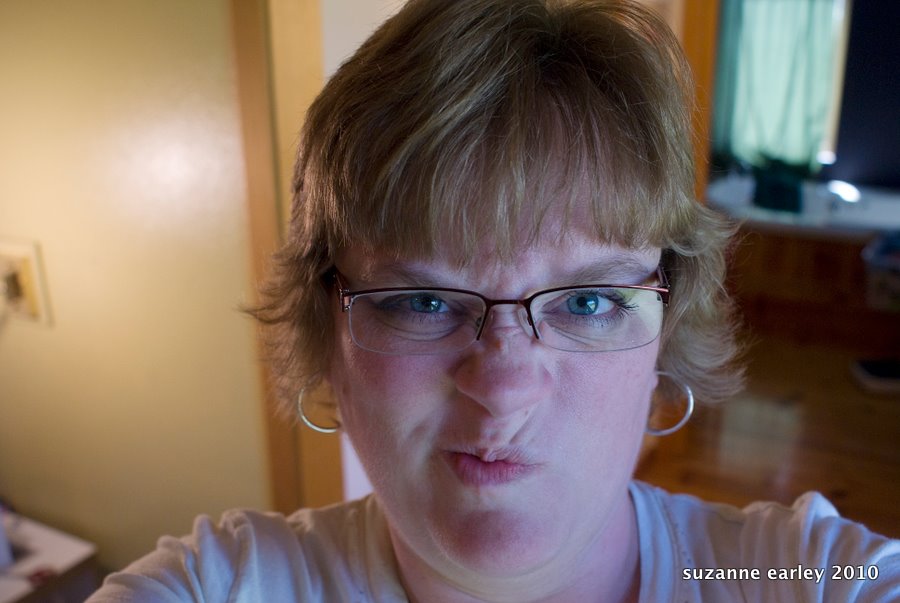 What’s with the face you may be asking?  Well, look at this freaking mess: 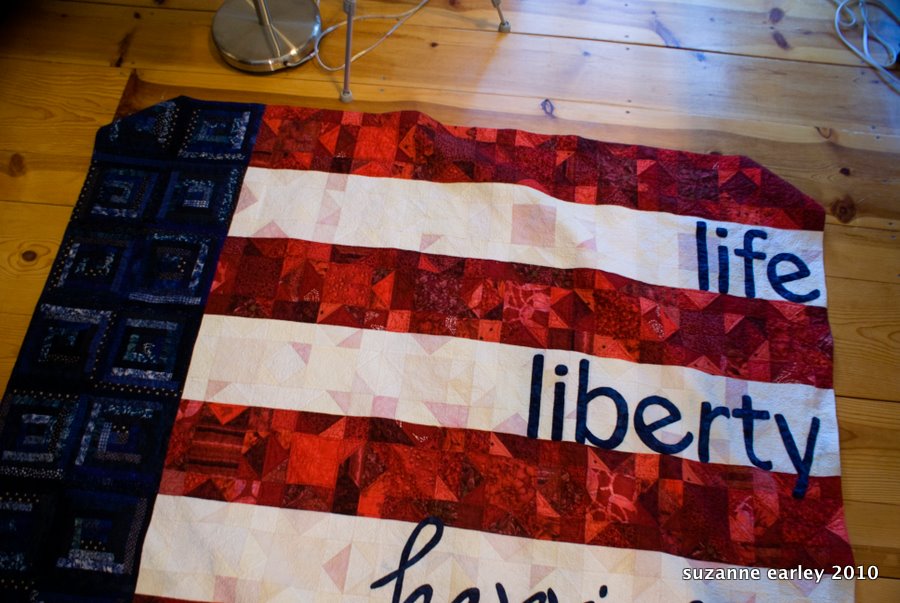 It’s not so much that some of the red bled.  It’s that there are THREE different fabrics in all of those scrappy cream fabrics that decided to be really good receivers of the excess red dye. 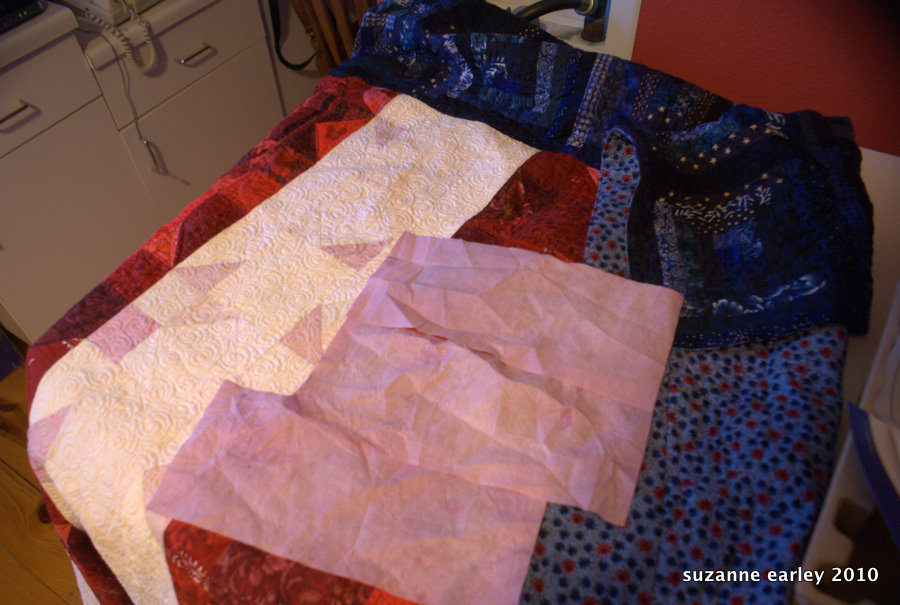 It’s been through the wash a second time.  Synthrapol again, and 3 dye catchers, which picked up a lot of color, and…yeah.  None of the formerly-creamy-colored-fabrics-that-are-now-pink look any different.

Now, I’m experimenting with a Clorox bleach pen on some of those spots to see what will happen.  If that doesn’t help, I have some other ideas. (And yes, I should prewash my reds, don’t lecture me.  As I said, it’s not so much that the red bled, it’s those damned creams that picked up the dye and won’t let go.)

In other news, this quilt is finally finished after about a million years: 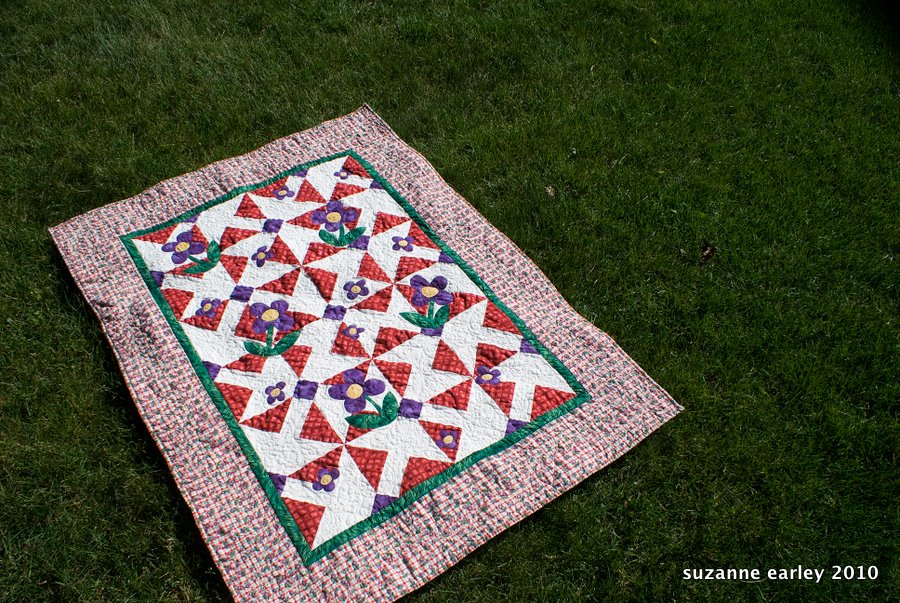 I pieced and quilted it…at least 5-6 years ago, probably longer.  I decided to be clever and do the applique stitching on the flowers AFTER it was quilted.  I had to do 3 of the leaf/stem units plus 9 of the little flowers.  Guess how long it took me to finish it this afternoon?
.

If you guessed “Not more than an hour” you’d be close.  It’s been languishing for YEARS, and I couldn’t find 1 stinking hour.  (OK, it had also needed to be bound, but I did that several weeks ago).

Mark’s cousin (not that one that just graduated from West Point, this is the graduate’s older sister) is expecting baby number 2 this summer.  Baby number 1 is 2 years old and I’ve had a quilt made for months, but never managed to get it sent.  Mark’s Aunt and Uncle are in town for the day, so I decided to get this one done and pass on both quilts so they are off my mental list.

Thanks for the kind words about my blog, I want to respond, but I won’t have time until tomorrow.

Oh!  Funny story before I wrap up for the day:

Mark got out his college physics textbook awhile back and every so often one of the boys sits and pages through it.  Will was looking at it yesterday and last night at supper asked his Dad if he knew what the Stefan-Boltzmann Constant was. (Mark did know, I keep having to ask what it’s called because I can’t make it stick in my brain.)

But I did ask Will “Why do you want to know?”

“Oh, I thought I’d try calculating how much radiation the couch is giving off.”

How awesome is that kid?

After some discussion we determined that because you needed to know the surface area of the object under consideration, he might want to try the calculation on something that had had an easier surface area to calculate.  I’ll let you know how that works out.