Today I logged my 16th day in a row of exercising.  I’m pretty sure Mark thought I would have fizzled out by now.

After two days of exercising in my pajama shorts, I decided that if I wanted to feel like an athlete, I had to look like one, so I got some workout clothes.  Two pairs of Champion shorts at Target (One is actually a skort.  I like skorts.)  Two tank tops from the sporting good store (Adidas, they were originally $40, I got them for $14.99 and $9.99.  I like saving money.) And some cheap sports bras at Wal-Mart.

Now, as I said I like saving money, but in this case, I debated about going cheap, and considered spending more money. And it turns out I should have listened to myself.  Cheap truly is the operative word for these sports bras.  There is more support in the tank tops than in the bras.

So…when I got an e-mail that Lane Bryant was doing a buy 2 get 1 free bra sale, I decided to try their sports bra out.  The Cacique bras from Lane Bryant are all I wear, although I’m stuck in  a really boring rut as far as the style I buy (plain old boring cotton, no frills or lace or nothing…).  I ordered the sports bra, plus some other styles to try to break out of that rut.

I was so excited today when I got my package.  Only.  There was a problem.

Oh sure, the sticker SAYS it is an ultimate sports bra (with the size artfully smudged out by Photoshop, cause I am so NOT sharing my bra size with you people): 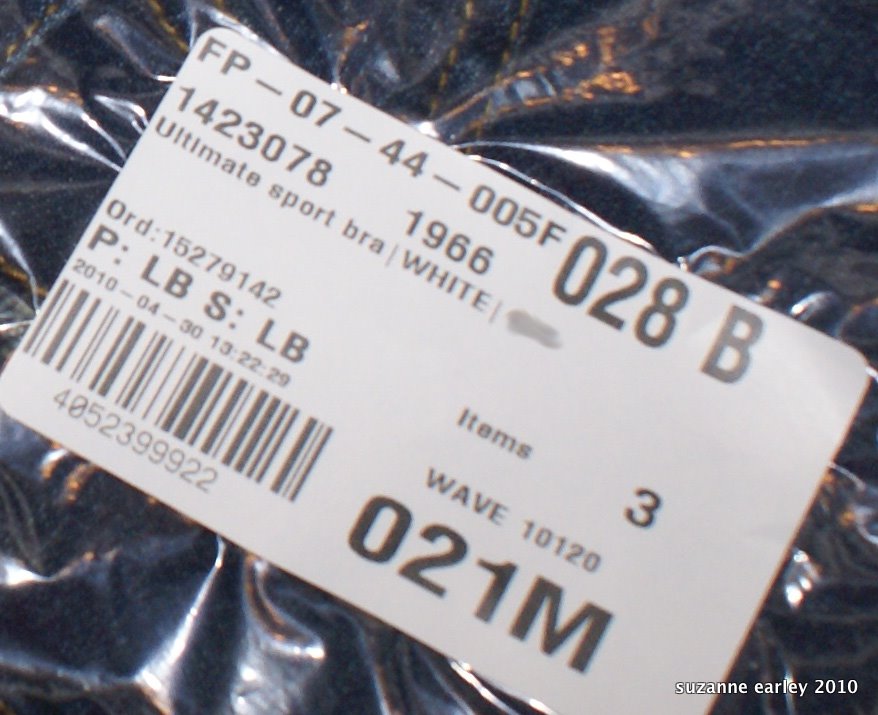 But somehow I don’t think these are going to be all that supportive when I go exercise tomorrow morning: 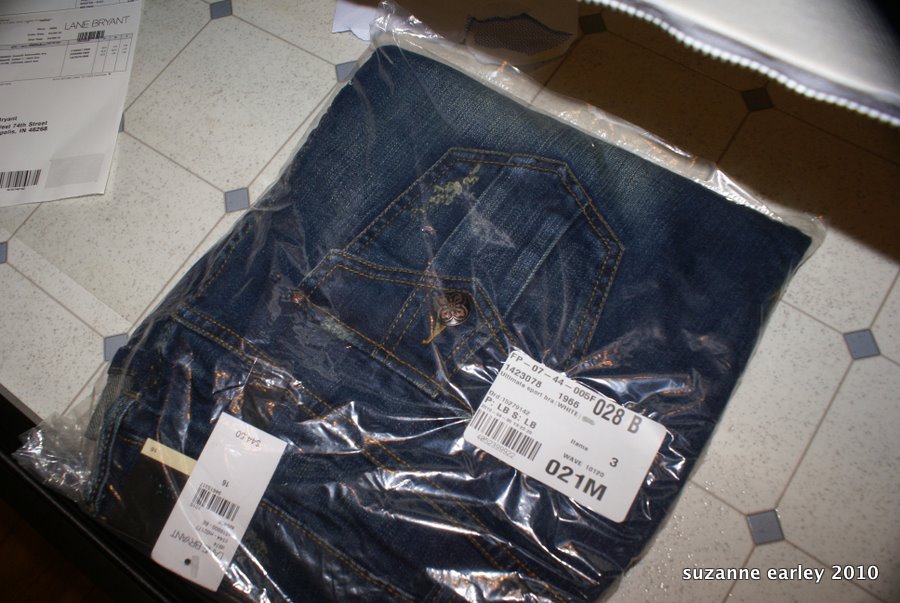 The Lane Bryant customer service person and I had a really good giggle over this, and she was working on getting an ACTUAL sports bra sent to me, as well as a prepaid label so I can return the shorts.

She was very nice about it, and I’m hopeful that the new package will contain the correct item.  But I have to wonder?  If it were YOU packing this order, don’t you think you’d have noticed that the bra you were putting into a box was shaped an awful lot like a pair of shorts?