You are here: Home / Blog / Other / Sweet Tooth

1. I know you were probably terribly disappointed not to have that picture of my in-progress binding, so, here you go: 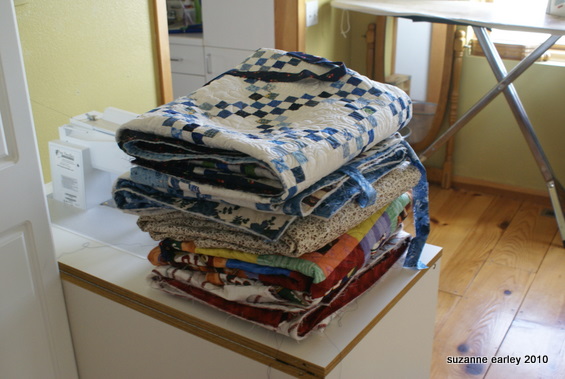 2.  Some days I wish I had nothing better to do than follow around the shaft of sunlight: 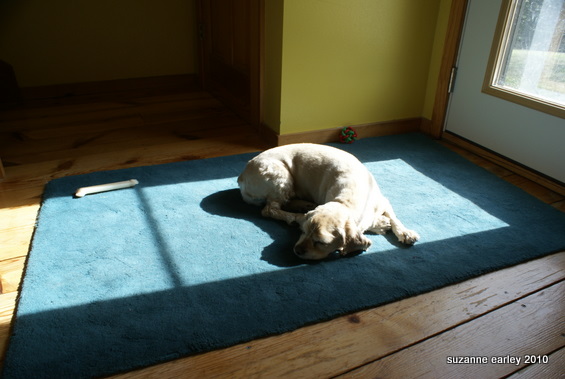 (She recently suffered through a haircut.  There was a small animal left over in the pile of hair we took off.  I stared at it wondering if there was a market for dog hair to make yarn.  No?  OK, never mind.

3.  Internet, I have a problem:  I have a very Sweet Tooth, and I know that in order to be a better healthier person, I need to cut out some of the sugar in my diet.

Technically, I suppose, I have a High Fructose Corn Syrup Tooth, but that doesn’t have the same ring as Sweet Tooth.

If were already a better healthier person I’d just drink water, but I apparently in addition to a sugar addiction I have a caffeine addiction, and I don’t drink coffee (I’m not only a picky eater, but a picky drinker.  Sue me.)  Also, I’m not ready to be that MUCH better.  I want to just be a little BIT better.

I refuse to drink Diet Coke or Diet Pepsi, and I’ve tried Coke Zero and whatever it is that Pepsi says is “just like” regular Pepsi, but zero-calorie, and frankly, I think the marketing people that try to tell you that Coke Zero and the Pepsi product taste “just like” the full-strength stuff must be smoking crack, because these products Absolutely Do Not taste the same.

(Oh, and I’ve tried the Pepsi Throwback, which is real sugar, and wow.  Yuck.  Like I said, apparently it’s the HFCS that I’m addicted to.)

(And yes, I drink the Pepsi and Coke interchangeably.  I can tell the difference, but I’ll drink them both.  Primarily Pepsi, though, because that’s what most restaurants around here serve). 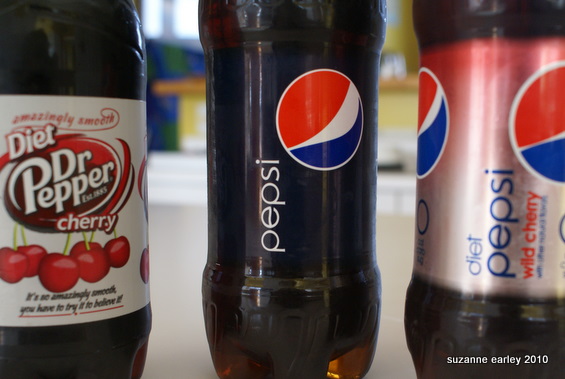 I’m on a mission.  Yes, I did buy some of the Real Stuff, but I’ve also got some other Stuff to try.  I thought maybe I could try the Diet Cherry versions of these guys, to see if it helps cover the fact that it’s Diet.    I’ve tried the Diet Dr. Pepper Cherry, and it’s acceptable.  I’ll give the Diet Wild Cherry Pepsi tomorrow and report in.

Yes, I know I’m trading the High Fructose Corn Syrup for Asparatame, but like I said, I can only be so much betterer at one time.  Cut me some slack.