You are here: Home / Blog / Family / Snappy and Clever Title

Happy Sunday!  Did you do anything exciting this weekend?  We had flashes of excitement here and there.  Mark got home Friday evening, he’d been in California all week.   He and the boys were out playing catch — and got to have their inner pyromaniacs entertained by the burning of the prairie across the road from us. 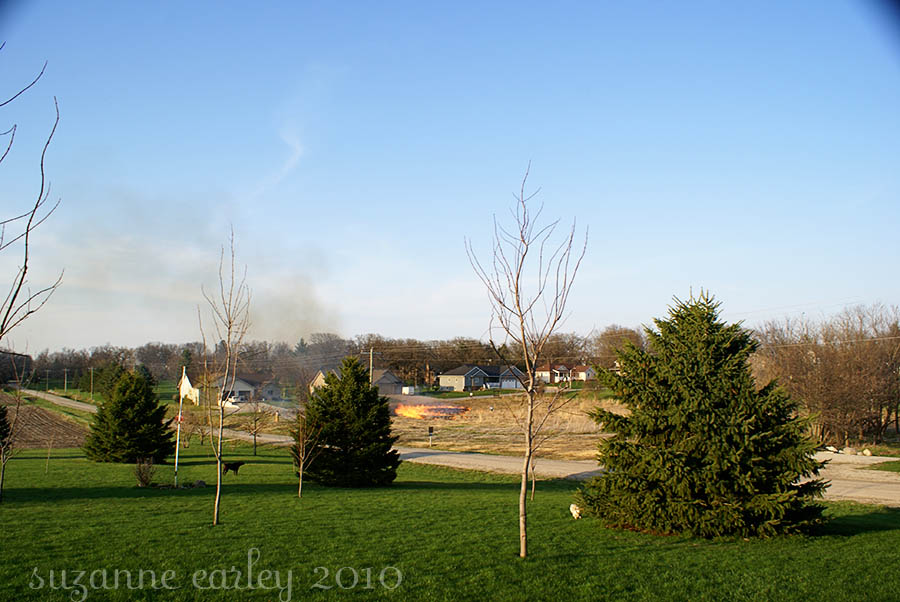 Every spring they burn it off.  It’s a little crazy to watch.  You can’t see them in this shot, but there are a handful of our volunteer firefighters standing by, helping out.  The dogs were quite entertained by the goings-on.  There were a LOT of people for them to bark at.

Saturday morning was really exciting:  we picked up Mark’s brand-new truck.  It’s a Ford F-150 FX4 SuperCrew with 6.5 foot box.  It’s huge.  The boys have enough legroom in the back that they could easily be taller than Mark and still be comfortable.

The experience was partly exciting because it almost didn’t happen.  We started doing paperwork and discovered that we had misunderstood part of the deal with our rebates/financing options:  we thought we were getting a better deal than we were entitled to get.

I hate buying vehicles.  And we even like our sales guy!!

We did get things figured out to our satisfaction, but it took forever to go through the delivery.  The truck has Microsoft Sync, and we spent most of the time having the salesman explain that, and frankly:  Mark and I could have figured it out faster on our own…

I finally got some pictures tonight when the boys came home from the farm.  I did get 2 phone calls from them while they were gone:  Mark’s cell phone is paired with the car (bluetooth) and it has voice commands, so he can push the phone button on the steering wheel, and then say “Call Home” and…voila!  They are talking to me!

They brought home the boys’ 4-wheeler, which is why the truck is backed up to the hill:  they were getting ready to push the 4-wheeler out on to the grass: 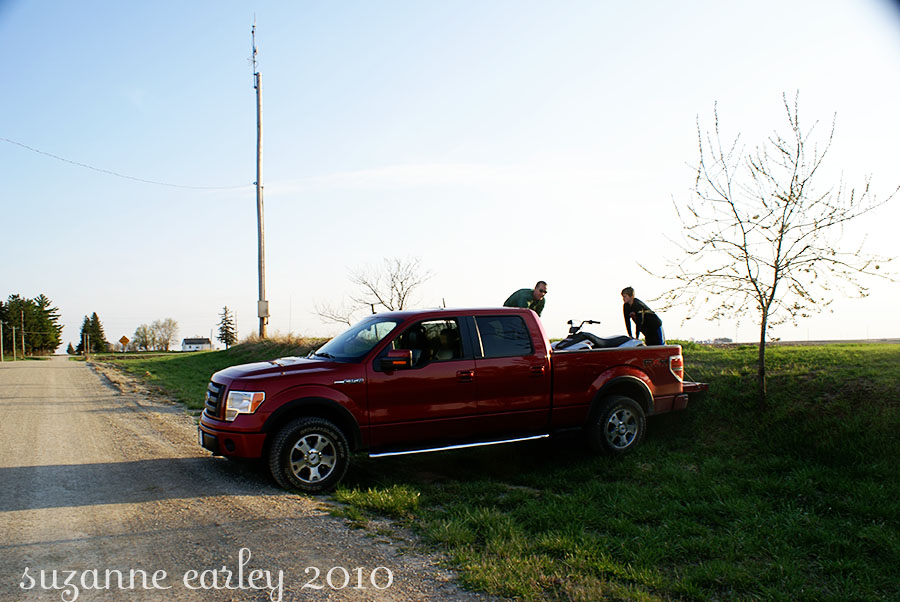 I don’t remember what Will was talking about.  I’m surprised he didn’t throw his hands up in his face before I snapped this one: 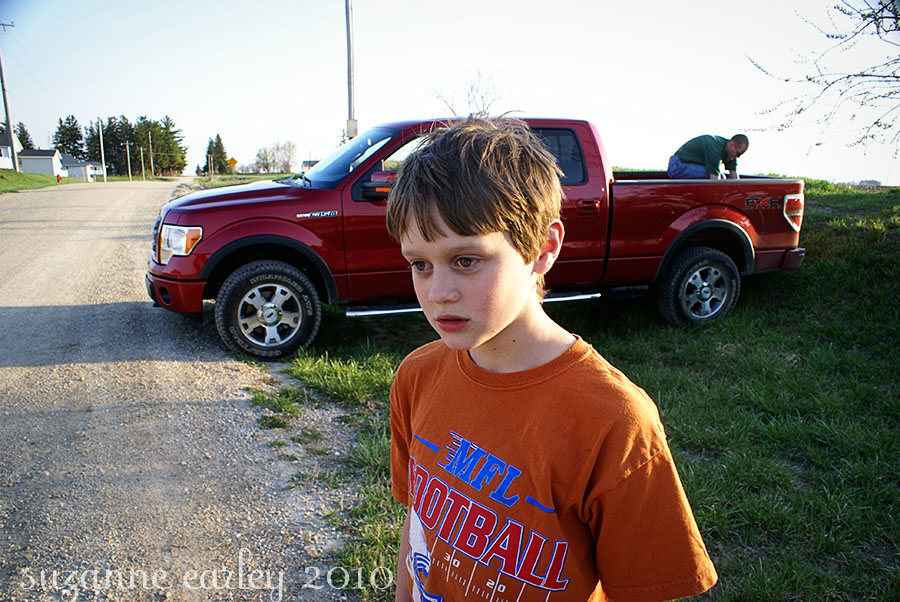 Come to think of it, that was really all of the excitement for the weekend.

Less exciting, but perhaps more interesting for my quilting viewers,  my design wall, although with terrible lighting: 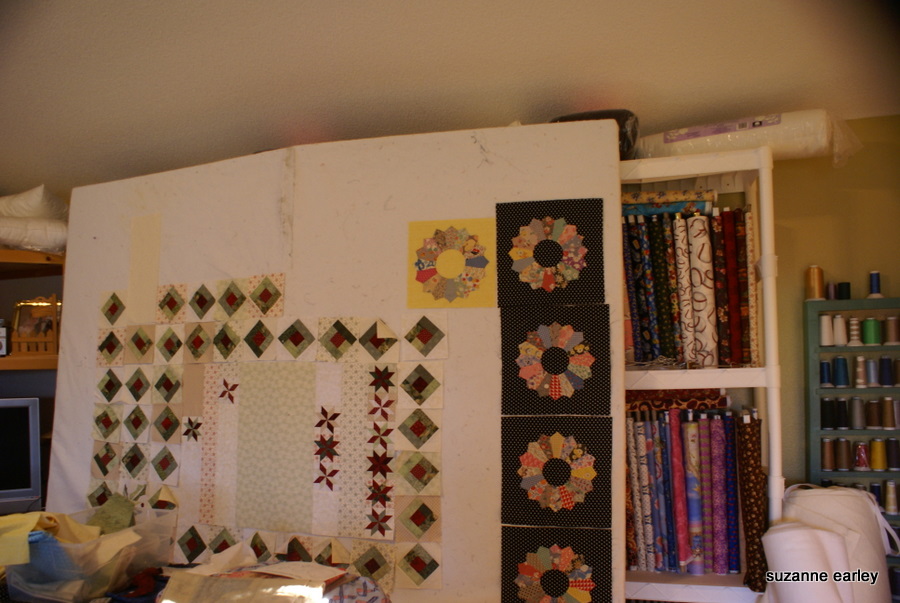 On the left we have Holly and Mistletoe from Where the Cold Wind Blows by Blackbird Designs.

On the right we have some of my Dresden Plates — I posted about receiving these as a gift awhile ago.  I’ve now got 4 hand-appliqued blocks done, plus one is about 10 minutes from finishing.  Today I decided that I’m going to put 4 of them on yellow to make a wallhanging for the women that gave the blocks to me (I have a total of 40 blocks, and they are big, so it’s not like I’m going to miss the 4 for her…).  I’m doing the black and white polka dot version by hand, but I decided to do the yellow on the machine…it takes almost 2 hours for me to hand applique one, and less than 10 on the machine.  I’m going to have to resist the urge to switch to the machine for the polka dots…slow is not bad, it’s just…slow!  LOL

The applique on the holly and mistletoe quilt:  that will be machine, because there are a bazillion leaves and I am NOT doing them by hand.   By machine will be slow enough…

Have a great week, I hope it’s exciting, but not TOO exciting.