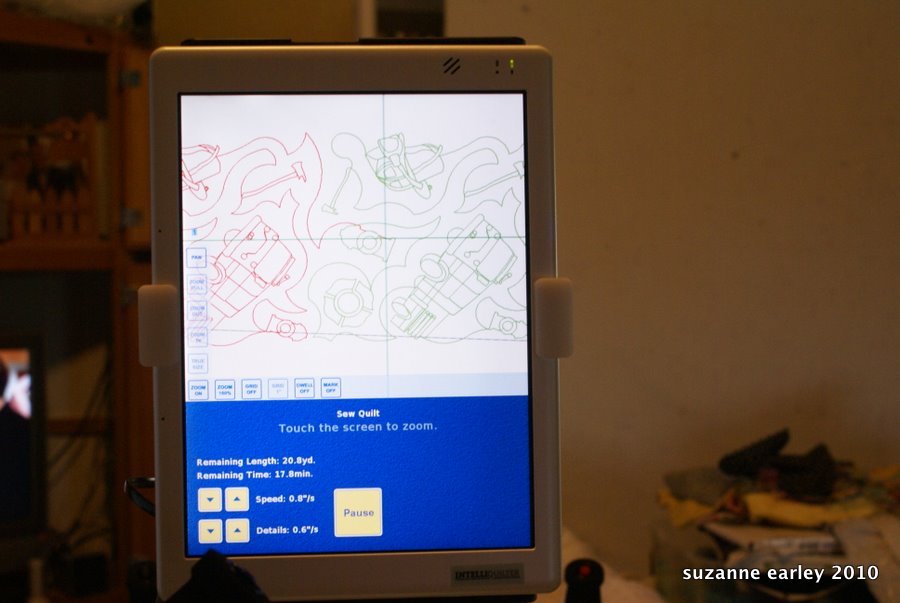 I know that some of you think that using a computerized system on a longarm is cheating, and I respect that, but I have to tell you, if this is cheating, I don’t feel this least bit of guilt.

Today, I’m working on a quilt that a customer brought to me with a pantograph pattern that had firetrucks and hydrants on it.  I do not do paper pantos (I never did them BEFORE the IQ, and there’s no way I’m going to do them now…).  Unfortunately, the one they brought me has not been digitized, but I did some looking around and found another one that was acceptable to the customer.  Only, it had some detail on it they didn’t want:

The customers husband is a retiring firefighter and he didn’t want the IFF initials on the cross.  She was concerned that it wouldn’t be possible to remove, but I reassured that it was easy peasy.  And it was.  I just split them out on the IQ, deleted the initials, recombined the rest of it, and…away I go.  OK, away IQ goes.

The pattern is super detailed, and it takes next to forever to do an entire pass, but, that’s OK:  I’m not standing there doing it.  The quilt is really busy, and you can’t really see the quilting all that well: 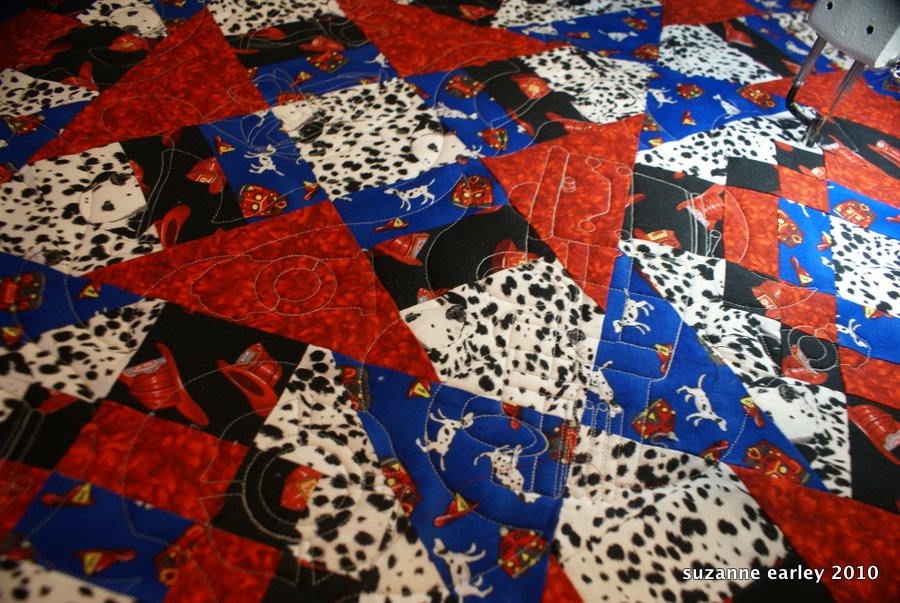 Not to mention the fact that I’m pretty sure I have a camera problem:  some pictures I took yesterday in good lighting were crap…

I am going to be doing the borders separately, they are appliqued, so I’ll show that off when I get it done.

Right now, though, I have to go buy tickets and seat savers for the movie:  Diary of a Wimpy Kid is showing, anyone want to come?