Well, dang it all to heck, the weather people called it.  We have a blizzard.  Instead of enjoying myself at a fabulous concert in Iowa City, I’m sitting at home pouting.

I’d better quit that if I want Santa to bring me one of these:

I want to learn to play the guitar.  I realized last night that I’ve been playing the piano for almost 30 years.  Yikes.  It’s not very portable, though.

I’m apparently in a very pink mood lately.  I’ve made some more progress on the pink quilt I showed a few days ago, but it doesn’t look much different than it did in that post.

That’s because I got a little bit distracted.  I’m still plugging away during the work day on this: 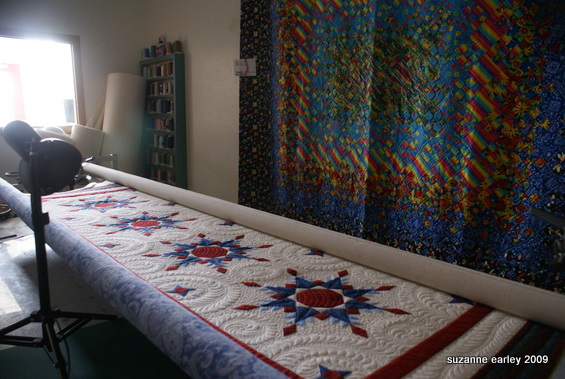 (Only…10? of the wreaths/partial wreaths to go…)

And dreaming about making a Radiant Star of my own.

My color scheme certainly isn’t original, but I’m giving credit to the fact that I’ve been wearing this lately: 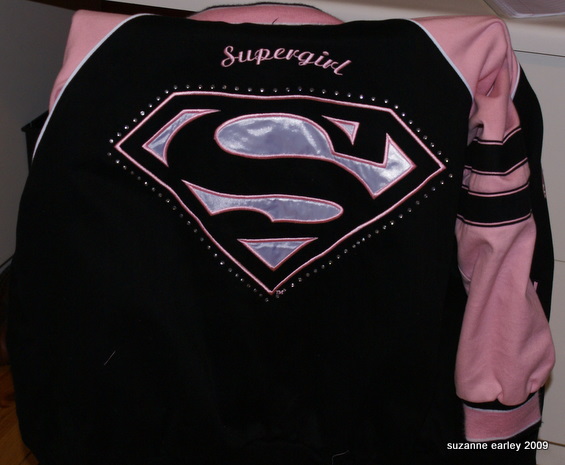 (I love wearing a Supergirl jacket.  I get comments from random strangers in the post office.  It’s awesome.)

The color is really off in this photo.  The block is MUCH prettier than this in real life: 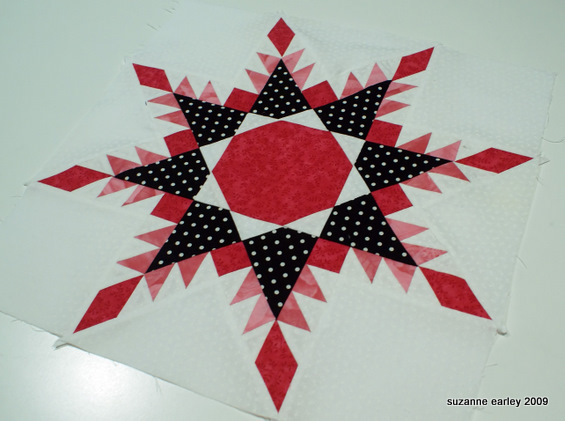 I’ve been mentally thinking of it as “Son of Radiant Star,” but I suppose “daughter” would be more appropriate.

I just wish I were working on something blue, so this whole post could have been about how BLUE I am tonight.

Yes, there were tears.

Yes, we tried to make the drive, but the wind was worse than Mark had experienced just 30 minutes earlier.  We only made it about 6 miles before we turned back.

School is already closed tomorrow, and with the way the wind is whipping around, I may or may not make it out of the house.

I just love Iowa.  And winter.  And snow.

Blizzard conditions are expected tonight and tomorrow with wind speeds of 20-35 mph and gusty. Snow totals will range from 6-12″ with isolated 15″ amounts. The wind will diminish to 10-20 mph on Thursday but this is still strong enough to blow the snow around. Cold temperatures will follow this system with highs mainly in the teens.