From the front, I couldn’t see it. 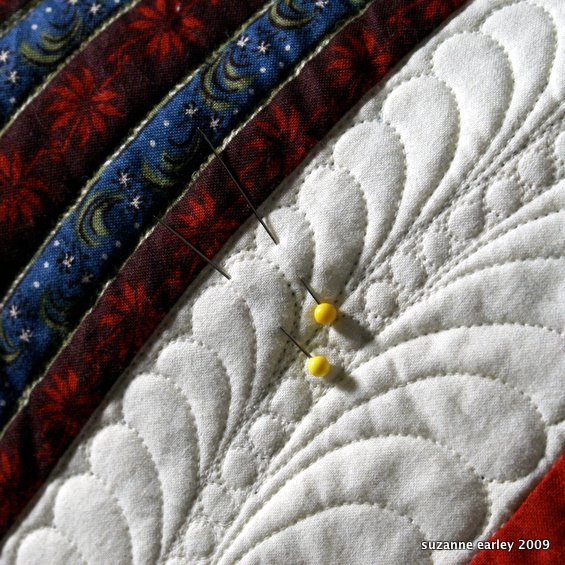 But when I was pulling it off the frame, yes, there was a spot of thread snot. 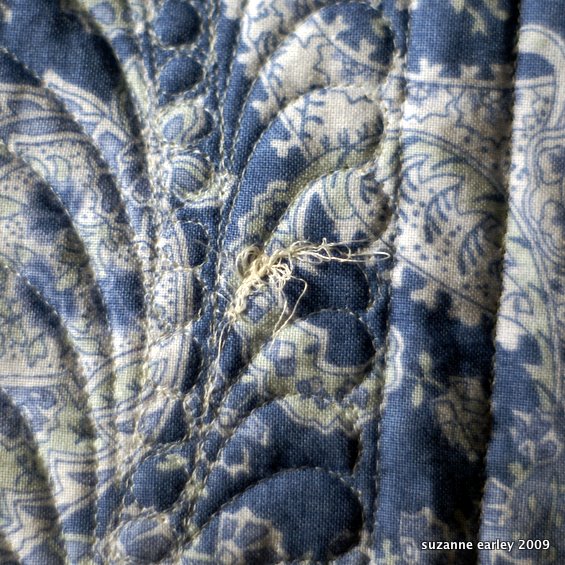 You have my permission to make use of that term.  It’s highly technical, you know.

I should have marked it last night when I first found it, because it took several minutes to re-find it this morning.   I’m not entirely sure where that bit of thread snot came from.  It doesn’t look like a thread shredding incident, and those incidents I usually know about because they make a nasty sound and then eventually the thread breaks.

That nasty spot has now been fixed, the edges are trimmed and this baby is ready for binding.  Only, I can’t decide what to bind it with. I washed some fabric last night, and now that I’m looking at it, I don’t like it.

I was hoping to take some pictures at home this morning, in the good light, but…I got a pretty slow start this morning.  And, there was a 2 hour school delay, so the boys were occupying the space where I usually lay quilts out for photo shoots.

Now that I’m at this point, it’s time to get some other stuff moving.  Having this one done is a huge weight, and suddenly my list of things to do before Christmas seems alot more manageable.

Though, there’s plenty on it, so I’d better get moving.