I thought I knew what I was going to do with the binding, and even washed up some red for it (one of the reds from the stars), but unfortunately, it looked like crap.  I was either going to cut off part of that outside stripe: 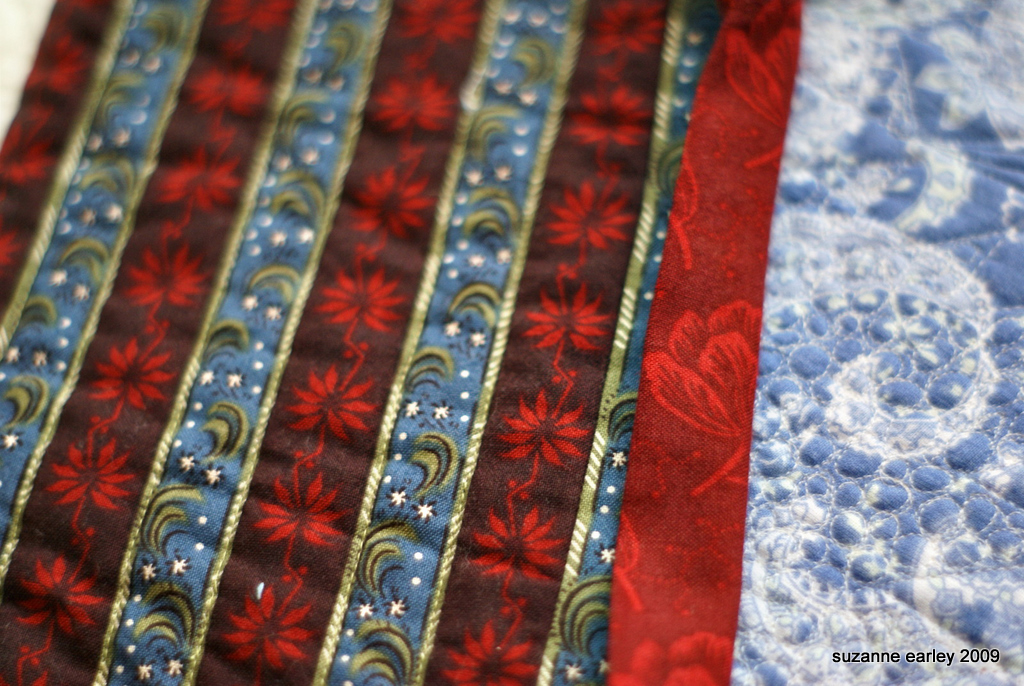 Or I could have covered up that outside stripe: 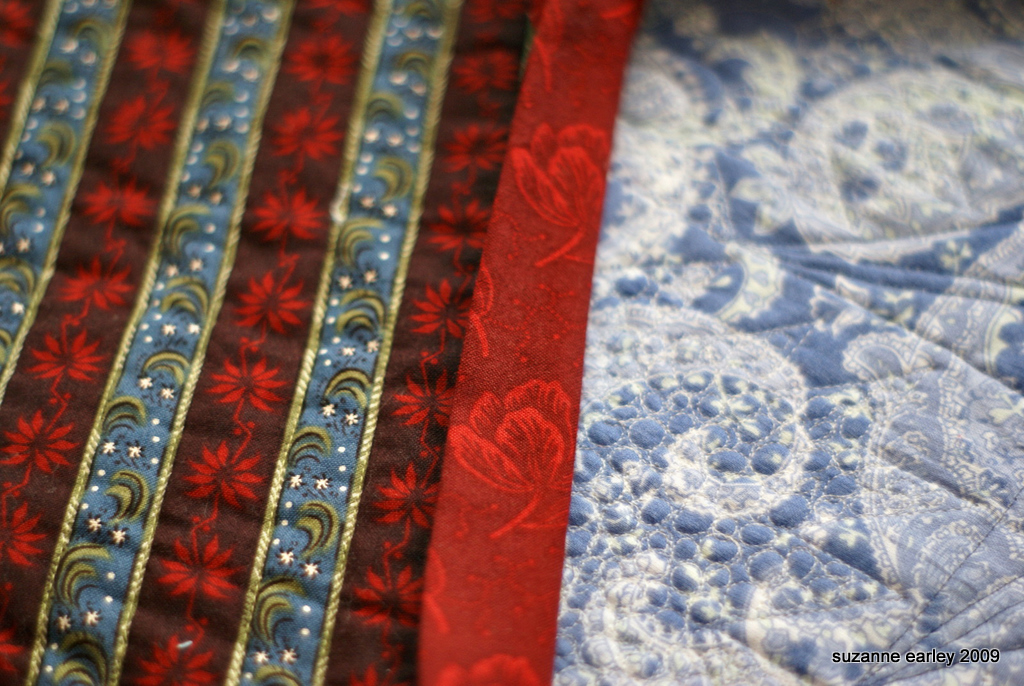 But I didn’t like the way the red looked up against the stripe, and I preferred the look of the blue and green stripe on the outside edge.

Next up was a black fabric, that I thought I could use as just a frame: 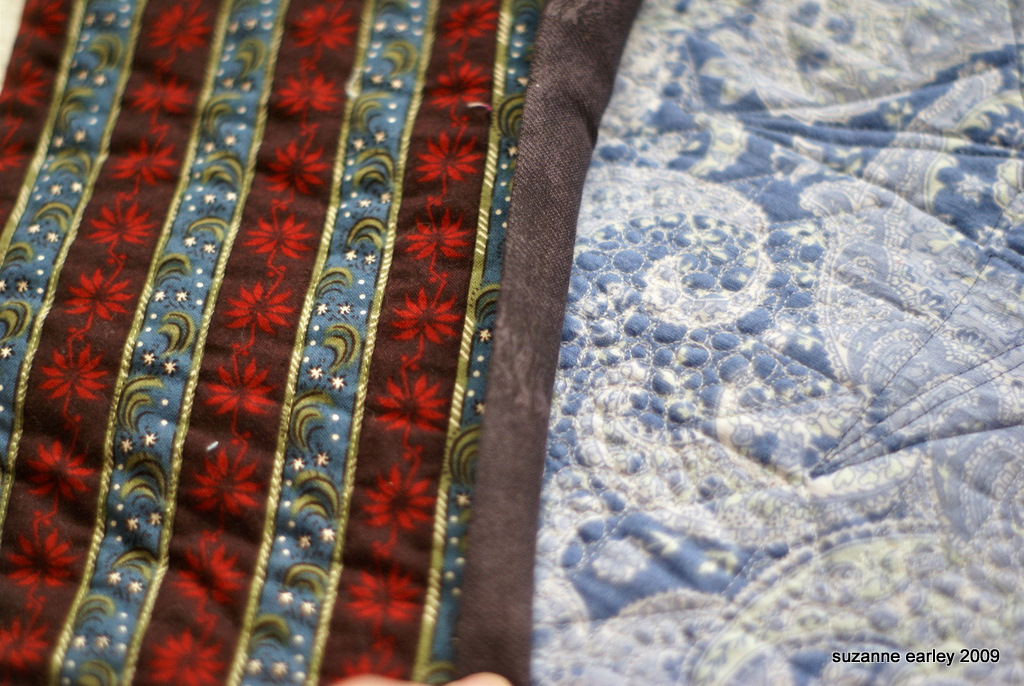 Again, it was either cut off that outside stripe, go with the red at the edge, or cut the border narrower to end up with a blue green stripe on the edge. 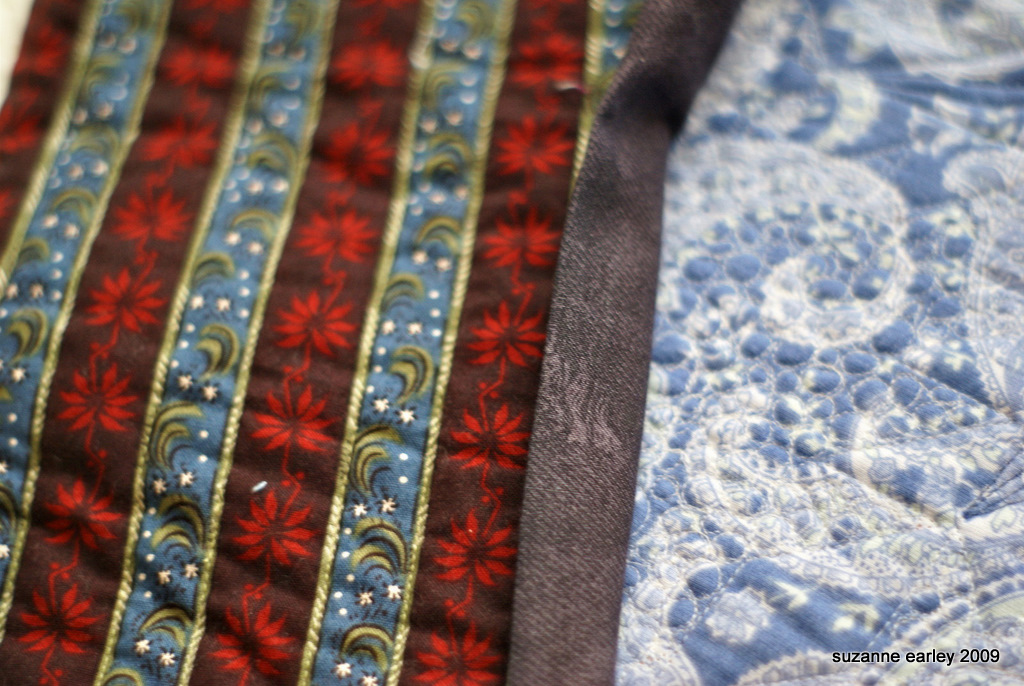 OR, better yet:  I could fussy cut (and fussy sew…) the binding and voila: 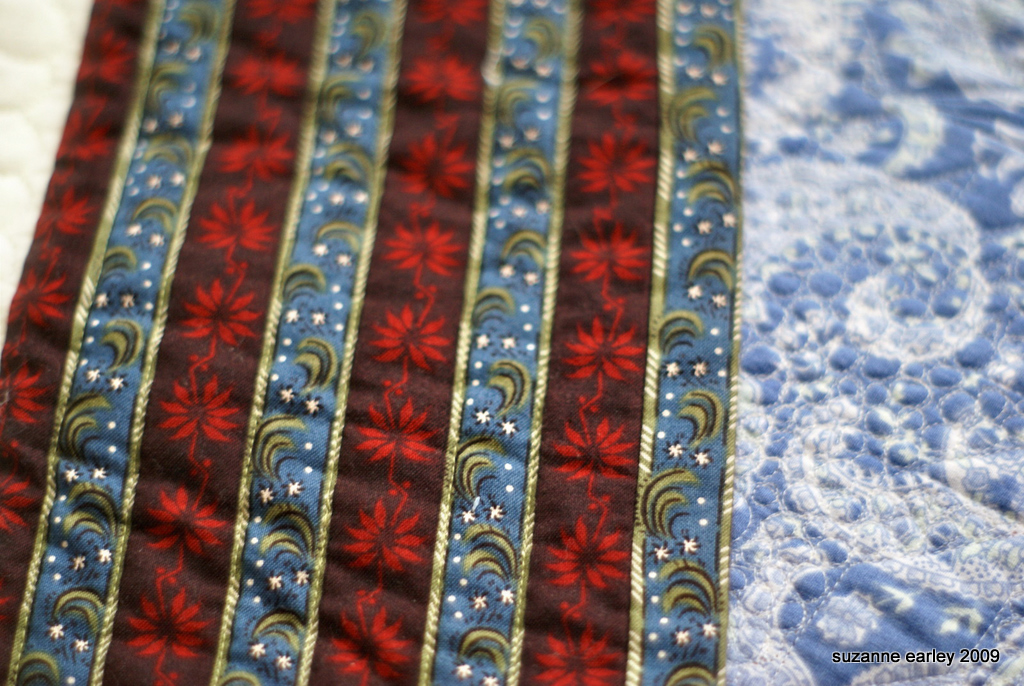 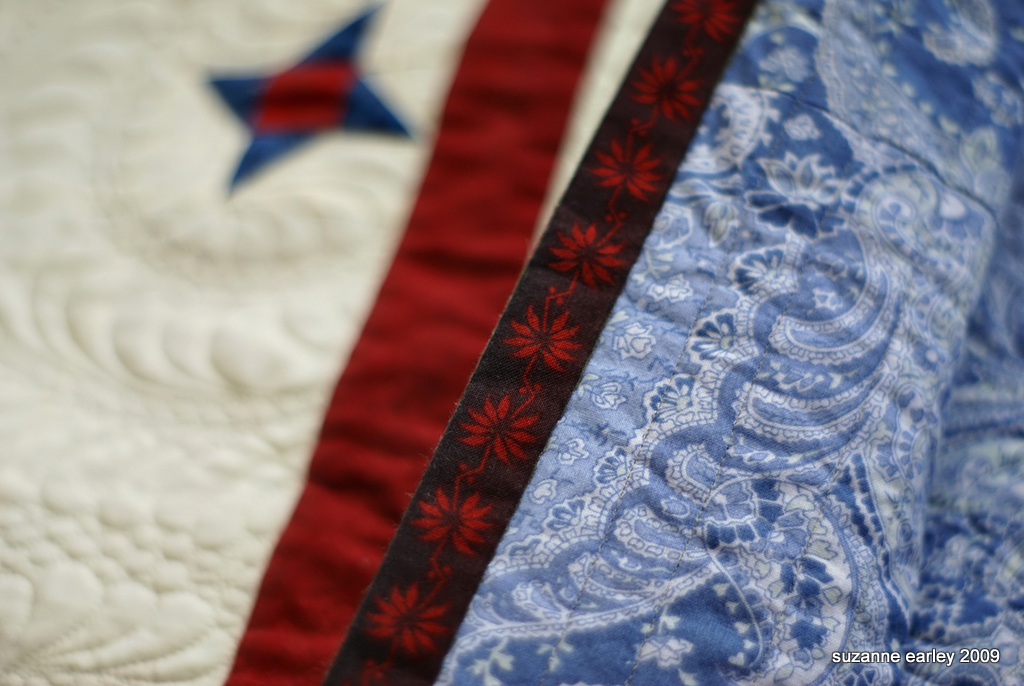 I’m pretty proud of it!  Up next, photos of the whole quilt!